Outlets: offers that include 58 thousand goods... and discounts exceeding 50%

Officials of outlets in Dubai, Sharjah and Ajman confirmed that discount offers were offered on a large number of basic food and consumer goods, at rates exceeding 50%, in line with the country's celebrations of the golden jubilee of its founding. 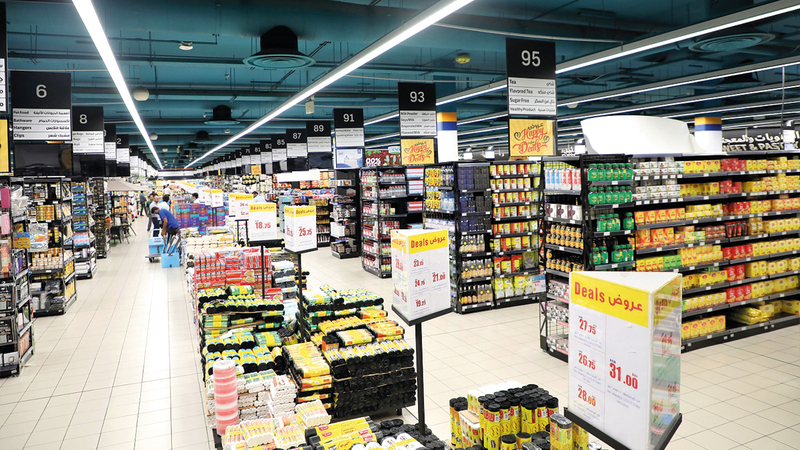 Outlets: offers that include 58 thousand goods... and discounts exceeding 50%

Officials of outlets in Dubai, Sharjah and Ajman confirmed the offering of discount offers on a large number of basic food and consumer goods at rates exceeding 50%, in line with the country's celebrations of the golden jubilee of its establishment.

They told "Emirates Today" that the reductions are the largest in years, whether in the number of goods or the extension period of the offers, which in some of them reach 100 days, while the total number of goods that were monitored reached 58,000.

In detail, the CEO of "Union Coop", Khalid Humaid bin Dhiban Al Falasi, said that the "Coop" has put forward expanded initiatives to keep pace with the celebrations of the "Fifty" or the 50th National Day of the country, most notably allocating 50 million dirhams to reduce the prices of 20 thousand food and consumer goods at rates exceeding 50 %, and for a period of 100 days, pointing out that the discount campaigns started on the 10th of November, and it is one of the largest campaigns in terms of time.

He added that the extension of the discount campaign periods allows consumers to shop at different times and avoid crowding to buy at specific times, indicating that the reductions include basic food and consumer goods, most notably rice, meat, poultry, canned food, fruits and vegetables, and other products.

In turn, the official spokesman for the "Aswaaq Group" centers, affiliated with the "Government Investment Corporation of Dubai", Abdul Hamid Al-Khashabi, said that the group offered, within its outlets, discounts of up to 50%, on the occasion of the country's celebrations of the 50th National Day.

He stressed that the cuts, which started in mid-November and will continue until the fifth of next December, include an expanded number of goods, close to 4000.

In the same context, the Director of Community Relations and Public Relations at "Sharjah Cooperative", Faisal Khaled Al Naboodah, said that "the cooperative" accompanied the celebrations of the 50th National Day of the country, through extensive campaigns of discounts, which are considered the largest in the number of covered goods or their extension periods, indicating that they include 20,000 goods, with discounts of up to 50%, and will last for 50 days, beyond the National Day holiday on the second of next December, pointing out that the "cooperative" initiatives also included the goods displayed on the website.

He explained that the initiatives of the "Sharjah Coop" also include giving shoppers throughout the campaign days the opportunity to obtain double points from the "My Cooperative" rewards program on more than 2,500 products, as well as selecting 50 winners, each of whom will receive 50,000 points, within the rewards program. Which allows shoppers to convert points into purchases.

In addition, the Director General of the Ajman Cooperative Markets Association, Sami Muhammad Shaaban, indicated that the cooperative offers discounts of up to 50% on up to 4,000 commodities, on the occasion of the country’s celebrations of the 50th National Day, and for a period that will last between November 24 and December 5 next.

He stressed that the goods covered by the discounts include various food commodities, such as rice, fruits, vegetables and poultry, in addition to canned goods and a number of different consumer goods.

Director of Marketing and Corporate Communications at Lulu Group International, Nanda Kumar, confirmed that the group offered discounts on more than 10,000 items through its outlets in the country, at rates exceeding 50%.

Kumar explained that the discounts do not focus on food commodities only, but include ready-made clothes, electronics, and a number of consumer products, allowing consumers to have a variety of options.

• The discounts are the largest in years, whether in terms of the number of goods or the duration of the offers.