20% cut in fuel tax... Only gas stations that have lowered oil prices are 'crowded'

The government has decided to cut some of the tax on oil and fuel tax from today. I expected the effect of lowering the price of oil, but today, the first day, the price tag was very different at each gas station. 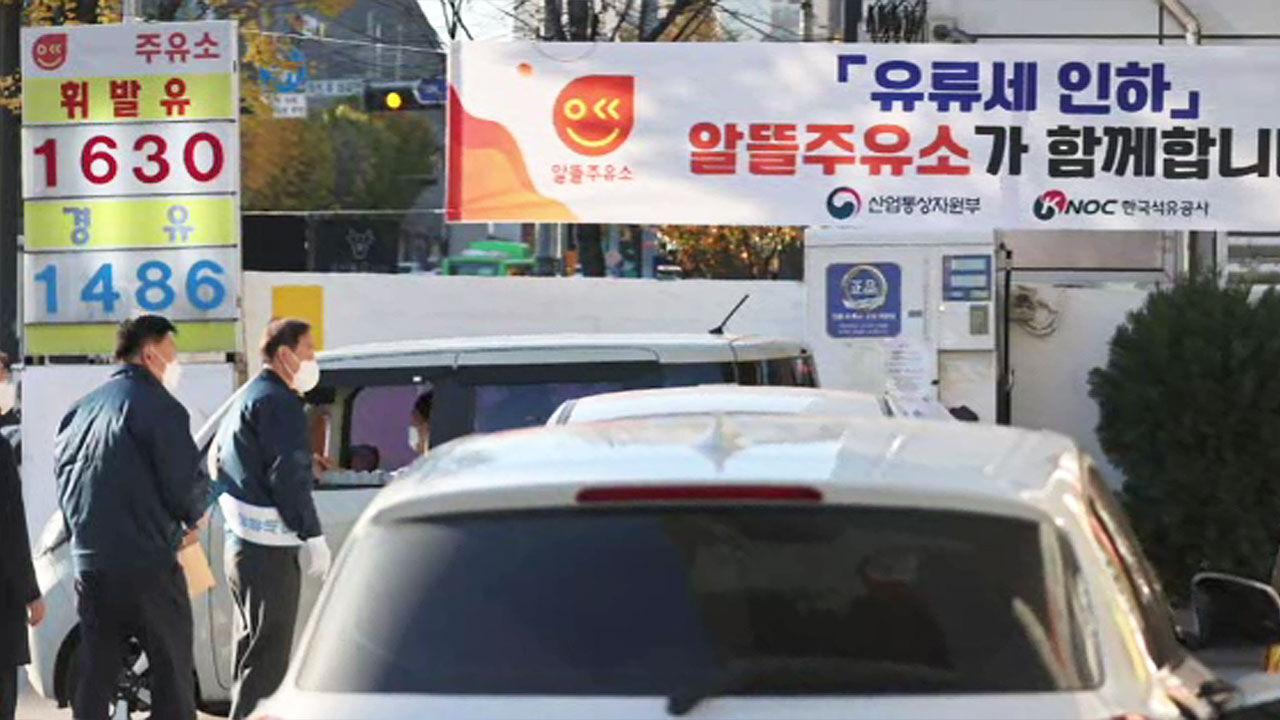 today (12th), the government has decided to partially reduce the oil tax and oil tax. I expected the effect of lowering the price of oil, but today, the first day, the price tag was very different at each gas station.

A gas station in Yangcheon-gu, Seoul.

We lowered the price of gasoline by 164 won per liter from yesterday.

This is a gas station that lowered the price of gas today by the same amount as the fuel tax cut.

As you can see from the back, cars are waiting in line.

We had to wait for more than 15 minutes in a line of nearly 200m, but the expressions of the drivers were bright.

[Park Nam-gu: Trucks run, but trucks use a lot of oil. It's good that (oil price) goes down. Our ordinary people.]

Other gas stations nearby had a completely different situation.

As the fuel tax cut has not yet been reflected, customers have stopped coming and gas stations are empty.

[Kang Jae-seok: When it went up to 1,800 won, I had to use public transportation (it was a burden). If I want to reflect the (fuel tax cut), I would like it to be reflected.]

This is because it takes time for products with reduced fuel tax to be delivered from gas stations to individual gas stations, and there is still stock left at each gas station.

[Gas station officials: There are many gas stations that do not receive the desired quantity even today because the stocks in the storage stations are all gathered at once.] The

national average price of gasoline is 1,765 won per liter, which is 45 won lower than yesterday.

27% of the fuel tax cut of 164 won, reflecting only the proportion of directly managed and thrifty gas stations.

Based on past cases, it is expected that it will take a week at the earliest, or more than ten days at the longest, for the fuel tax cut to be reflected in the average price.