Procter &amp; Gamble and Unilever want to increase their prices, which may affect you and me 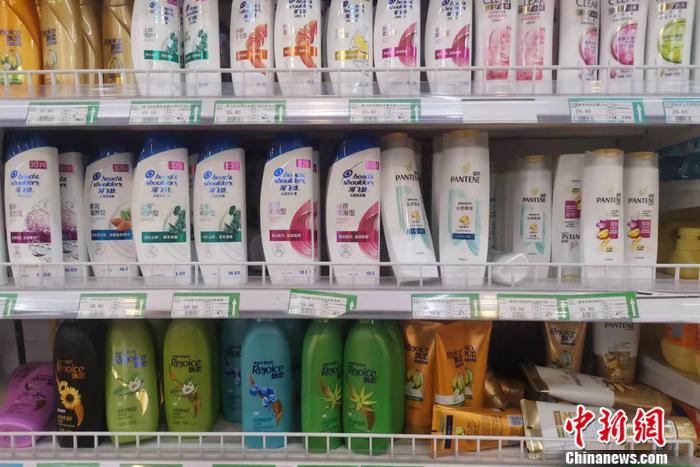 After the diapers are up, the price of toothpaste will also increase?

Both revenue and net profit fell.

Procter & Gamble pointed out in its financial report that market price fluctuations of commodity input materials such as resin and pulp have a direct impact on costs.

Due to energy shortages, port congestion, labor restrictions, shortages of freight containers and trucks, the company's manufacturing, supply and distribution business has been disrupted, which has also affected costs and may continue to have an impact in the future.

"If the company is unable to overcome these effects through pricing actions, etc., it may have an adverse impact on the company's gross profit margin, operating profit margin, net profit and cash flow." Procter & Gamble said.

The picture shows some washing and care brands of Procter & Gamble sold in supermarkets.

According to a CNN report, Procter & Gamble said on October 19 that it is increasing the prices of some beauty, cosmetics and oral care products to cope with higher costs.

Although P&G did not specify which brands will increase prices, an e-mail sent to dealers by P&G obtained by CNN indicated that

Olay, Crest and Oral-B products will be more expensive

In September, P&G announced that it would increase the prices of Pampers diapers, Always and Tampax tampons.

The financial report shows that Unilever's basic sales increased by 2.5% to 13.5 billion euros, and the price increased by 4.1%, which was an increase from the first half of the year.

In this regard, Unilever explained, “because the company has taken pricing actions to offset the impact of rising commodity and other input costs.”

Unilever also revealed in its financial report that “cost inflation is still at a high level, and this situation will continue into next year. The company will take appropriate pricing actions and implement a series of productivity measures to offset the increased costs.”

"Inflation may be higher next year, and as the hedge expires, the company may have to deal with spot pricing."

Not only Procter & Gamble and Unilever, but Kimberly-Clark, which owns brands such as Shujie, Curious and Colgate, also said on October 25 local time that the company plans to raise prices for the second time this year to reduce "severe inflation." "The adverse impact caused.

"We expect to offset inflation through pricing and cost reduction," Kimberly-Clark CEO Michael Hsu said on the company's third-quarter earnings conference call on the 25th.

In addition to daily-use chemicals, the food sector has already ushered in a wave of price increases.

Recently, with the announcement of the third-quarter financial report, beverage giant Pepsi issued a price increase warning; in April this year, Pepsi’s "old rival" Coca-Cola announced that it would increase product prices; Nestlé, also an international food and beverage giant, said recently "The company increased prices by 2.1% in the third quarter."

In addition, in August this year, the multinational food company Orion confirmed to the domestic media that the prices of some pie products will increase from September 1; the domestic food giant Dali Group issued a notice to distributors on price adjustments for some of the three major food series.

A wave of price increases is coming to consumers, are you ready?