China, the world's largest emitter of greenhouse gases, will advance to climate talks in Glasgow next week with a bold agenda for the first time, promising to take major steps to halt fossil fuel use and commit to net zero emissions before 20 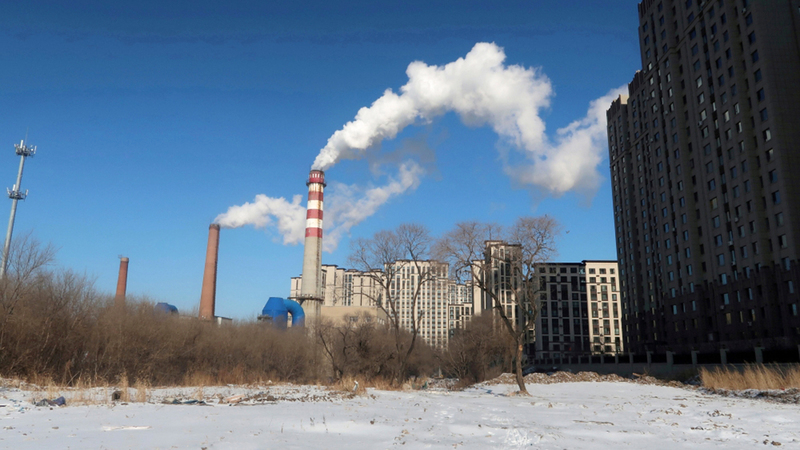 China is the largest emitter of greenhouse gases in the world.

China, the world's largest emitter of greenhouse gases, will advance to climate talks in Glasgow next week with a bold agenda for the first time, promising to take major steps to halt the use of fossil fuels and commit to net zero emissions before 2060.

But China's climate goals and commitments clash with reality on the ground. China's second-largest economy is still growing so fast that it may not be technically feasible to stop using fossil fuels.

And the American newspaper, "The Wall Street Journal", reported that earlier this year, Beijing took a set of measures to reduce coal use and control emissions, as China's chief climate and energy official, Vice Premier Han Zheng, held a meeting in late August. He held a meeting of provincial leaders in Beijing, urging them to curb the development of high-emissions projects, such as coal plants.

However, one month later, as coal shortages escalated leading to blackouts, Zheng told state-owned power company leaders that while the restrictions were important, the priority was to restart coal-fired power generators again to meet the need for electricity.

Coal powers about 56 percent of China's heavy industrial economy, and is a major reason why China is responsible for more than a quarter of the planet's carbon emissions.

Environmentalists and many world governments want China to move faster to reach the goal backed by advanced economies to limit temperature rise to 1.5 degrees Celsius this century, as global greenhouse gas emissions must be reduced in 2030 to about 25 billion tons. metric, from 52 billion in 2019, according to an assessment by the US State Department.

China alone currently produces 14 billion metric tons of greenhouse gases annually, so that if that number remains largely unchanged in 2030, China will be responsible for more than half of the world's theoretically permissible emissions.

US climate envoy John Kerry said in London last July that "the rest of the world will have to work even harder if China does not do more to reduce emissions," noting that achieving carbon targets in this case will likely be "impossible to achieve." .

Chinese policymakers say they plan to achieve their goals before 2030 by rapidly declining carbon emissions by up to 10% per year over the next two decades, faster than anywhere in the developed world has been managed so far.

China's central government wants to be a world leader in renewable energy technologies such as batteries and solar power, and to show its people that it is working to tackle the country's broader environmental problems.

Coal's importance to China's economy has been clearly visible in recent weeks, as the worst electricity shortage in over a decade spread across the country, shutting down factories and threatening global supply chains.

Demand for Chinese exports during the pandemic has prompted factories to ramp up production of electronics, auto parts, and a host of other goods.