Just after the opening of the park, why has Universal Studios Beijing become the "top class" theme park?

China News Service, Beijing, October 24 (Liang Xiaohui and Wang Dongpo) Since the opening of the park on September 20, the popularity of Universal Studios Beijing has remained high. Whether it is the National Day holiday or the weekly rest day, Universal Studios Beijing ranks among the "top stream" in the flow of people in China's theme parks. Similarly, on social media, whether it is to discuss 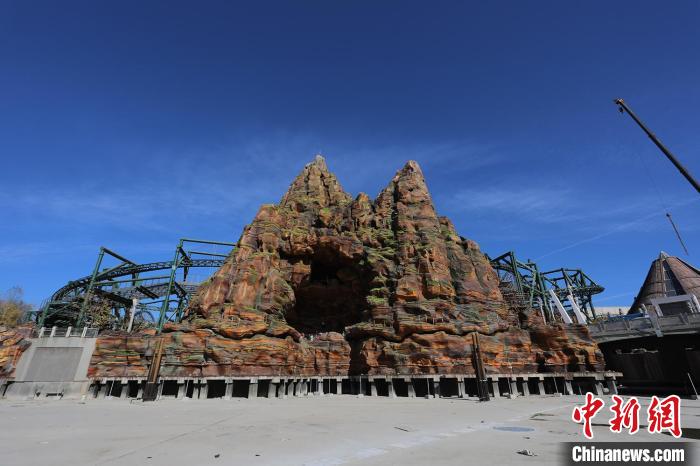 China News Service, Beijing, October 24 (Liang Xiaohui and Wang Dongpo) Since the opening of the park on September 20, the popularity of Universal Studios Beijing has remained high.

Whether it is the National Day holiday or the weekly rest day, Universal Studios Beijing ranks among the "top stream" in the flow of people in China's theme parks.

Similarly, on social media, whether it is to discuss park features or share "check-in" strategies, Universal Studios Beijing has always been among the "top-tier" topics.

Behind the enthusiasm is its excellent scene facility construction.

In July 2018, the installation company of the second bureau of the state-owned enterprise China Construction won the bid for the second electromechanical installation project of the Beijing Universal Studios bid section.

How to reproduce classic movie scenes?

Using this technology, Jurassic World Park will "restore" the world of Nubula Island in the movie "Jurassic World" to the audience for the first time; once the Little Yellow Man Park enters, you will be on the scene and feel the movie Happy time.

"Scene creation technology can present the most realistic effects, and is putting wings for the new display and upgrade of cultural tourism projects." Yang Meng said.

Get on the tour bus and enter the "story", one after another extremely realistic prehistoric dinosaurs are presented in front of people. Tourists seem to be in an ancient world "awakened" by technology.

According to the builder, the riding facility is actually a very creative “ATLAS” car, that is, an unmanned intelligent all-terrain vehicle. With the cooperation, it will bring visitors a full range of sensory stimulation.

"The main difficulty of the entire riding system is to determine the location of the smart car, that is, the location of the tourists, so that the actions made by dinosaurs and other props are meaningful." Ning Huan, head of electromechanical technology of Beijing Global Project, China Construction Second Engineering Bureau Chang said, "If we compare the entire Jurassic World Adventure to a living organism, our task is to build nerves for it and make it'live'."

According to reports, with the support of such technology, the position accuracy of the smart car's feedback has been controlled within the centimeter error range.

Unexpectedly, the beach in the Little Yellow Man Paradise does not use real sand, but post-production.

According to reports, these are made of colored concrete in a certain proportion using thematic mortar carving technology.

In this way, a sandy landscape that simulates nature is created, and at the same time, it prevents damage to the beach caused by rain erosion and sun exposure, which can maintain the architectural landscape shape for a long time and play a decorative and ornamental role.

"In fact, we have carefully designed every grain of sand." said Mo Xianhui, the artistic director of the Global Project of the Decoration Company of China Construction Second Bureau.

At night, Universal Studios Beijing is even more dreamlike under the background of the lights.

But many people don't know that at the beginning, Universal Studios required all lamps to be imported from abroad.

In November 2019, the Chinese proprietor proposed, "Can the theme lighting fixtures be made in China?"

The task fell to the installation company of China Construction Second Bureau.

In the next few months, the project team contacted almost all large-scale lighting factories across the country, ran more than 60,000 kilometers before and after, did a lot of research and parameter comparison, prepared more than 40,000 pages of information, and all the samples were full. A whole container.

In the end, the Chinese lamps determined that they could meet the requirements of the original design in terms of safety, stability, compatibility and other parameters.

In July 2020, the project team completed the test and acceptance of all lamp samples.

"All the lamps are very good, fully meet the design requirements, agreed to replace with Chinese lamps", Fan Wei said, we impressed the American engineers with our excellent products.