&amp; quot; We would have liked to go a step further, but we understand that progress in Europe has different rhythms. With the objectives set, we are satisfied. '' With... 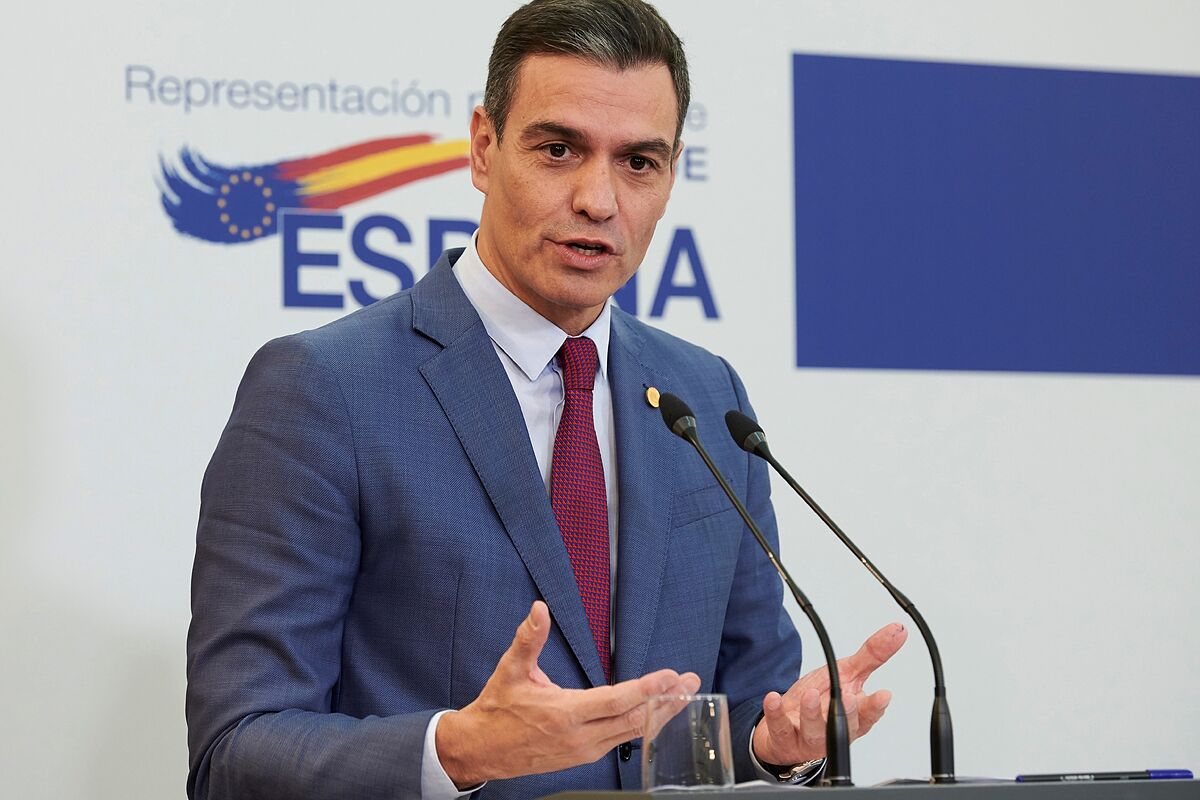 "We would have liked to go a step further, but we understand that progress in Europe is at different rates. With the objectives set, we are satisfied."

With these words, the

President of the Government, Pedro Sánchez

the conclusions agreed on Thursday night by the Heads of State and Government of the 27.

Spain wanted a revolution in the system, for Europe to get fully involved and change the way the market works, it wanted to dissociate the price of gas from the energy mix and it wants a joint purchase and storage of gas, but it knows that the rest of the partners do not follow. rhythm.

He does not take too much from the European Summit, but Sánchez has presented his more pragmatic side.

, discussed at the highest level this week, which will be addressed in an extraordinary council of energy ministers on the 26th and will be taken up again at the December European Council, something that has been collected in writing.

"We have agreed on three important advances on the initial text of the Council. The European Commission has been invited to study the operation of the gas and co2 emissions market and, in view of the result, will assess whether some practices require action from the regulator. The conclusions stand out. the particularity of the situation of each Member State, something important for Spain due to the interconnections with France. And thirdly, the commitment that it will be discussed again in December, after the energy ministers' meeting on 26 and the presentation of the first studies by the European Commission, in mid-November ", said the president.

After six hours of debate, on Thursday, the 27 agreed on these minimums. Spain achieves a promise of research, to find out what can be collectively improved in the European system, but without specific dates. There are no references in the European Council to the purchase and storage of gas, although that was included in the communication from the European Commission a few days ago. But above all the subject remains open. Many wanted to settle it, thinking that the price increase is something temporary and that normality will return at the beginning of 2022, but with this result, Moncloa gains two more months to continue pressing.

"It must be remembered that the European Council is not an executive body in the EU, that is the European Commission," said the president in a statement that will make many diplomats and experts in European law pull their hair. "At the request of Spain, a communication was published that has a dimension of pointing out the tools that the states have, and they begin to point out issues that have to be studied and the regulator is asked for an opinion. That these issues will be discussed again in December is something that invites some hope that the EU, also at the supranational level, will take action. It is very important. It is fair to recognize the leadership of different governments such as Spain in this, "he concluded.

On Tuesday, Vice President Ribera will continue to insist with her partners and the European Commission to define more precisely the next steps.

They want to know where it can be improved, if there is speculation that explains volatility and if it can be tackled legislatively.

And especially to be marking the ground for that possible purchase of gas, if not among the 27 at least among all those who show interest.

It is something that can be done within the community framework but that will need a lot of impetus so as not to be diluted, as it already happened in 2000 and 2016.

Europe, not very receptive to the crusade of Spain and France against the price of electricity