The growth rate of Chinese residents' income is "closely following" GDP. How can the "pocket" be raised? 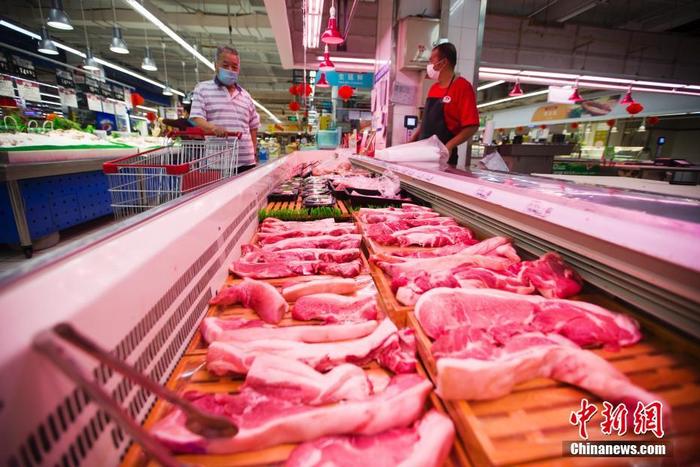 (Economic Observation) The growth rate of Chinese residents' income is "closely following" GDP. How can the "pocket" be raised?

According to data released by the National Bureau of Statistics of China on the 18th, China's GDP in the first three quarters was 8,23131 billion yuan (RMB, the same below), a year-on-year increase of 9.8% at comparable prices.

In the same period, the national per capita disposable income of residents was 26,265 yuan, an actual increase of 9.7% year-on-year after deducting price factors, and an average growth of 5.1% in two years, basically in line with economic growth.

Compared with the 0.7% gap in the growth rate of residents' income and GDP in the first half of this year, the current 0.1% has narrowed significantly.

"The gap between the growth rate of residents' income and GDP income has narrowed, largely because the government's measures in taxation, tax cuts and fee reductions have produced effects." Su Jian, director of the National Economic Research Center of Peking University, told a reporter from China News Agency.

Xiao Yaqing, Minister of the Ministry of Industry and Information Technology of China, recently revealed to the media that it is expected that more than 700 billion yuan will be added to reduce taxes and fees this year.

Through inclusive finance targeted RRR cuts, re-lending and rediscounting, etc., liquidity was released, and targeted support for small and micro enterprises was increased. As of the end of July, the balance of inclusive small and micro loans increased by 29.3% year-on-year.

The ratio of per capita income of urban and rural residents was 2.62, a decrease of 0.05 compared with the same period last year.

Data map: Aerial photography, Wushan Town, Hukou County, a national-level agricultural industry strong town known as the "granary in northern Jiangxi", is full of spring and beautiful as a picture.

Su Jian believes that the continuous consolidation of poverty alleviation results after the overall victory of the fight against poverty, while vigorously advancing the goal of common prosperity, will promote the income of urban and rural residents. In particular, the comprehensive promotion of rural revitalization strategy has been launched this year. The emphasis on this will boost the income growth of rural residents.

In the future, how to make the residents' "money bag" bulge up?

Yang Weimin, deputy director of the Economic Committee of the National Committee of the Chinese People’s Political Consultative Conference, said that China is currently proposing to build a new pattern of development, to increase consumer demand, and to strive for residents’ income to grow faster than economic growth. This means that the national income distribution pattern needs to be adjusted and the government needs less money. For one thing, companies should take less, and residents should take more.

In Su Jian’s view, the increase in residents’ income mainly depends on two aspects. Tilt it a bit.

Cao Yuanzheng, vice president of the Chinese Society of Macroeconomics, pointed out that, judging from the changes in the total fertility rate in the past ten years, China’s labor force is still declining, and wages will continue to rise in the future, and the improvement in the initial distribution will be more obvious. Common prosperity has opened up more space.

He bluntly said that this also means that as long as the economy continues to grow and employment continues to expand, while more low-income groups have better income growth opportunities, the scissors gap between capital and labor in the primary distribution will also improve.