The 11th UAE media identity globally, with a value of 2.74 trillion dirhams

The UAE’s visual media identity ranked 11th globally in the report on the strength of the brand of media identities for countries for the year 2021 issued by the international “Brand Finance”, after three new centers advanced from its classification in the same index last year, recording 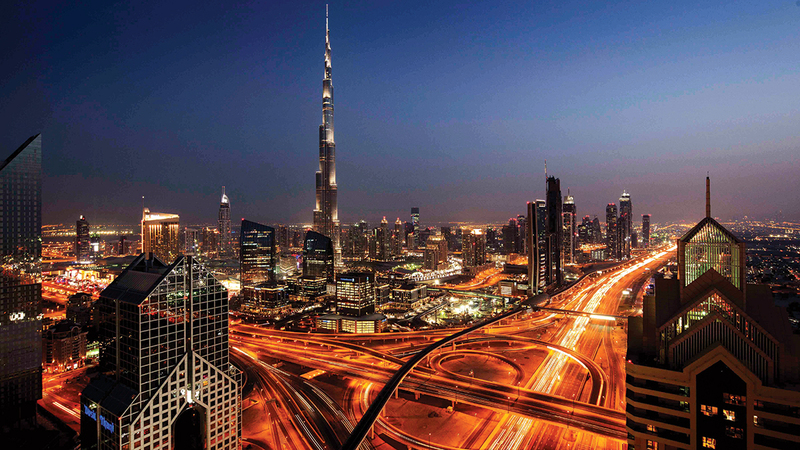 The 11th UAE media identity globally, with a value of 2.74 trillion dirhams

The visual media identity of the UAE ranked 11th globally in the report on the strength of the brand of media identities for countries for the year 2021 issued by the international “Brand Finance”, after three new positions advanced from its classification in the same index last year, recording a growth of 11% in value. The economic identity of the Emirates media, which amounted to 749 billion dollars (2.748 trillion dirhams), compared to 672 billion dollars (2.46 trillion dirhams) last year.

The UAE advanced in the index over ancient countries in ranking the strongest media identities in the world, such as the United States of America and the United Kingdom, and was the only non-Western country that reached the first positions in the list, along with Singapore, which ranked fourth in the index, which reflects A qualitative shift that changed the dominance of a number of countries on the first positions in the world rankings.

The Minister of Cabinet Affairs, Mohammed bin Abdullah Al Gergawi, said that the increase in the economic value of the Emirati media identity, from rank 18 last year to rank 17 this year, is a clear indication of the UAE's position, its leading global reputation, and its high competitiveness in various fields.

He added: "There is no doubt that achieving an 11% growth in the economic value of the media identity of the UAE, which currently has reached 2.748 trillion dirhams, is a new and qualitative achievement in (the year of the fiftieth) for the UAE, which succeeded in a short period of time in the life of nations in that It has established its name and global identity as a developed and pioneering country in many global indicators, and an exceptional success story to be told for all generations.”

Al Gergawi pointed out that the rise of the visual media identity of the UAE from the 14th to the 11th place in the "Brand Finance" index of the strongest media identities of countries for the year 2021, which surveys the opinions of tens of thousands of participants from 100 countries around the world, is a new confirmation of the excellence of the Emirati model in strategic planning. development, future design, and open, transparent and interactive media communication with the public around the world, to present inspiring success stories from the country’s land.

He stressed that the UAE's progression of three positions from last year is a practical indicator of the pioneering positions that the state has achieved and its visual media identity in various indicators of excellence, competitiveness, innovation and leadership, in conjunction with the golden jubilee of the establishment of its union, and in anticipation of a new stage of achievement and creativity during the next 50 years.

"Brand Finance" measured the strength of the performance of visual media identities through a set of evaluation criteria for investment in the media brand, its value, and its performance.

The methodology for assessing the strength of visual media identities includes the results of the Global Soft Power Index, which is one of the most comprehensive global research studies specialized in evaluating impressions of media identity by surveying the opinions of more than 75,000 people in more than 100 countries.

Andrew Chapel, managing director of Brand Finance Middle East, said, "The UAE is achieving an outstanding performance in terms of the strength of its visual media identity globally, and it is changing the Western hegemony in this classification, and the UAE, which celebrates the golden jubilee of its union, continues, Introducing the world to its qualitative achievements through distinguished initiatives, such as the Emirates project to explore Mars, and hosting 192 countries in the region’s gate through the (Expo 2020) event.”

Dealing with the pandemic

At the same time, global economies, such as the United Kingdom, the United States, Japan and France, came out of the top 10 in the classification of the country's media identity, given the public's opinions regarding its handling of the "Covid-19" pandemic and its repercussions.

As for Japan, it fell from seventh place to 17th place with a total of 76.7 points, for the same reasons, as a result of its local response to the pandemic, noting that the impressions recorded globally gave it one of the highest numbers in the global index of soft power.

The United States fell from fourth place to 19th place with a total of 75.1 points out of 100, as a result of low ratings locally and internationally.

For his part, David Haye, Chairman and CEO of Brand Finance, said: "It will be important for the world's largest economies to focus on making up for lost points in the strength of their media identity brands, in order to protect the discretionary material value of those brands."

The continuous rise of the performance of the UAE's visual media identity is an indication of the success of its national strategy for economic diversification and sustainable development, which reinforces the position of its media identity at the forefront in the Middle East region.

The global impressions monitored by the "Brand Finance" report on the efficiency of the UAE in education and science placed it in an advanced position.

The success of the Emirates Mars Exploration Project, the Hope Probe, was a key factor in this field.

The UAE was also distinguished at the global level for its outstanding performance, and the speed of its response locally and globally to the global "Covid-19" crisis.

The country scored high points in the criteria of impact on the global arena, business and trade, which will be supported by the country's hosting of 192 countries on the land of "Expo 2020 Dubai".

Switzerland is number one in the world

Switzerland topped the world, with 83.3 points out of 100 points, in the index of the strength of the media identities of countries, to maintain the stability of its points, while some countries that preceded it declined last year, which gave it the first place in the index, especially after it witnessed, according to “Brand” research. Finance", a rise in positive external impressions of it in terms of its handling of the "Covid-19" pandemic, as it implemented a set of mandatory and optional precautionary measures during the pandemic to control the spread of the virus.

The UAE and its government showed flexibility, efficiency and high readiness in responding quickly to the emergency changes imposed by the pandemic on work and learning patterns, and its advanced digital infrastructure enabled it to quickly transition to digital solutions, which facilitated work and distance learning, and ensured their continuity without interruption.

• The UAE increased the economic value of its media identity by 11%... and broke the monopoly of Western countries on the list.

• The rise of the media identity of the UAE from the 14th to the 11th place for the strongest media identities of countries for the year 2021.