The Iraqi High Electoral Commission announced this weekend the preliminary results of the legislative elections of Sunday, October 10, even if more than 3,000 ballot boxes still had to be counted ... 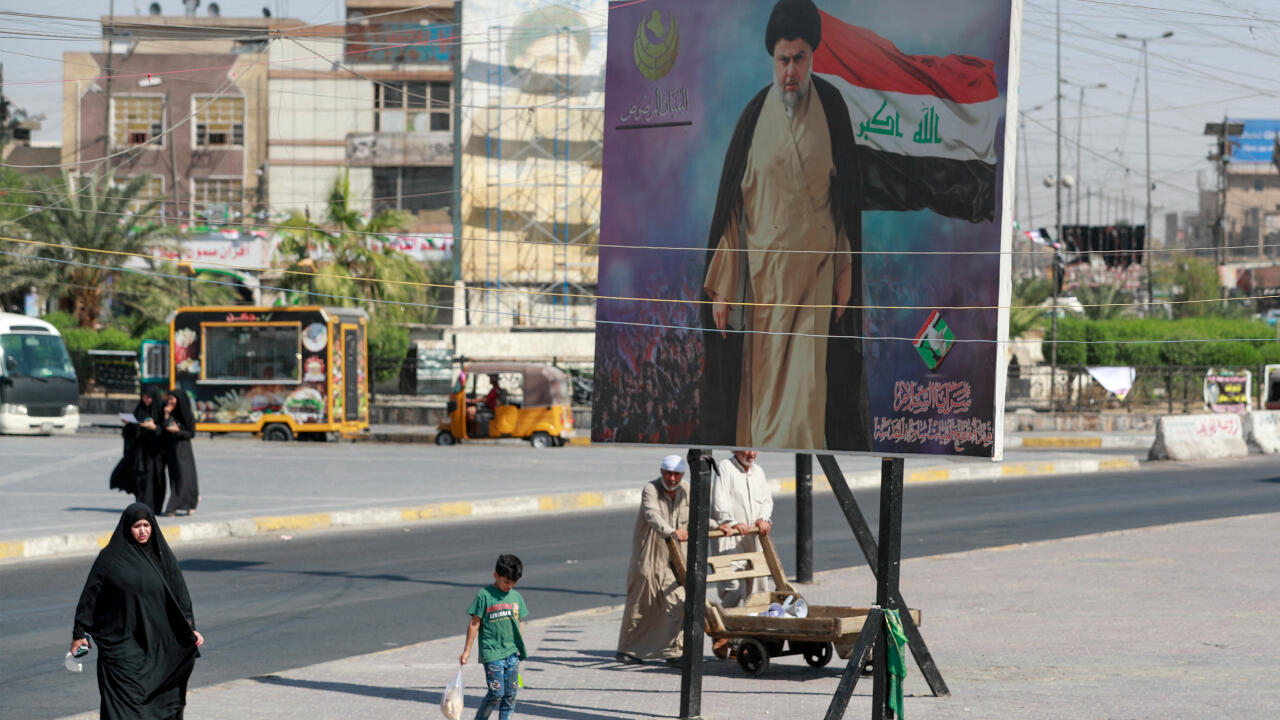 Iraqis near a poster of the influential Shiite leader Moqtada Sadr, winner of the legislative elections, in Baghdad on October 17, 2021. © Ahmad Al-Rubaye, AFP

The Iraqi High Electoral Commission announced this weekend the preliminary results of the legislative elections of Sunday, October 10, even if more than 3,000 ballot boxes still had to be counted.

As the party of influential Shiite leader Moqtada Sadr confirms its victory with 73 seats in parliament and is already reaching out to other parties for government, hundreds of complaints have been filed challenging early political trends.

In the stronghold of Moqtada Sadr, on the outskirts of Baghdad, Sheikh Ibrahim al Jabberi, one of his supporters, led the prayer in front of hundreds of people kneeling in a wide dusty street, on multicolored carpets.

At the end of the ritual, the eminent Saderist welcomed

the victory of their religious leader in the legislative elections

Moqtada al Sadr is not only important for Sadrists, but for all Iraqis

And his victory shows how influential he is, nationally, but also internationally

Far ahead of his opponents, Moqtada Sadr has vowed to form a government of Sadrists and take responsibility for the mistakes of the next four years.

But several parties are now denying him victory, shouting electoral fraud and even calling for a military response.

An escalation which is not desirable, according to Sheikh Ibrahim al Jabberi: “

Moqtada Sadr called for easing tensions with these parties.

He even said he was open to negotiations and sent a message to the losing parties, saying he kept fraternal relations with them.

The Fatah Alliance, the big loser in the elections, announced this weekend to refuse any form of negotiation before the end of the appeal period.

This will last several days.

The formation, very close to Iran, secured only 16 seats, up from 48 in 2018, and announced that it was rejecting the preliminary results.

More than 200 complaints contesting these results have already been filed in the country, while the Supreme Court has yet to validate the figures.

Iraq: the parties resulting from the popular movement of 2019 make a breakthrough in the legislative elections