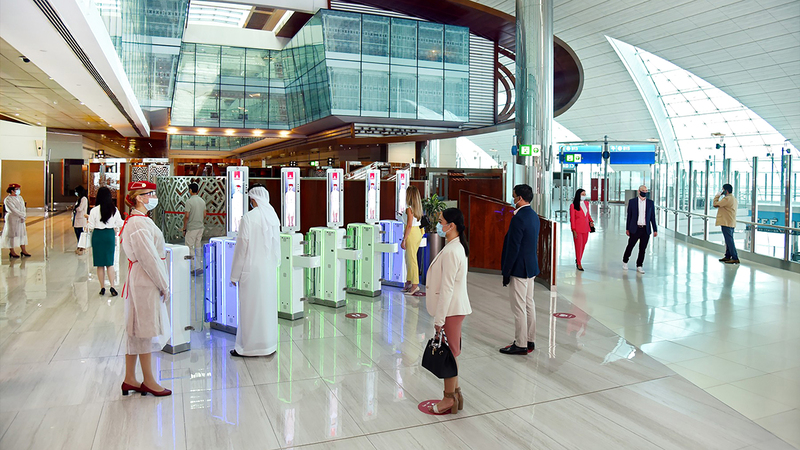 Dubai Airport tops the list of the busiest airports in terms of number of seats on flights in October 2021. Archive

Dubai International Airport recorded the highest growth in scheduled seat capacity this October at 20.5%, among the list of the 20 largest airports in the world.

Dubai International topped the list of the busiest airports in terms of seats on scheduled flights during October 2021, according to data from OAG, which specializes in flight data.

The data obtained by "Emirates Today" showed that Dubai Airport recorded 2.73 million scheduled seats on international flights, followed by Amsterdam Airport with 2.48 million seats, then Frankfurt and London airports with 2.19 and 2.18 million seats each, respectively. .

In addition, the latest data on the Dubai Airports Corporation website showed that the total number of destinations served by air carriers operating at Dubai International Airport, currently, has reached 173 destinations, operated by 60 national and international air carriers.

According to those data monitored by "Emirates Today", Dubai International Airport has restored about 91% of the linkage network with the countries of the world, 73% of the destinations, and 78% of the number of airlines that operated their flights through the airport before the "Covid-19" pandemic.

International air carriers continue to resume their operations through Dubai International Airport, while data issued by Emirates Airlines and Fly Dubai showed a continuous increase in the number of passenger destinations, within the network of the two carriers, with the application of air travel protocols, facilitating the travel of UAE citizens residents and tourists, while maintaining the safety of visitors and communities.