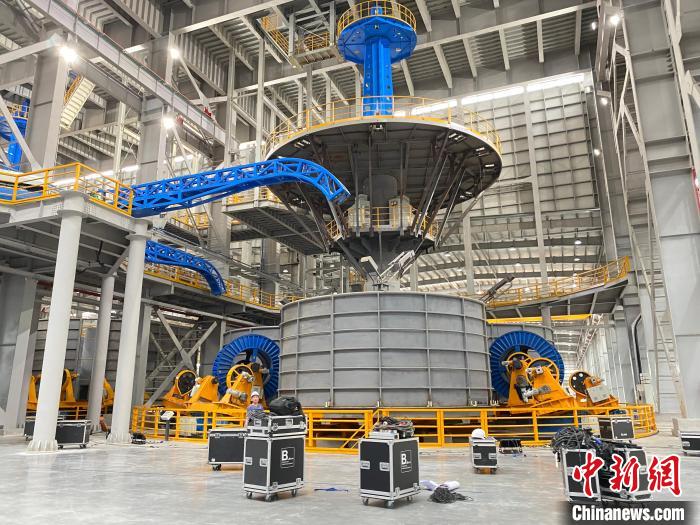 As the new generation of information technology is deeply integrated into economic and social development, how does Ningbo’s manufacturing industry “establish a market”?

“The digital and intelligent transformation of the manufacturing industry is an important part of the digital reform in the economic field.” On October 14, Zhang Shifang, Secretary of the Party Leadership Group and Director of the Ningbo Municipal Bureau of Economics and Information Technology, participated in the 2021 World Digital Economy Conference and the 11th Smart City Conference According to the press conference of the Smart Economy Expo, the city will build on its basic advantages, focus on the theme of digital empowerment of high-quality manufacturing, and promote the integration and development of digital technology and manufacturing in a broader, deeper and higher level.

Ningbo is an important advanced manufacturing base in the country and the economic center of the southern wing of the Yangtze River Delta. Industry is the pillar industry of Ningbo's economy.

During the "Thirteenth Five-Year Plan" period, the city has further promoted the construction of a strong manufacturing city, and the comprehensive industrial economic strength has reached a new level. The total scale has been ranked first in Zhejiang Province and ranked among the top ten cities in the country. The industrial added value accounts for the city's GDP. The proportion is stable above 43%.

Workshop of a manufacturing enterprise in Ningbo.

In the context of the strong development of the "digital engine", Ningbo, which has "numbers" in mind, upholds the concept of "wisdom governance", using digital technology as a means to focus on the future, so that the industry will "think" more intelligently.

Production workshop of a manufacturing enterprise in Ningbo.

Business 2022-03-20T04:11:11.560Z
Xinjiang Kuche signed an agreement for an investment promotion project in Chengdu, Sichuan with an amount of more than 3.4 billion yuan
Business 2022-02-17T03:12:03.163Z
Made in Zhejiang handed over a beautiful transcript at the Winter Olympics
Business 2022-02-23T17:13:58.556Z
Sankei Observation: Add digital "wings" to the construction of a manufacturing powerhouse
ADS
News/Politics 2022-04-21T05:48:06.607Z
Responding to the impact of the epidemic on the "white list" system of the Ministry of Industry and Information Technology to protect the industrial chain and supply chain
Business 2022-05-03T10:11:09.304Z
China's industrial economy is stable and resilient
Business 2022-02-08T22:25:20.512Z
4 "Trillion Cities" have appeared one after another in Guangdong, why are there so many "trillion cities"
Business 2022-03-15T02:05:23.903Z
More balanced and high-quality, China attracts foreign investment "increasingly"
News/Politics 2022-03-28T00:17:59.418Z
"Specialized, Specialized and New" debuted in the government work report to speed up the resolution of technical problems with stuck necks
Business 2022-02-14T21:57:42.848Z
Ensuring stable investment of the main body and promoting the stable operation of the consumer industry economy has a good momentum