Pensions eat up 37% of the largest budget spending in history

The draft General State Budget (PGE) for 2022 presented today in Congress by the Government is the most expansive in history. With a clear commitment to ... 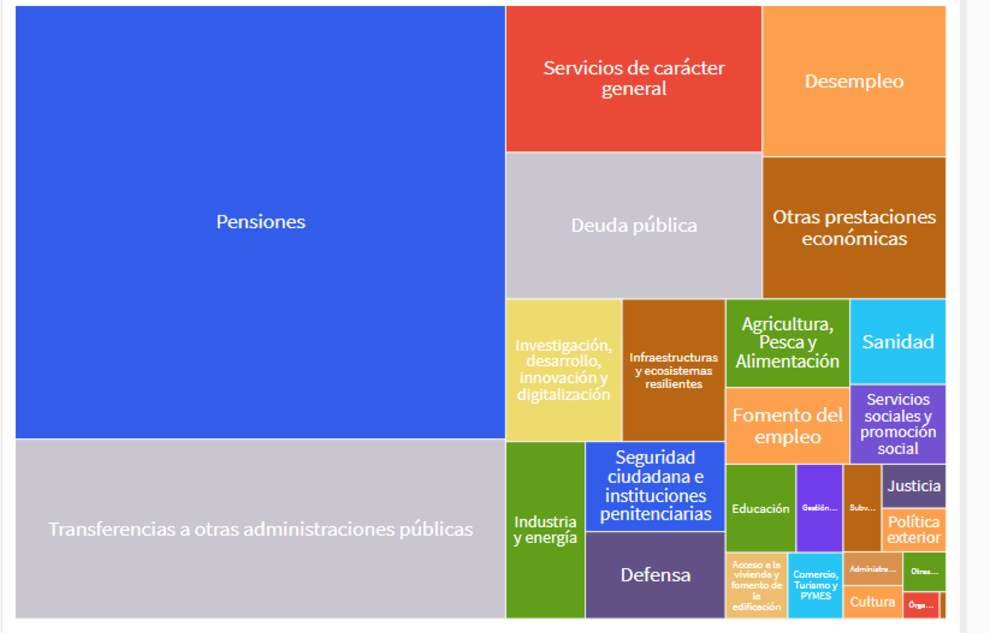 The draft General State Budget (PGE) for 2022 presented today in Congress by the Government is the most expansive in history.

With a clear commitment to social policies, they also project the highest pension spending in absolute terms.

This item, the largest of the public accounts, amounts to 171 billion euros and already accounts for 37.3% of spending, 7,868 million euros more than in the previous year.

According to the analysis carried out by EL MUNDO of the PGE approved since 2005, this item has grown uninterrupted year after year with the exception of 2019, which decreased by 0.66% due to the extension of the 2018 budgets and the increase in inflation. .

, professor of Economics, Accounting and Finance at

, considers that pensions are "a great pending issue" because spending on this policy will continue to increase over the next ten or fifteen years due to the increase in average pensions, of life expectancy and the number of people retiring. "Either the pension is reduced with measures that are usually very unpopular, such as increasing the retirement age or not linking them to the CPI, or an alternative source of financing is sought," he argues, because the pension system will be impossible to finance alone. with quotes. "We have few contributors and the salaries of the young people who enter the job are relatively low," he adds.

, a research economist at Esade, agrees on the challenge of the demographic issue and points out that in the medium term spending on pensions may reduce room for maneuver in the implementation of other types of policies.

"Right now we are in an expansive situation with the arrival of European funds that are focused on specific areas, but with the inflation rates that we are having, we will have to see what it means in next year's budgets," he explains.

The families of Eitan, the boy who survived the cable car accident in Italy, agree that for now the little one stays in Israel

Volcano on La Palma Inge and Rainer, the owners of La Palma's 'casa milagro': "Although we cannot go, we are relieved that he is still standing"

LaLigaFali: "Being a gypsy is the best thing that has happened to me in life"