"They hoped for the invisible hand of the market": Putin called the reasons for the increase in gas prices in Europe

The reason for the sharp rise in gas prices in Europe was a shortage of electricity, said Vladimir Putin during a plenary session of the Russian Energy Week forum. As the President noted, the current crisis is due to the fact that over the past ten years, systemic flaws have been laid in the European energy sector. In particular, the EU authorities have relied on renewable energy sources and switched to exchange pricing in the gas industry. At the same time, Russia is not trying to use the current situation for its own purposes and continues to steadily supply fuel to Europe, Putin said. Moreover, according to him, Moscow is ready to further increase the export of raw materials, if the European partners ask for it. 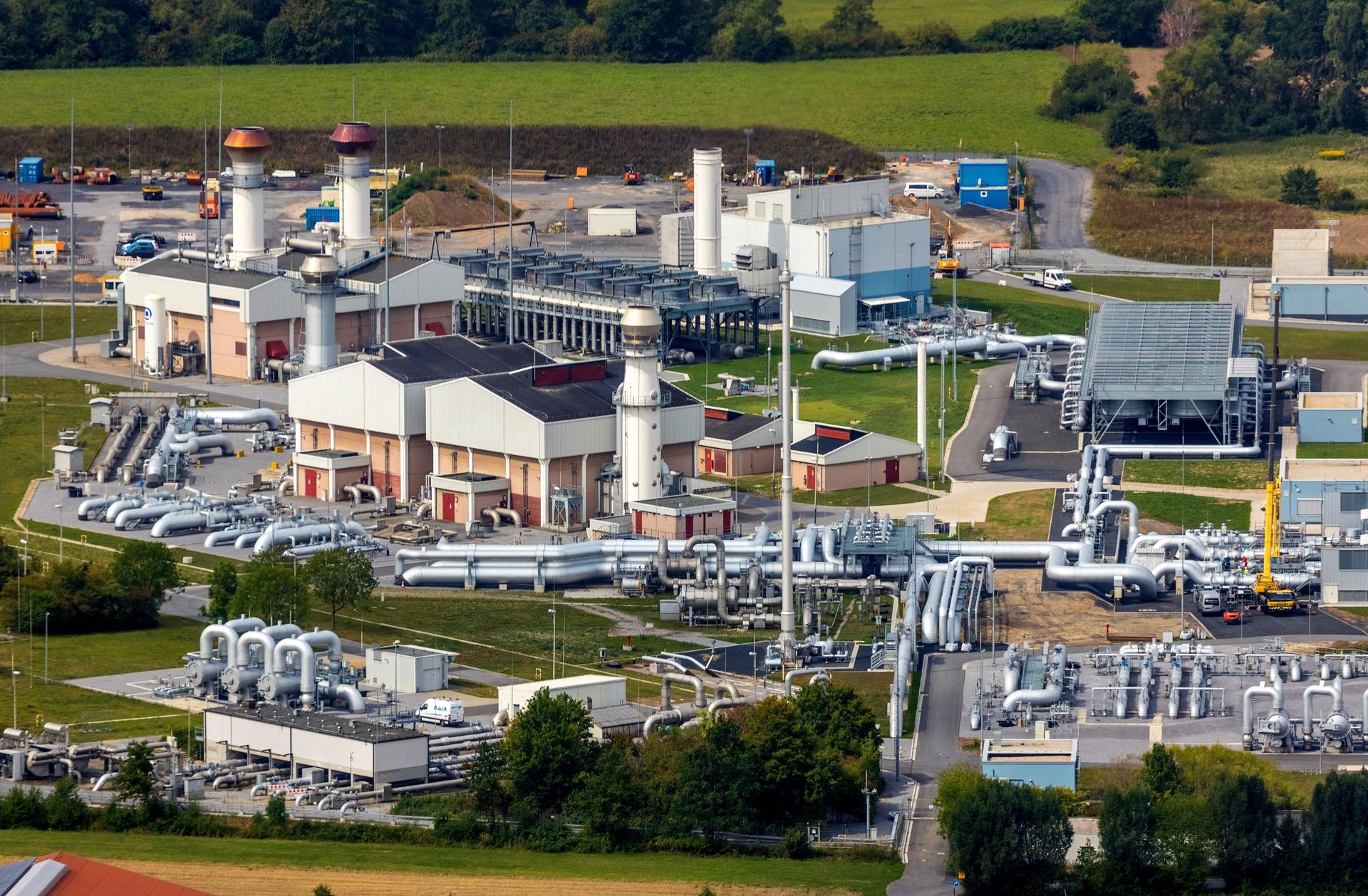 The rise in gas prices in Europe was the result of a shortage of electricity in the countries of the region, and not vice versa.

On Wednesday, October 13, Vladimir Putin drew attention to this during the plenary session of the Russian Energy Week forum.

As the head of state noted, over the past ten years, the share of renewable energy sources in the energy balance of Europe has sharply increased and began to play a significant role.

The president called the inconstancy of electricity generation a distinctive feature of this sector, since in the event of unfavorable weather conditions, serious generation failures can occur.

“This is exactly what happened this year, when, due to the decrease in generation at wind power plants, there was a shortage of electricity in the European market.

Prices for it jumped, which became a trigger, a trigger, and for the growth of gas quotes on the spot market, "Putin explained.

According to him, over the past decade, “step by step, systemic flaws have been laid in the European energy sector,” which have now led to a large-scale crisis in the regional market.

The President stressed that while nuclear and gas generation were in the leading positions, such situations did not occur.

In the summer, its reserves are traditionally replenished before the winter period.

However, this year, even after the cold winter in Europe, many countries did not do this, relying on spot gas supplies, on the so-called invisible hand of the market.

Recall that since the beginning of 2021, gas prices in Europe have increased more than fivefold and are now close to € 94 per MWh, or $ 1.1 thousand per 1,000 cubic meters.

At the same time, in early October, the cost of fuel briefly approached the $ 2 thousand mark - for the first time during the entire observation period.

As Alexey Korenev, an analyst at FG Finam, noted in an interview with RT, gas prices have traditionally been tied to oil prices.

However, European countries have long called for the cost of fuel to be formed according to the exchange principle, regardless of the situation on the oil market.

Gazprom tried many times in court to challenge this pricing, but Europe defended the gas directive and still insisted that prices be formed on the basis of exchange principles.

Now we see the consequences of this choice, ”said the expert.

In addition to the fact that exchange prices are, in principle, subject to sharp fluctuations, the situation is further aggravated by the actions of speculators.

This opinion was shared by the executive director of the Russian National Committee of the World Energy Council, Alexei Gospodarev, in an interview with RT.

In the opinion of Vladimir Putin, in Russia today such problems are "impossible to imagine."

He explained that a long-term approach to the development of the fuel and energy complex makes it possible to ensure the prices for electricity for the population and companies at the lowest level in Europe.

In particular, Putin clarified that in Russia the average price of electricity in euro terms is about € 20 per MWh.

"The growth of tariffs in our country is limited and strictly regulated, in contrast to European countries, where, due to the increase in the cost of generating electricity, tariffs for housing and communal services, for example, have recently been raised almost monthly," Putin added.

In the current environment, Europe runs the risk of accelerating inflation, which could affect the entire economy of the region.

Maria Belova, research director at VYGON Consulting, spoke about this in a conversation with RT.

“We are already witnessing the work stoppages of a number of industries.

The observed increase in electricity prices will lead to a revision of price tags for almost all groups of goods, as a result of which the negative impact will spread to GDP.

However, the strength of this effect will depend on how long such high gas quotes will last, ”Belova said.

Waiting for a request

Let us remind you that in September European politicians tried to blame Russia for the rise in gas prices.

Thus, a group of MEPs called for an investigation into the actions of Gazprom, which allegedly could lead to such a price jump.

Later, the American Congress also accused Moscow of manipulating the European gas market and using the current situation for their own purposes.

He added that Moscow, even during the most difficult periods of the Cold War, fully fulfilled its contractual obligations and supplied gas to Europe.

“We are increasing supplies to Europe even in today's difficult conditions for us.

Moreover, the head of state announced his readiness to additionally increase gas exports if the Europeans themselves ask for it.

According to him, Russian companies have never refused foreign partners in their requests for the supply of raw materials in excess of the existing contracts.

“If we are asked to increase (gas supplies. -

) more, we are ready to increase more.

We increase as much as our partners ask us.

There is not a single refusal.

Not a single one, ”Putin stressed.

As Sergei Kuchin, head of personal brokerage services at BCS World of Investments, noted in a conversation with RT, now the European authorities are just beginning to propose measures to overcome the gas crisis.

In particular, politicians focused on nuclear energy, but this can only be a solution to the problem in the long term, the expert said.

Against this background, as the specialist believes, in the near future the EU countries may turn to Russia with an official request to increase supplies.

“Europe will not be able to cope without Russian gas.

At the same time, according to our estimates, high fuel prices will remain until the spring of 2022, unless the winter is very cold, ”Kuchin concluded.