"If economic, technological conditions are created": Putin assessed the prospects for gas transit through Ukraine

Vladimir Putin said that the Russian side is ready to keep the contract for gas transit through Ukraine. During his speech at the plenary session of the Russian Energy Week forum, the President noted that Moscow is ready to increase the volume of gas pumped through the Ukrainian territory, subject to economic and technological conditions. At the same time, the Russian leader noted that a further increase in the volume of supplies carries risks against the background of the deterioration of the Ukrainian gas transportation system, which is about 80%. Putin also warned of statements by a number of Ukrainian politicians who had previously called for the nationalization of transit fuel stored in the country's underground storage facilities. 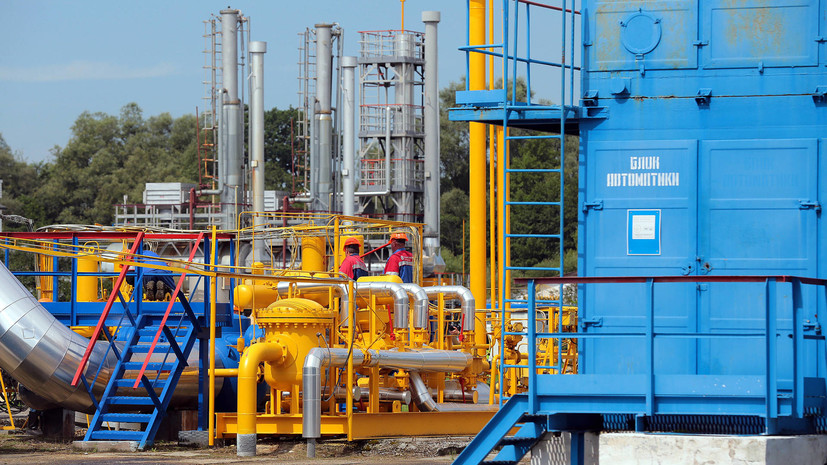 Russia is ready to extend the contract for gas transit through the territory of Ukraine after 2024, subject to the necessary conditions.

“We are ready to keep this contract,” said Vladimir Putin during his speech at the plenary session of the Russian Energy Week forum.

Recall that the contract for the transit of Russian gas was signed between Gazprom and Naftogaz of Ukraine on December 30, 2019.

The Russian side has repeatedly noted that it is considering this issue exclusively from the commercial side and is ready to continue transit through the Ukrainian territory if it is economically feasible, and also provided that the Ukrainian gas transportation system is in a normal state.

In early October, Kiev in a negative way spoke about new long-term contracts for gas supplies between Russia and Hungary, which the parties signed at the end of September.

At the same time, as the leader of the Russian Federation noted during the plenary session of the forum, the Russian side is also ready to increase the volume of gas pumped through the Ukrainian territory "if economic and technological conditions are created."

In this regard, he drew attention to the fact that the Russian side has already increased the volume of gas pumped through the Ukrainian GTS.

According to him, fuel supplies along this route will be about 10% more than the current contractual obligations for transit.

At the same time, Putin warned of a number of risks from a further increase in pumping volumes.

“You can't increase it there anymore.

Everyone is hinting to us: increase supplies through Ukraine.

The GTS has not been repaired there for decades.

There, maybe, if you increase the pressure, it will burst altogether.

Europe will be completely deprived of this route, ”the president said.

According to him, the deterioration of the Ukrainian gas transportation system is about 80%, but "no one wants to listen to or hear anything, everyone is just set to blame Russia for something."

“They said (opponents of the construction of new gas pipelines. -

) that this project was economically unprofitable, they said that it was politically motivated, that Russia would only lose from this.

For political reasons, in order to bypass Ukraine, it is building Nord Stream 1, Nord Stream 2 and Turkish Stream.

Listen, this is just another nonsense, "soft-boiled boots," as we say, "Putin said.

The Russian leader recalled that the Ukrainian GTS was built taking into account the fact that gas production was carried out only in the Urengoyskoye field, which is currently being depleted.

Russia later switched to gas production in Yamal and the subsequent construction of new export routes.

This route is 2 thousand km shorter to our main consumers in Europe than the route through Ukraine, which means it is cheaper, ”the president explained.

In addition, Putin drew attention to the calls of the Ukrainian side to nationalize the transit gas stored in the country.

According to him, in order to transport fuel through the GTS, it is necessary to ensure its subsequent sale.

“To transport something through Ukraine, you need someone to buy it, and these are our customers in Europe,” said Peskov.

In this regard, according to him, the main addressee of Kiev for resolving the issue of maintaining transit "are gas buyers in Europe, European companies", since they can conclude a new long-term agreement with the Russian side with increased volumes.

“The President has repeatedly said that if they continue to buy our gas, if they increase contracts and if Ukraine gives competitive commercial offers, then all this will continue to work,” he added.