Sidenor has announced its decision to stop production at its Basauri plant for a period of 20 days from this Monday until December 31, 30% of the days ... 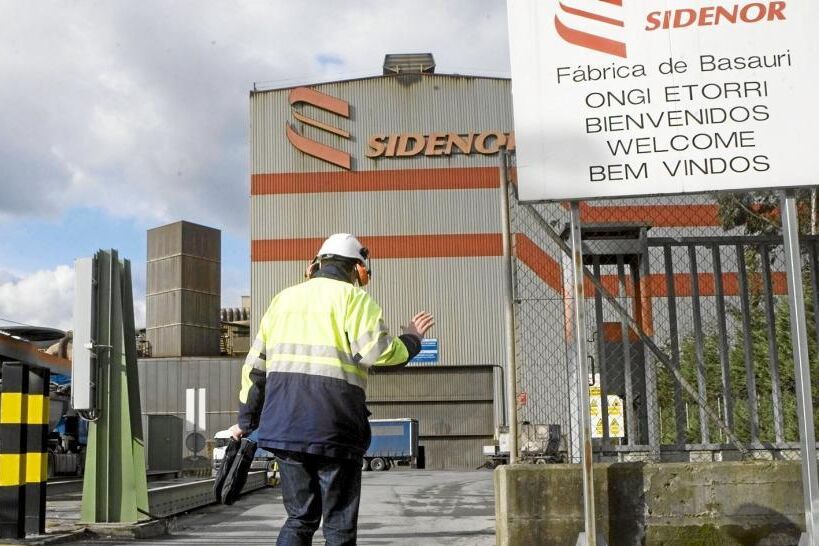 has announced its decision to stop production at its Basauri plant

for a period of 20 days from this Monday until December 31, 30% of the productive days.

The measure has been adopted due to the "exorbitant" price of electricity, whose escalation has raised the cost of electricity in Sidenor by 300% compared to last year.

to the exorbitant price of electricity, which has increased the costs of the company by 25%, which currently pays 260 euros per MWh, when last year it barely paid 60 euros per MWh, 300% more ".

This increase in electricity costs means, as explained in a statement from the company,

about 200 euros more per ton, that is, an increase in the company's costs of more than 25%.

This impact on costs "causes losses and makes it impossible to maintain the current rate of production," he added.

Given these costs, and "urgently",

the management has made the decision to stop 20 days

, that is, 30% of the scheduled productive days, from now until December 31.

This is a first measure to try to limit the tremendous impact that the "exorbitant and uncontrolled" electricity costs are causing Sidenor, since, they added, "it is impossible for them to maintain the current production rate".

In this way, today the works council and the entire workforce have been informed that the activity will be stopped for 20 days, that is, 30% of the scheduled productive days, from now until December 31 of this year.

However, as he has specified, "this stop does not solve the underlying problem, and other measures will be necessary if the current panorama of lack of control in electricity prices persists".

The stop directly and immediately affects the main Basauri plant, but it will also do so "progressively" to the rest of the plants, they have advanced from the management.