Iraq: the current of Moqtada al-Sadr would obtain the relative majority in the Parliament

The Sadrist current, named after the Shiite leader Moqtada al-Sadr, claimed Monday, October 11, 2021 the first place for its troops in the Iraqi Parliament, the day after the early legislative elections marked ... 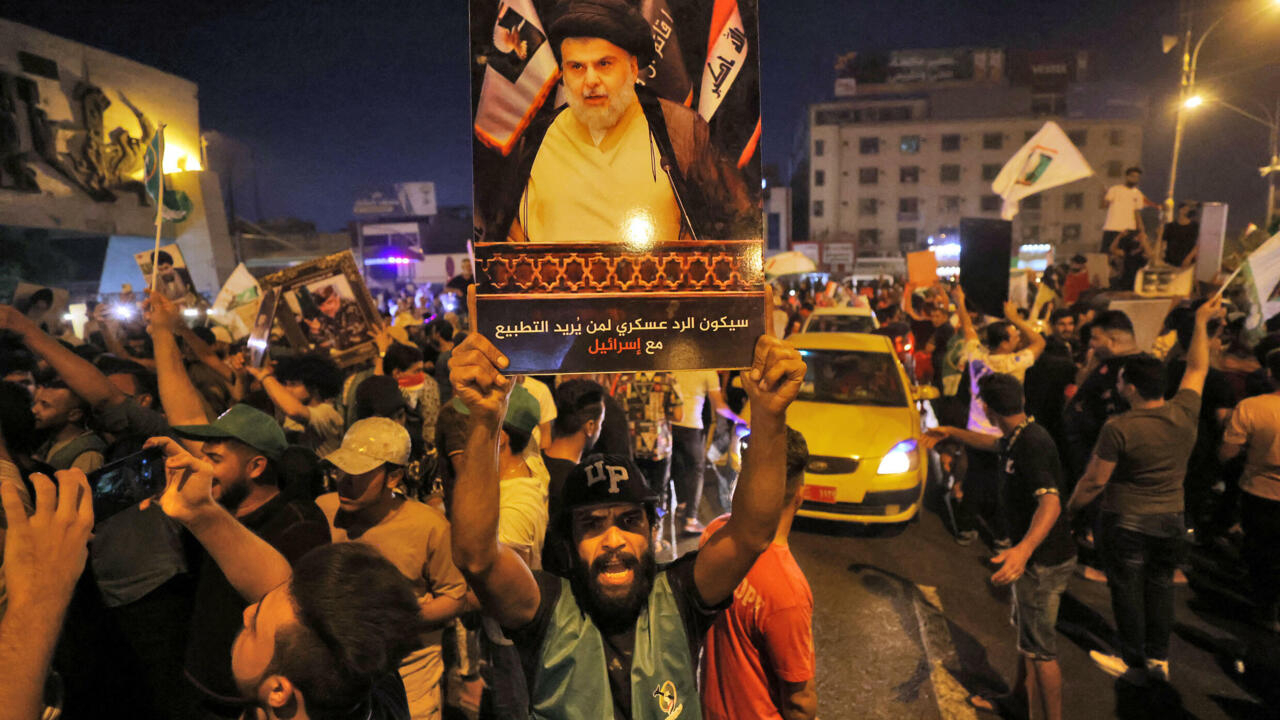 Iraq: the current of Moqtada al-Sadr would obtain the relative majority in the Parliament

Supporters of Moqtada al-Sadr in joy, after the announcement of a possible relative majority of the Sadrist current during the legislative elections the day before.

The Sadrist current, named after the Shiite leader Moqtada al-Sadr, claimed Monday, October 11, 2021 the first place for its troops in the Iraqi Parliament, the day after early legislative elections marked by strong abstention.

Preliminary results in this direction were communicated in the evening.

They can still evolve.

The victory of nationalist Moqtada al-Sadr was expected.

Today it is overwhelming, reports our correspondent in Baghdad,

For the time being, in view of these first results, the influential Shiite cleric no longer seems to have a competitor, while he was neck and neck with other blocs in 2018.

The people must celebrate this victory of the largest bloc (...) without causing inconvenience

In the evening, Tahrir Square in central Baghdad, Sadrists gathered with national flags, flags of their movement and portraits of the leader.

According to an official of the Sadrist current, interviewed by Agence France-Presse, this current would have obtained "

an approximate number of 73 seats

An official of the electoral commission, who requested anonymity, had confirmed to AFP that the Sadrist current was "

", on the basis of preliminary results.

During the previous term of office, the Sadrist current, already first, held 54 deputies in Parliament.

If these results are confirmed, it would be a significant improvement.

On Monday, the committee gradually published the preliminary results in each of Iraq's 18 provinces, outlining the composition of this one-chamber parliament.

Jalil Adnan Khalaf, from the Iraqi Election Commission, at a press conference this Monday, October 11, 2021 in Baghdad.

The other trends of these legislative

Note the breakthrough of the Alliance of the rule of law of former Prime Minister Nouri al-Maliki, which hopes for 37 seats, according to an official of this movement.

As for the novices of the new political parties, resulting from the protest of 2019, they would win ten seats in Parliament.

No one was considering it.

These parties had to count on the support of the movement, even if it was fractured.

A real force of opposition could therefore weigh, certainly a first.

In contrast, the second force in the outgoing Parliament, the Hachd al-Chaabi coalition, which arrived in 2018, appears to be losing half of its troops, according to observers.

It is a blow for this block of Fatah, supported by paramilitary groups close to Iran, and whose leaders are among the most powerful in the country.

The post-war era against Daesh, which had benefited them in 2018, seems to be over.

The party base of this coalition has visibly crumbled.

Finally, the commission announced a

should have taken place in 2022. They were brought forward after the 2019 protest against corruption, the economic slump and the failure of public services, a movement violently repressed.

It was the fifth legislative since 2003 and the overthrow of dictator Saddam Hussein, after the invasion of Iraq under the leadership of George W. Bush.

► Listen again: For Arthur Quesnay, "these elections should renew the political order"