After a total blackout on Saturday noon, October 9, the government electricity network was partially put back into service on Sunday. The production of electricity was made possible thanks to an aid ... 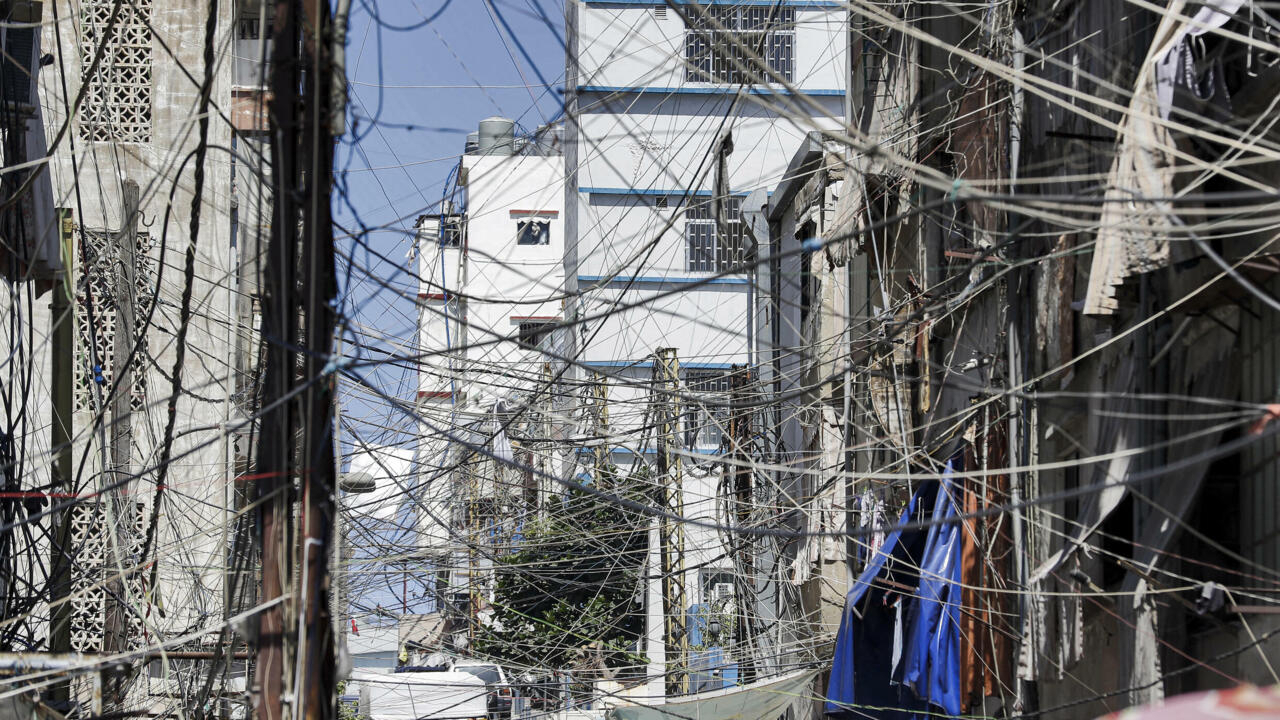 An interlacing of elevated electricity cables in a suburban street on the outskirts of Beirut.

After a total blackout on Saturday noon, October 9, the government electricity network was partially put back into service on Sunday.

Electricity production was made possible by diesel aid provided by the military, the Lebanese energy ministry said.

The Lebanese are trying by various means to find solutions to this unprecedented crisis since 1850, according to the World Bank.

Without recourse and resigned, many simply gave up.

The army handed over 6,000 kiloliters of diesel, divided equally between the Deir Ammar and Zahrani power stations,

" allowing a few hours of electricity per day, the ministry said in a statement.

Lebanon has been experiencing draconian power rationing for months, peaking at more than 22 hours a day, and struggling to import fuel, against the backdrop of a historic plunge in the national currency and a drying up of foreign currencies.

This Saturday, the country plunged for the second time since the beginning of October into a total blackout after the shutdown of the activity of two major power plants for lack of fuel, according to the national company Electricity of Lebanon (EDL).

Electricity production has fallen to almost zero megawatts, crippling entire swathes of the economy and severely degrading all aspects of daily life for a large part of the population.

To read also: Lebanon: total "blackout" after the shutdown of two power plants for lack of fuel

However, the Lebanese were, in theory, prepared for this scenario, underlines

, our correspondent in Beirut.

Especially since the rationing of electric current has never completely disappeared since the end of the civil war, almost thirty years ago.

This situation has caused

energy decentralization over the years

Hundreds of communities, sometimes numbering thousands of inhabitants, have installed their own oil-fired generators.

However, the explosion in the price of this fuel, otherwise unavailable on the market for weeks, prompted the owners of private generators to institute, in turn, draconian rationing.

To read also: Pandora Papers: in a kneeling Lebanon, the local elites caught in the scandal

In recent months, the production of electricity from solar panels has experienced a boom.

But only wealthy people can afford this alternative source of energy.

The less well off have turned to UPS systems.

However, these can no longer be recharged regularly because of the long and repeated cuts of the electric current.

Faced with this situation, hundreds of thousands of Lebanese, especially residents of large cities, have no other choice but to spend their evening by candlelight.

To listen: Lebanon: meeting with the leader of a citizen platform