Ribera hides behind the EU in the war of light: "If you take action, we will be ready to withdraw ours"

The Vice President and Minister for the Ecological Transition, Teresa Ribera, has recognized that the Government would feel more comfortable addressing the current electricity crisis in a ... 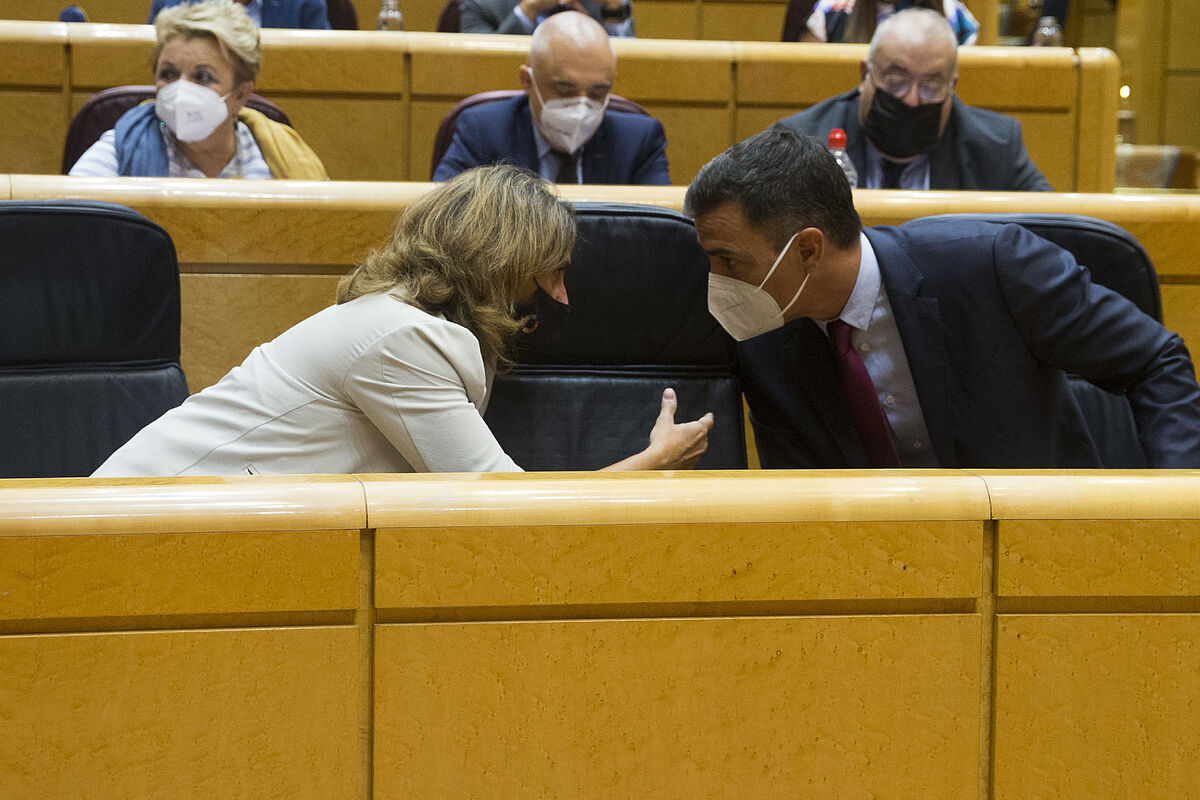 The vice president and minister for the Ecological Transition,

, has recognized that the Government would feel more comfortable addressing the current electricity crisis in a common front with the European Union than with its measures to lower the bill.

In the Reuters Impact forum, Ribera has assured that if the EU takes its own measures, they would forget "any other national solution."

The vice minister's response came after a question regarding these tools, which seek to use the extraordinary benefits of electricity companies to limit the price of gas and the amount of the electricity bill.

"If the EU took measures, it would seem good to continue with them and forget any other national solution," said Ribera, who recalled that the package announced by the Executive is "

The minister believes that the Commission is receptive to this common front: "It has understood that the situation is neither politically nor economically affordable."

In this sense, he recalled the joint approach to the purchase of vaccines, which could be transferred to the acquisition of gas.

Spain has already submitted a proposal to establish a strategic reserve for this good or a European platform to buy it.

SustainabilityWill technology save a scalded planet?

Energía Sánchez declares war on electricity companies and will confiscate their extraordinary profits to stop gas: "They can afford it"