Clashes between Israelis and Palestinians in the West Bank. Provisional assessment: five dead on the Palestinian side and two seriously injured among the Israeli soldiers. The Israeli army tried to dem ... 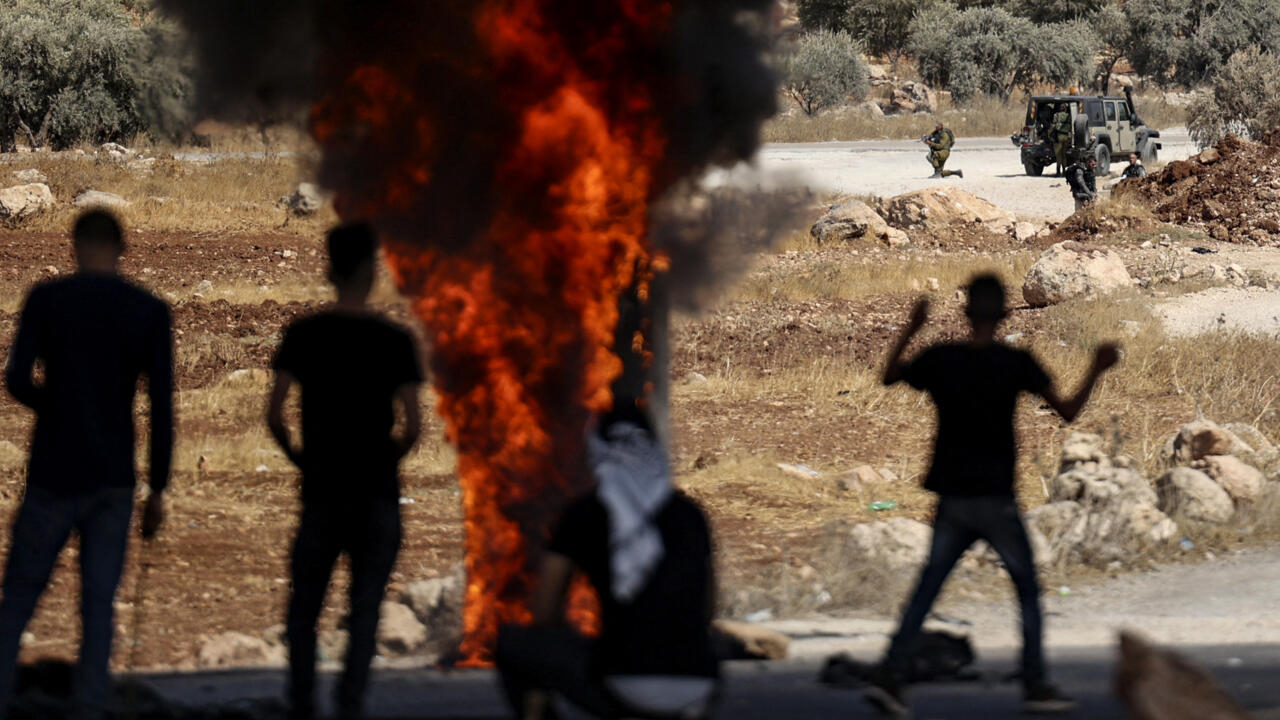 Palestinians burn tires during a confrontation with Israeli security forces near the city of Ramallah on September 17, 2021. AFP - ABBAS MOMANI

Clashes between Israelis and Palestinians in the West Bank.

Provisional assessment: five dead on the Palestinian side and two seriously injured among the Israeli soldiers.

The Israeli military has attempted to dismantle what has been labeled an Islamist terrorist cell.

And there are now fears of a further escalation of violence.

Clear and imminent danger of an attack in the Jerusalem region: this is the explanation given - on the Israeli side - to this vast anti-Hamas and also anti-Islamic Jihad operation in several sectors of the West Bank, particularly around Ramallah and Jenin , in the northern part of this Palestinian territory.

Special Israeli units accompanied by agents from the Shin Bet, the internal security service, carried out a series of arrests.

In the village of Burqin near Jenin, the arrest of an armed Palestinian gave rise to violent exchanges of fire between Palestinian militiamen and Israeli troops.

It should be noted that, from Israeli sources, it is indicated that the operation took place for the most part in "zone A" of the West Bank, that is to say an area under administrative and security control of the Palestinian Authority.

The Authority's presidency condemned a "

heinous crime committed by the Israeli occupation forces in Jerusalem and Jenin,

" according to a statement from his office.

In Israel, retaliation from Gaza in the form of incendiary balloons or rockets is now expected.

Four Palestinians were recently killed in clashes with Israeli forces at Jenin refugee camp in the northern West Bank where clashes have escalated in recent weeks.

See also: Israel-Palestine: the relaunch of the peace process at the heart of the Bennett-al-Sisi meeting