The Brexit haulier crisis continues to affect the UK at all levels. The last sector hit by the shortage, that of fuels, has ... 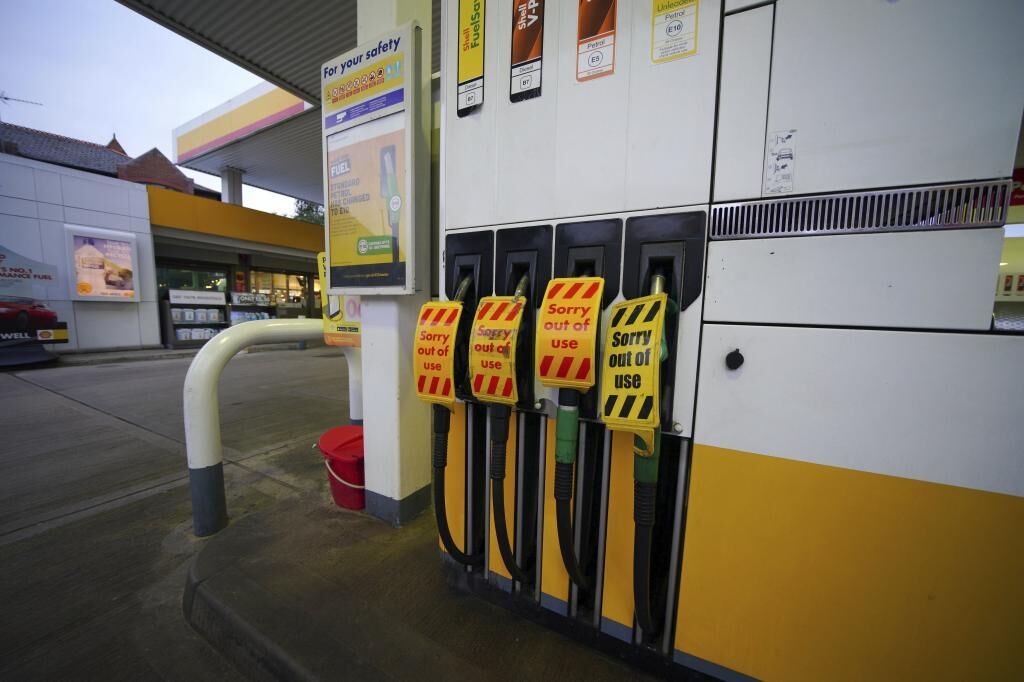 The Brexit haulier crisis continues to affect the UK at all levels. The last sector hit by the shortage, that of fuels, has seen today how BP has had to close several service stations throughout the country, although what has really disturbed the company is that they will have to reduce to 90 % the supply received by many others that will remain open. Despite everything, the Government, through its Transport Minister

, has played down the crisis and has asked the British not to panic because "refineries have a lot of oil."

Of course, at the same time that it has tried to minimize the situation, it has also put on the table the possibility that the Army will cover the supply problems if a worse scenario arises. Since Brexit was consummated on January 1 of this year, the United Kingdom is having supply problems due to the poor working conditions of transporters and the difficulties they have to cross the border when they come from other parts of Europe. Right now

, it is estimated that the country needs around 100,000 new drivers

if it wants to solve its distribution problems.

Despite the fact that the Government has delayed the new import controls derived from leaving the European Union for a few months, without logistics the supply does not matter. The UK may not have a fuel shortage problem right now, but if Hoyer, the company in charge of transporting it to BP's gas stations, cannot hire carriers, that triggers an inevitable shortage of service stations.

As reported by the ITV chain,

, head of BP's Retail Sale, already told the Government last week that the situation was "bad, very, very bad", warning them that they only had "two thirds" of normal reserves and that these were rapidly depleting. And they are not the only ones: some Tesco and Esso gas stations have also announced similar problems.

All this has already resulted in long lines of vehicles being seen at service stations this morning. "I went at 6:45 in the morning to put gas in the car, as usual, and I had to wait 30 minutes just to get to the pump," acknowledged a man on Twitter, where many other users have launched to share videos of the traffic jams that were forming at the entrance of these establishments throughout the country.

Despite everything, the government continues to insist that the issue is being magnified, since only five of the "1,200 or 1,300 service stations that BP has" have had to close.

"There are others who are not saying that they have no problem. It is a very specific issue that only affects a handful of sites," defended the Minister of Transport this morning on the BBC.

From BP, however, they maintain that the problem is not so much in the number of closed service stations, but in that they will have to

reduce the supply by 10% to each

and every one of those that remain open in order to manage fuel reserves. that you have left.

FintechThe founder of Twitter lands in Spain with Square, his digital payments business