At the end of last week, gold prices recorded declines for the third week in a row, achieving a decline of between 25 and 50 fils per fine of various carats, compared to their prices at the end of the previous week, according to price indicators announced in Dubai and Sharjah, bringing the total 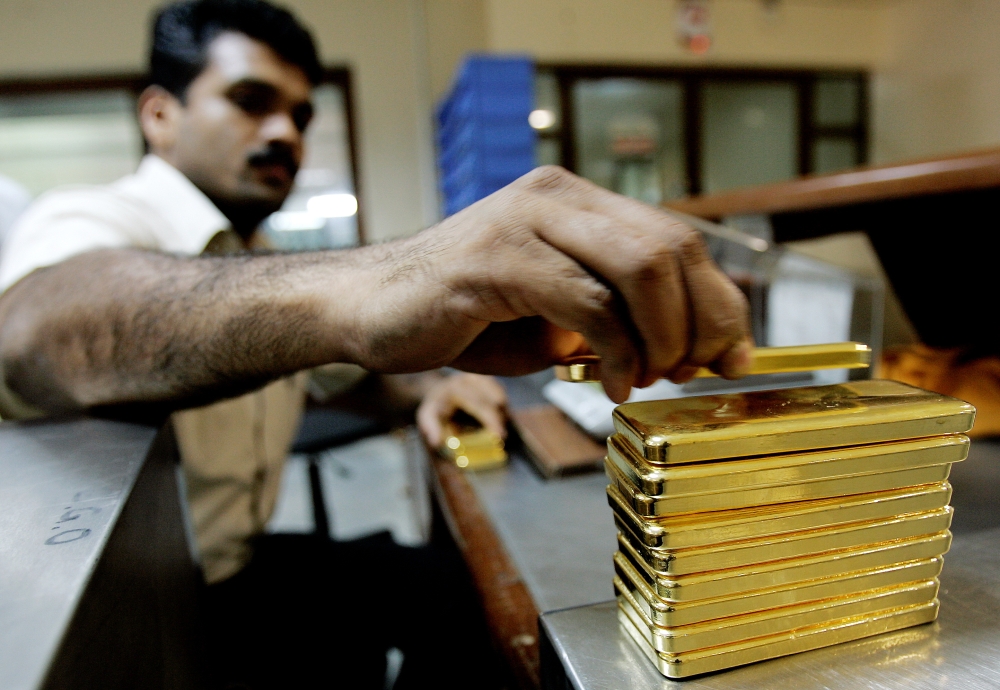 At the end of last week, gold prices recorded declines for the third week in a row, achieving a decline of between 25 and 50 fils per gram of various karat, compared to their prices at the end of the previous week, according to the price indicators announced in Dubai and Sharjah, bringing the total value of the decline in the price of a gram Gold in three weeks to 8.75 dirhams.

Officials of gold and jewelry trade outlets told «Emirates Today» that the markets witnessed a demand for buying small and medium-sized bullion, supported by the continuation of prices at low limits, and expectations of significant price increases in the coming periods.

They indicated a state of caution in buying, coupled with the rapid fluctuation in prices.

For their part, dealers said that the current prices of gold are motivating to buy gold coins and bars, pointing out that they preferred to buy gold bars and coins with medium and small weights, given the ease of selling them when liquidity is needed.

detail, dealer Abdullah Khaled said that he had bought two 30-gram gold bars, given that these weights are suitable for investment and savings, stressing that he intends to buy more than one piece later, when prices remain at low rates.

In turn, the dealer, Muhammad Raslan, said that the current prices of gold are an incentive to buy gold coins and bullion, pointing out that he bought more than one piece with the aim of saving.

He explained that the gold coins he bought were of small and medium weights, for the ease of selling them when needed, to obtain the necessary liquidity.

As for the dealer, Saleh Ibrahim, he told «Emirates Today» that he bought two gold bars, and a piece of gold coins of medium weights, agreeing that small weights are easy to sell, unlike pieces of large weight.

In addition, the director of «Baghdad Jewel Gold Trading Company», said the victory of Ward, that the rates of demand for the purchase of gold jewelry in the markets declined by varying rates recently, in the interest of the demand for bullion and gold coins.

He pointed out that there is a demand for bullion and currencies with the aim of saving and investment, after the continued decline in prices for the third week in a row, and expectations that prices will return to high rates in the coming period.

, for his part, the director of "Rikesh Jewelery Company", Rickish Dahnak, agreed that the markets had recently witnessed a remarkable demand for buying gold bullion, especially from the categories of small and medium weights, supported by the continued decline in gold prices during the recent period.

He attributed the concentration of most purchases in small and medium weights to the fact that a large number of dealers in them are cautiously accepting purchases, with the rapid fluctuation in prices, which makes them buy some pieces to take advantage of the low prices, and as a hedge against any new price hikes. At the same time, they are awaiting price indicators in case they record a new decline, or if they continue at the same limits, to buy additional pieces.

In the same context, the director of the “Al-Ayyam Jewelry” store, Galish Saqr, said that the demand is largely directed to small and medium-weight alloys, motivated by the continuation of gold at low price rates, due to the fact that these products are the most preferred for dealers currently, especially during the pandemic period. “Covid-19”, because it is easy to sell when needed, compared to large pieces that cannot be divided when reselling.