Many residents of La Palma are facing the possible loss or damage of their property such as homes or cars. But what happens in the case of eruptions ... 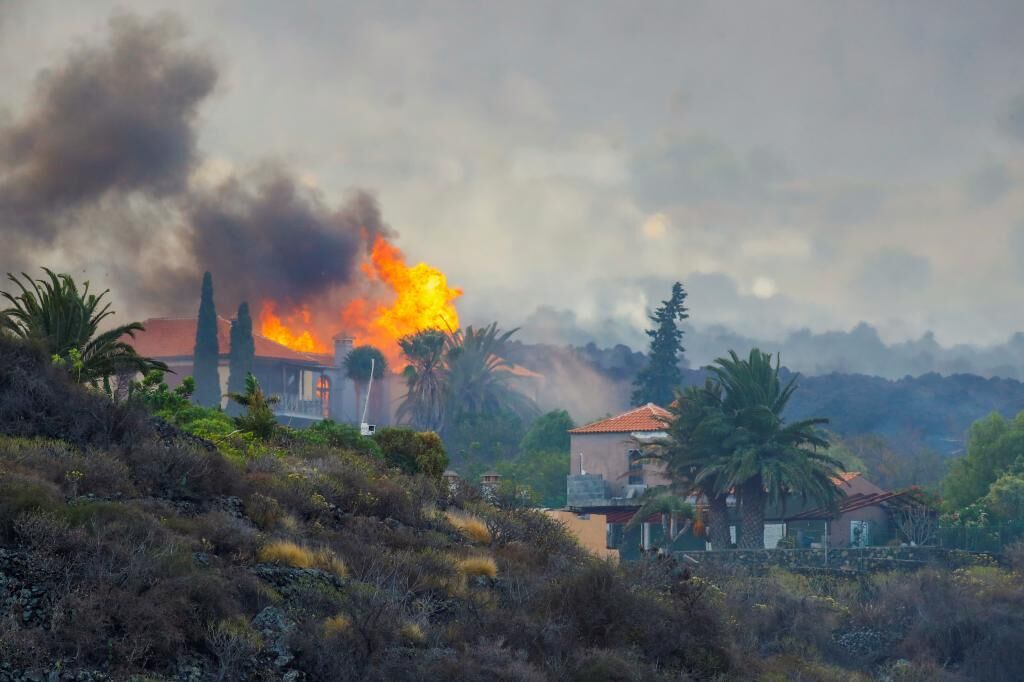 are facing the possible loss or damage of their property such as homes or cars.

But what happens in the case of volcanic eruptions?

In Spain, the volcanic risk is very low and is mainly reduced to the Canary Islands.

However, it is rare that the insurance includes coverage that takes care of the damages caused in these types of claims.

, head of insurance companies at Rastreator comments: "if the policy is reviewed to see if there is specific coverage for natural disasters such as a volcano eruption and it does not appear, it must be taken into account that even so, the home will be protected. In these serious situations, it is not the insurers that assume the cost of the damages, but it is the Insurance Compensation Consortium that takes responsibility, although it will depend on each particular case

Royal Decree 300/2004, of February 20 - which approves the Regulation of the insurance of extraordinary risks - indicates that in these cases the insured must take advantage

of the Insurance Compensation Consortium

It is a public entity attached to the Ministry of Economy and Finance), which is at the service of the insurer and which acts on a subsidiary basis to cover the insured in situations such as the Cumbre Vieja volcano.

is liable for damages in certain events

even if the events do not affect a large number of policyholders or a very broad territorial extension.

Nor is it necessary for institutions to declare an area as catastrophic to access compensation from the Consortium.

It will be then when the Government takes over, and not the Insurance Compensation Consortium or the insurer.

In the case of the Consortium, coverage is automatic in the following extraordinary events:

Damages caused by certain natural disasters are covered by the Consortium, such as a volcano eruption.

In the case of volcanic eruptions, damages are covered provided that the National

has previously issued a certification.

The extraordinary risk insurance regulations clarify that it is a volcanic eruption when there is an "escape of solid, liquid or gaseous material thrown by a volcano."

Also included are damages caused by violence as a result of terrorism, rebellion, sedition, mutiny and popular uproar.

As well as facts or actions of the Armed Forces or the Security Forces and Bodies in times of peace.

How to claim compensation

: "Compensation cannot be requested without the certainty that damage has occurred. The Consortium recommends submitting the request as soon as possible to facilitate the assessment of the damage and speed up the procedures, although in this case, it will be necessary to wait to the evolution of the eruption to be able to evaluate said damages. The term established by the Insurance Contract Law is

seven days from the time the accident occurs

, but the CCS will accept your request even if it is submitted after the deadline. "

Damages can be reported to the Consortium in its telephone service or through the website.

For this, we must collect the data of the policy, the policyholder and the insured, as well as the damaged risk and the bank account where we want to receive the compensation.

However, to protect the home against this type of phenomenon "it is necessary to have a home insurance policy to access the extraordinary risk insurance of the Insurance Compensation Consortium", explains

How car insurance works in the event of a volcanic eruption

The insurance comparator acierto.com explains what happens in these cases. In the

for example, there is an

by the Insurance Compensation Consortium that summarizes the extraordinary events covered.

It considers the following natural phenomena as such: earthquakes and tidal waves; extraordinary floods, including those produced by onslaught of the sea; Volcanic eruptions; atypical cyclonic storm (including extraordinary winds of gusts exceeding 120 km / h and tornadoes); and falls of sidereal bodies and aeroliths. However, in order to be covered, Acierto.com indicates that the affected person "must necessarily have insurance and be up to date with the fees", something that in the case of auto insurance, is mandatory.

"Supposedly all those people whose car has been affected by the volcano (swallowed, damaged by ash, etc.), will be covered. Unfortunately, according to the data handled by the comparator, there are still up to

, indicates the platform in a statement.

How to act after the disaster

The insurance comparator explains that the first thing to

make a list as accurate as possible of the material losses

and damages, as well as to present the invoices of the expenses that have been incurred as a consequence of this situation.

At this juncture it is possible to contact the insurance company directly, which will indicate the necessary documentation and send it to the Consortium.

Or you can also carry out the procedure through the entity's own website.

In addition to the possibility of the car being engulfed by lava, it can be affected by ash.

Volcanic ash can damage body paint, or cause air filter clogs, and build up on engine valves and engine components.

Thus, to protect the car and reduce damage, it is important to store it indoors (if possible), cover it, or use waxes that reduce the adhesion of the ash.

In addition, venice is corrosive, so it is better not to wait more than three days to wash the car.

"That is why it is important to opt for water and a soft sponge, for example, to avoid scratches. This cleaning should include the engine and radiator," explains the comparator.

FinancesThe bank toughens the cost of the cards and their average price already exceeds 26 euros: which are the cheapest?

BancaSabadell plans to lay off 1,900 employees in Spain, 13% of the workforce