China News Service, Guangzhou, September 19 (Sun Qiuxia) The reporter learned from the Guangdong Provincial Taxation Bureau of the State Administration of Taxation that tax data shows that the development of the foreign foreign trade industry in Guangdong is booming. From January to August this year, the Guangdong region handled export tax rebates (exemptions) of 214.343 billion yuan, a year-on- 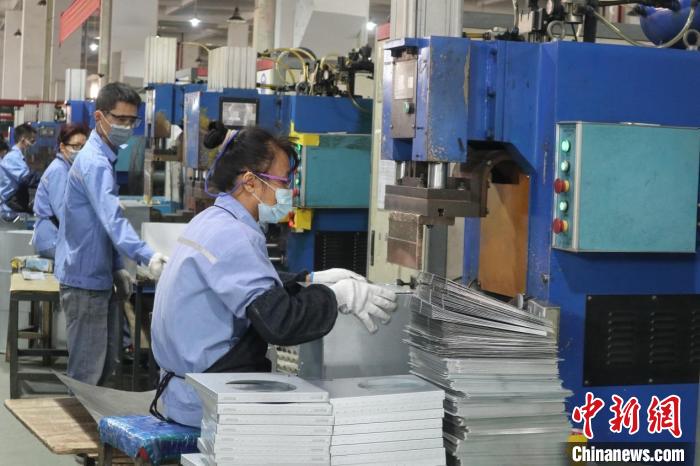 China News Service, Guangzhou, September 19 (Sun Qiuxia) The reporter learned from the Guangdong Provincial Taxation Bureau of the State Administration of Taxation that tax data shows that the development of the foreign foreign trade industry in Guangdong is booming.

Under the influence of the epidemic, how can Guangdong foreign-funded foreign trade companies achieve growth against the trend?

A few days ago, reporters visited Dongguan and Foshan and found that with the favorable development of factors such as overseas demand and trade channels, some corporate orders have been scheduled until the beginning of next year.

Faced with issues such as rising raw materials and freight costs, the acceleration of export tax rebates has eased the pressure on corporate capital turnover.

Autolong is a joint venture, which mainly produces European-style range hoods, built-in electric ovens, wine coolers, etc., which are sold to more than 80 countries and regions.

Li Qiuyu, vice president of Autolong marketing, told reporters that at present, the company's orders for range hoods, ovens and wine cabinets have been scheduled until the beginning of next year.

"More than 90% of the company’s products are exported. This year’s sales growth has exceeded our expectations. This is mainly due to the rapid recovery of the epidemic in China, some orders were transferred to domestic production, and the increase in demand for kitchen appliances during the epidemic has made us The company’s orders have increased, and the company has expanded production and capacity since last year.” Li Qiuyu said.

However, due to rising freight rates and lack of export containers, Li Qiuyu frankly said that the company is still unable to fully put into production.

"It is difficult for us to control the rise in freight and raw materials. The state grants export tax rebates and speeds up the processing of tax rebates in terms of taxation, which can help companies overcome difficulties."

Li Qiuyu said: "From January to June this year, we processed export tax rebates up by 42.64% compared to the same period in 2020, and it only takes 1 working day to get the account at the fastest."

Chen Yuping, head of foreign trade at Hongyuan, told reporters that at the beginning of the 2020 epidemic, a large number of factories in China were shut down and many orders could not be produced. In the first half of 2020, the company's export value fell by about 25% year-on-year.

With the effective control of the epidemic in China, companies have gradually resumed production and workers have returned to their posts.

"We actually have no shortage of orders. We rebounded in the second half of last year, with exports increasing by 35% year-on-year, and achieving a growth of about 5% throughout the year."

With the development of Hongyuan's foreign trade business model such as market procurement and other forms of business, while actively serving small and medium-sized production enterprises in Dongguan, and opening up the domestic market, Hongyuan's foreign trade exports reached approximately US$32.38 million in the first half of this year, an increase of 30.3% year-on-year.

However, since the beginning of this year, the cost of raw materials such as steel, plastics and cartons has risen, labor costs, factory rents have also risen, coupled with unstable exchange rates, which have continuously compressed export profits, and Hongyuan's foreign trade capital chain has also become tense.

Yu Zhiqiang, director of the Second Taxation Branch of the Dongguan Municipal Taxation Bureau, pointed out that in order to increase the speed of export tax rebate processing, the bureau implements a rolling audit mode of "overnight review and tax rebate over week", and at the same time, to avoid affecting export enterprises’ declaration and tax processing during the epidemic. , For some qualified enterprises, the bureau implements a method of quickly reviewing and handling tax refund matters, and then reviewing after completing the information.

In the Pioneer Park of Daluosha Village, Daojiao Town, Dongguan City, a foreign-funded enterprise that has been rooted in Dongguan for 16 years-Dongguan Lead Electromechanical Co., Ltd. (hereinafter referred to as "Lead Electromechanical") is mainly engaged in R&D, manufacturing, and sales of high-precision Reducer.

At the beginning of 2020, due to the impact of the epidemic, Lide Machinery’s operations were impacted, facing difficulties such as a shortage of professional and technical personnel, difficulties for management to return to China, and a sharp drop in foreign trade orders. In 2020, the company’s export sales fell by about 42% year-on-year.

"Export business is a very important part of our company. Our factory is facing the biggest test since its establishment in 2005," Liu Yicheng, head of the R&D Department of Lead Electromechanical, told reporters. Under this background, the company began to "transform" and optimize production. Related sales planning.

Liu Yicheng told reporters that the company needs to purchase more sophisticated equipment, and the epidemic has a significant impact on the company's capital chain.