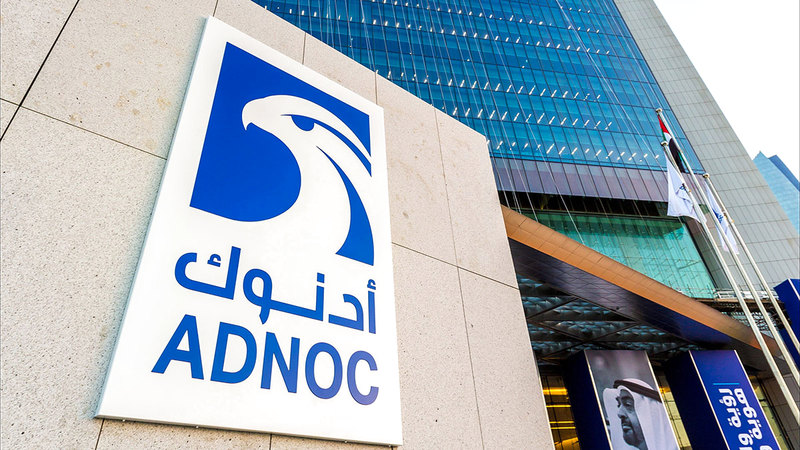 In conjunction with Mohammed bin Zayed's visit to Britain

In conjunction with the visit of His Highness Sheikh Mohamed bin Zayed Al Nahyan, Crown Prince of Abu Dhabi and Deputy Supreme Commander of the Armed Forces, to the United Kingdom, the Abu Dhabi National Oil Company (ADNOC), Abu Dhabi Future Energy Company (Masdar), and BP signed agreements For strategic cooperation to expand the areas of bilateral partnership between the UAE and the UK in the field of sustainability, including the development of two clean hydrogen centers in the UAE and the UK with a production capacity of 2 gigawatts.

The agreements reflect the partners' leadership in technology-based solutions to contribute to reducing the repercussions of climate change, in addition to the joint commitment to seek new economic opportunities based on technologies to reduce carbon emissions at the local and international levels.

Under the agreements, ADNOC, BP ​​and Masdar are cooperating to develop two clean hydrogen centers in the United Kingdom and the UAE, with an initial production capacity of 1 GW each in each country, based on the UAE's role as a major investor in a number of the largest projects. Offshore wind power in the UK.

This project is in line with the goal of reducing emissions in all economic sectors by 23.5% included in the UAE's Nationally Determined Contributions, and the recently announced commitment of the United Kingdom to produce 5 GW of low carbon hydrogen by 2030.

ADNOC and BP will also jointly identify potential areas of cooperation in carbon capture and storage projects, and the best technologies used in the field of methane detection. Masdar and BP will also work together to explore opportunities to develop, build and operate sustainable energy solutions. and transportation in urban population centers.

Through the agreements, the partners look to consolidate their leadership in the technology of capturing, using and storing carbon dioxide, and to explore opportunities for expansion on an industrial scale in the UAE.

Al Jaber said that the UAE and the United Kingdom have close bilateral relations that are witnessing continuous development thanks to the support of the leadership in the country and its keenness to consolidate and enhance cooperation in various fields, especially in the economic field.

Al Jaber expressed his confidence that the agreements signed between ADNOC, Masdar and BP will contribute to consolidating the strategic relations between the two friendly countries.

"We look forward to building on the successful record of bilateral cooperation to achieve the economic ambitions of both countries, and to provide new opportunities for growth through initiatives based on carbon emission reduction technologies," he added.

Al Jaber continued: “These initiatives are in line with the (Fifty Principles) recently announced by the UAE, which chart a clear path for sustainable economic growth, and define our way to the future by focusing on building a better and more active economy, based on human capital, progress and practical and technical innovation. ».

In turn, BP Chairman Bernard Looney said that this partnership reinforces our track record in the UAE for nearly 100 years.

He added: "The UAE and UK governments have ambitious plans to reduce carbon emissions, and we see through joint work with (ADNOC) and (Masdar) an important opportunity to provide the clean energy that the world needs, while at the same time advancing the local economy and providing future job opportunities. ».

These agreements benefit from the integrated infrastructure and energy sources available in the UAE and the UK, as partners can take advantage of the abundance of renewable energy sources and their proximity to important future demand centers for hydrogen, and the types of fuel carrying it, to contribute to strengthening the capabilities of the UAE and the UK, and enable the two countries to Pioneering the new hydrogen economy in the region and supporting their ambitious climate goals.

Carbon dioxide capture and storage facilities are a key element in the technologies and projects to reduce carbon emissions in the world, and examples of these successful projects and applied on a commercial scale are the “Al Reyadah” facility in the UAE and the Teesside project in the United Kingdom.

• Development of two clean hydrogen centers in the UAE and the United Kingdom, with a production capacity of 2 gigawatts.