The run was short-lived. Less than a week after the incredible escape of six Palestinian detainees from an Israeli prison, two of them were arrested on Friday evening. The hunt for ... 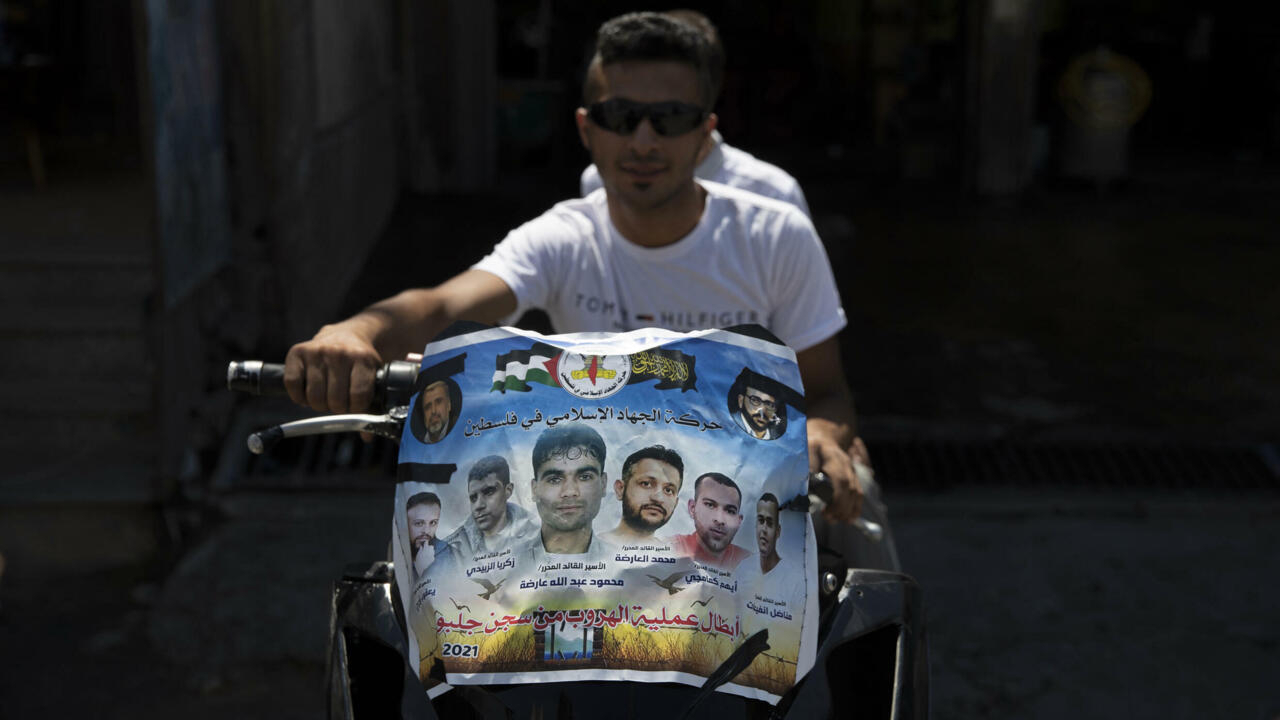 "The Islamic Jihad movement, hero of the escape from Gilboa prison," reads a poster that shows photos of six Palestinian prisoners escaped from an Israeli prison in the Jenin refugee camp, in West Bank, September 8, 2021. AP - Nasser Nasser

The run was short-lived.

Less than a week after the incredible escape of six Palestinian detainees from an Israeli prison, two of them were arrested on Friday evening.

The manhunt continues in an attempt to find the other escapees.

Mohamed Ardha and Yacoub Qadri, two of the six fugitives, were arrested in Nazareth, an Arab Israeli town barely thirty kilometers from the high security prison where these Palestinian detainees were held.

In images broadcast by Israeli television, they appear with their faces closed.

It was predictable, they weren't going to be on the run all their lives.

My uncle is serving a life sentence, so at least he got to see the light of day and enjoy a week of freedom.

Finally we say to ourselves

earlier this week, relatives of the fugitives feared they would be shot in the manhunt launched by Israeli forces.

The Hebrew State Police and Army deployed significant resources to find the six men who escaped through a tunnel dug under the prison where they were being held.

To read also: Israel: the army calls the families of Palestinians escaped from an Israeli prison