The Second Vice President of the Government and Minister of Labor and Social Economy, Yolanda Díaz, said this Friday that "gives priority" to the social agreement rather than to ... 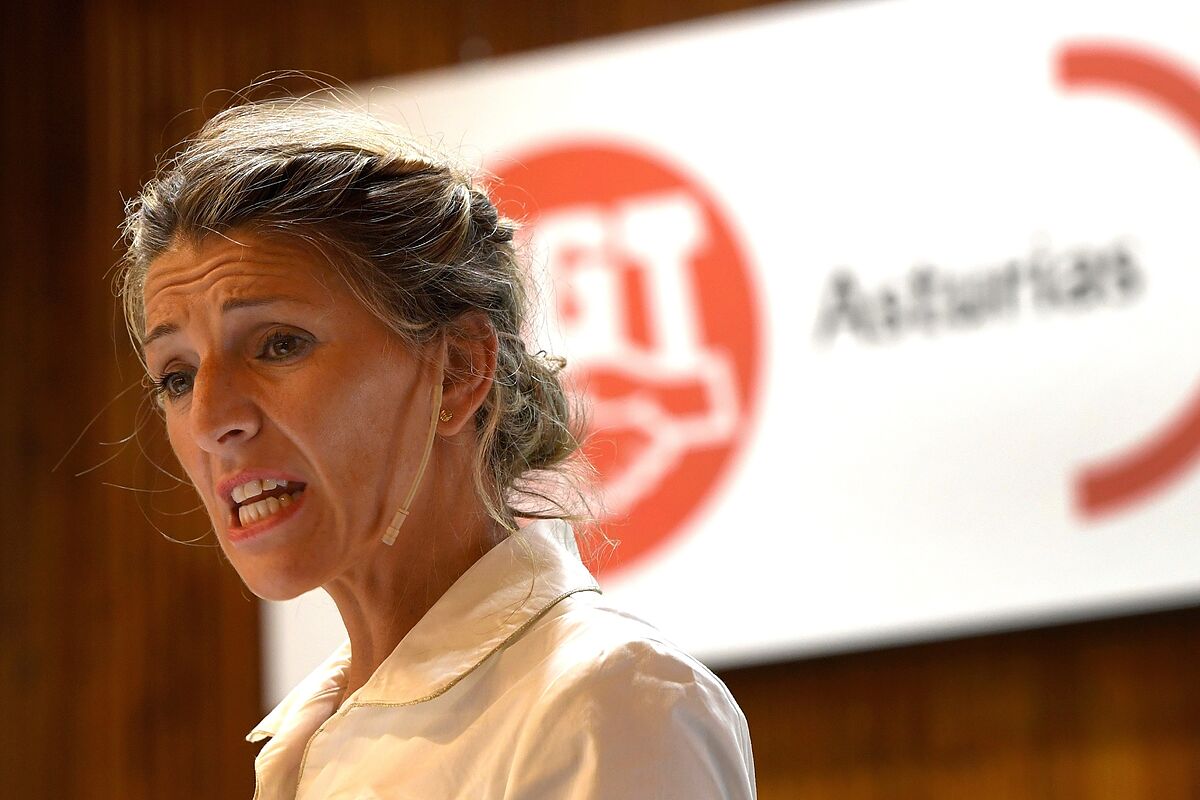 The Second Vice President of the Government and Minister of Labor and Social Economy, Yolanda Díaz, said this Friday that she "gives priority" to the social agreement before the amounts in which the minimum interprofessional wage (SMI) should rise and has reproached the CEOE who does not want to negotiate.

"I feel very sad, because this table could have been a mere consultation and, nevertheless,

I wanted there to be social dialogue and there has been

The vice president, in statements to TVE collected by Europa Press, has considered "incomprehensible" that it is said from business organizations that now "it is not necessary" to raise the minimum wage when Spain is in a "galloping crisis" before which it is

necessary to help the weakest

In spite of everything, he has assured that he will try to achieve an agreement for the increase in the SMI "with the maximum number of interlocutors possible" and has indicated that, although there have been no formal calls from the table these days, "the number of

calls and negotiations "between the parties is being" infinite "

In any case, he stressed that the increase in the SMI will take place and also immediately and has said that, "without a doubt", in

there will already be a minimum wage higher than the current one.

Although he has considered it "imprudent" to reveal the amount that is being negotiated, he has reiterated that the rise in the SMI will move

created to analyze the path in which the minimum wage should be increased. to reach 60% of the median salary at the end of the legislature.

The minister stressed that the increase in the SMI will

"The bulk of the salaried population is seeing their salaries revalue between 1.5% and 1.8% and it is not explained that those who need it most are left out of this revaluation," he pointed out.

Díaz has highlighted that the SMI is the "most important tool to fight against working poverty", something that the Bank of Spain recognized in its latest report on this minimum income, according to Díaz.

In fact, the minister has specified that the previous increases in the SMI have contributed to raising the lowest wage deciles.

In force "from the first day it is approved"

The Minister of Finance, María Jesús Montero, assured in an interview in Servimedia that the increase in the SMI will be taken to the Council of Ministers "at the moment in which there is an agreement" in the social dialogue and that "it will enter into force precisely from the first day to be approved. "

The minister highlighted "the government's commitment" to raising the SMI, noting that "it affects the most vulnerable groups of workers", and that, therefore, "they have to benefit from this recovery."

"Hopefully we can produce an agreement between unions and employers in which the Government will be a facilitator," said Montero, who pointed out that "there have been more difficult times to reach an agreement and we have achieved eleven very good agreements within the framework of social dialogue." .

For this reason, he advocated "letting unions and employers work these days" and that, "as soon as there is an agreement, it will be taken to the Council of Ministers and it

will come into force precisely from the first day it is approved."

The debate on the rise of the SMI maintains in disagreement both the two formations that make up the coalition government, PSOE and United We Can, as well as unions and businessmen.