Friendly economy time. Today, let's talk with reporter Kim Hye-min. Over the past two days, the stock prices of Kakao and Naver have fallen a lot. 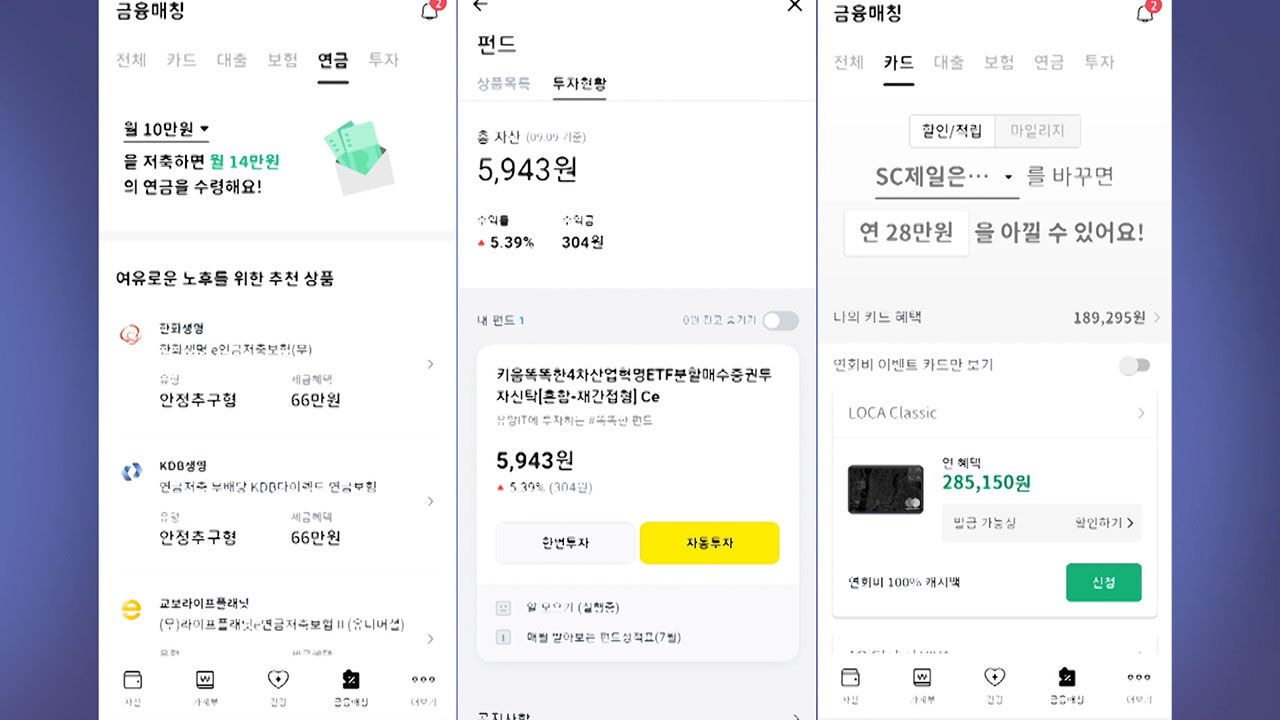 friendly economic time. Today (the 10th), we will also talk with reporter Kim Hye-min. Over the past two days, the stock prices of Kakao and Naver have fallen a lot.

two days, the market caps of Kakao and Naver evaporated by 20 trillion won. In particular, the share price of Kakao fell more than 16% in two days.

In the meantime, Kakao has been expanding its octopus by listing its subsidiaries one after another. As a result, the stock price was also on an upward curve. However, the interpretation of the Financial Consumer Protection Act announced by the Financial Services Commission on the 7th put the brakes on it.

Online financial platforms such as Kakao Pay and Naver Financial have been providing services that compare or recommend financial products.

The FSC said that in order to provide such 'customer-tailored financial services', registration with the financial authorities is required in the future.

In addition, politicians have even said that there is a need for regulation on platform companies. In fact, it was seen as a foreshadowing of regulations on big tech companies, fueling the stock price decline.

I also found this while researching. In the meantime, I have been using this service. Broadly speaking, it refers to services that recommend insurance, investment, and credit cards.

In Kakao Pay, 'collecting eggs' is a typical example. Each time you pay with Kakao Pay, you get one egg. When a customer opens an account, they can invest in something like a fund as much as the amount written on the egg.

It is known that Kakao induces customers to create securities accounts and currently has 5 million accounts.

However, these services I mentioned previously had to be registered separately in order to operate. In order to recommend a credit card, you must first register as a solicitor under the Credit Finance Act. In the case of fund brokerage, only individuals could act as an investment recommendation agency.

Yes. There is a story that the Chairman of the Financial Services Commission met with reporters yesterday.

It is the principle of 'same function, same regulation', and as the industrial environment is rapidly changing, various benefits have been given to big tech and fintech companies.

Therefore, many of the services provided by the financial platform are judged as unregistered 'brokers' and are required to either suspend the service by the 24th, or to register in accordance with the Financial Consumer Protection Act.

Big tech and fintech companies are demanding a longer grace period, but the financial authorities are tough.

Since the beginning of this year, we have already communicated this policy to fintech companies through several meetings, so this is not a sudden change.

been 9 months since the beginning of this year? Then it might be difficult to see it as sudden. Finally, I have a question. In the past two days, the stock price has fallen a lot because of this situation anyway. How do you think it will be, in the future?

Two perspectives coexist. On the one hand, they believe that excessive fear has spread compared to the government's measures.

In fact, Naver is not directly related to this measure. The stock price plummeted along with Kakao because it is a financial platform.

Although it is inevitable that some part of the service will be disrupted, Kakao Pay does not suffer such a big blow that it has to close its business altogether.

Financial services accounted for only 22% of Kakao Pay's sales last year. On the other hand, there are views that this measure is the beginning of big tech regulation.

The ruling party continues to criticize big tech companies, but the possibility that the government will regulate other industries besides finance cannot be ruled out. If so, it will have a long-term effect on the stock price.

Anyway, this incident confirmed once again that the government and the public's view of big tech companies is changing from 'innovation' to 'monopoly'.