Look at express logistics at the Service Trade Fair: Wisdom and green trends are highlighted 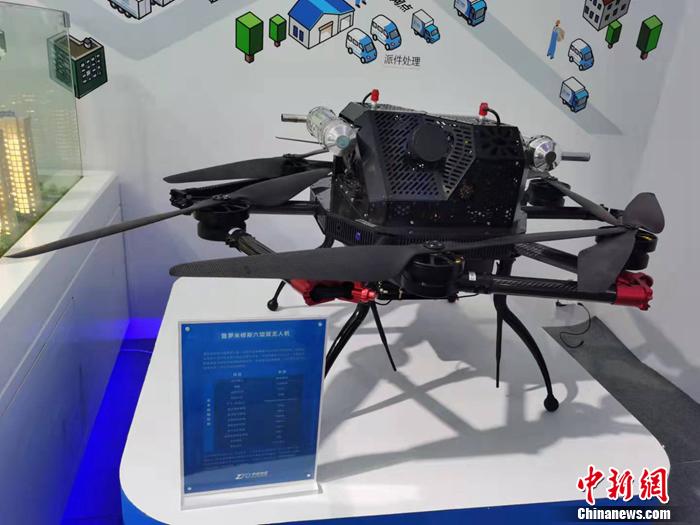 Many express logistics companies have appeared, bringing new intelligent equipment and new technologies in industries such as drones, unmanned vehicles, and self-service mailing machines, highlighting the trend of smart logistics and green logistics.

According to reports, UAVs have been put into use in Shaanxi, Tonglu, and Shanghai one after another, mainly for express delivery into villages, drug transportation and other businesses.

Cainiao brings an intelligent terminal logistics unmanned vehicle that can handle complex road conditions on its own and plan the optimal path. Its "brain" has a response speed 7 times that of a human brain. It can run more than 100 kilometers on a 4 kWh charge, which is an average bicycle It can deliver 150 packages per day, and the delivery capacity is comparable to the average level of a courier.

Cai Chen, senior vice president of GLP China and general manager of the Beijing-Tianjin-Hebei region, told Chinanews.com that an obvious trend in the express logistics industry is intelligence.

Wisdom and digitization have become the new standard of modern supply chain and its industrial services.

It is foreseeable that the combination of the Internet of Things and artificial intelligence will bring transformative development to the operation of the entire logistics industry.

At this meeting, GLP brought the Smart Warehousing Robot Servicing (RasS) solution. In short, it is to hire robots like employees, and pay according to the number of processed pieces or orders.

Enterprises can benefit from warehousing robot technology and directly use intelligent and efficient storage, picking, sorting, packaging and other services without directly purchasing equipment.

Cai Chen believes that zero-carbonization means adhering to the concept of sustainable development and vigorously promoting the application of new energy in the logistics industry, which is also a major trend.

According to reports, as early as 2018, GLP established Pufeng New Energy to turn green and clean energy into a standard configuration for a new generation of smart parks, helping customers reduce carbon emissions and achieve "carbon neutrality" in operations.

In addition, GLP is also cooperating with CATL to lower the threshold for large-scale use of new energy by logistics, transportation and other related enterprises through a series of new business models such as the asset servicing of commercial vehicle batteries.

In addition, Best Supply Chain is based on the application of blockchain technology, and has realized the entire paperless handover of the entire chain of delivery and receipt in its transportation projects.

Are you looking forward to an increasingly smarter and greener express logistics industry?