Wu Sheng, founder of Scene Lab: Where is the "new" of the new consumer wave?

Chinanews client, Beijing, August 31 (Reporter Zhang Xu) The new consumer track is surging, and countless new brands have emerged, which makes people dizzy. The high valuation makes many people call "unintelligible". How to define this new wave of consumption, and where is it new compared to the past? In this regard, Chinanews recently conducted an interview with Wu Sheng, the founder of Scene L 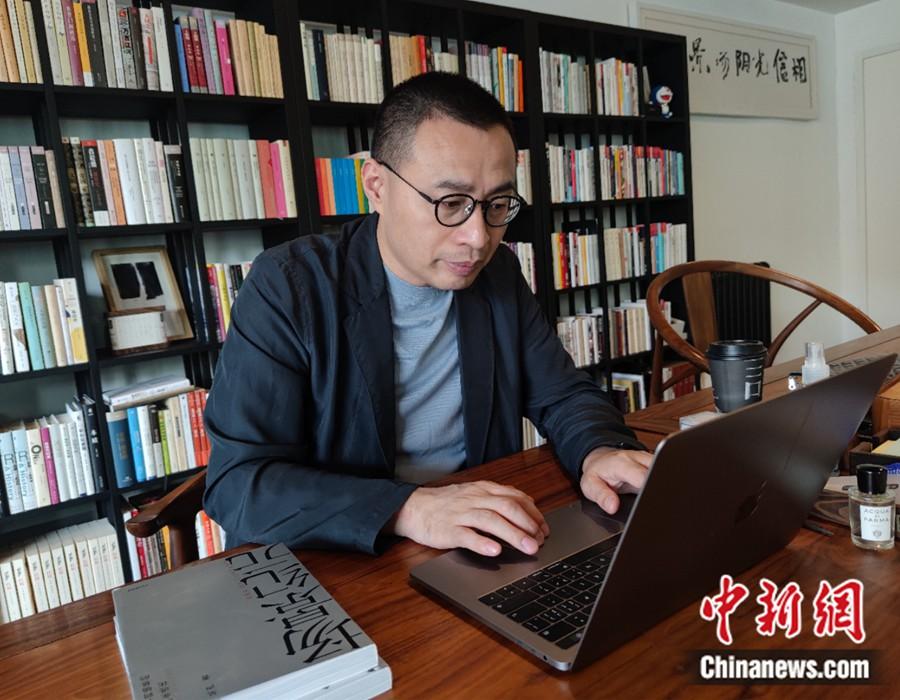 How to define this new wave of consumption, and where is it new compared to the past?

In this regard, Chinanews recently conducted an interview with Wu Sheng, the founder of Scene Lab.

Where is the new species?

Before answering this question, Wu Sheng raised a question: Everyone has “beef noodles” at their doorstep, but why can brands such as Hefu Lao Noodles and Encounter Small Noodles have high valuations?

In Wu Sheng's view, the "newness" of new species has undergone major iterations and changes in the past three or four years.

"It is not only the ability to digitize the industry, but also includes a new consumer spirit, a new aesthetic, and a new form of survival."

During his investigation, Wu Sheng found that the central kitchen of Hefulao noodles became his digital supply chain base.

"We understand that its central kitchen can support the supply of more than 1,000 stores of various types. The R&D center relies on data feedback, and the products are completed in the central kitchen. Therefore, Hefu Lao Noodles has the ability to develop various new formats, which is similar to traditional catering. The underlying logic of the industry is completely different."

"The market strategy is also based on digital capabilities. There are also cross-border and multi-category vitality forests, coffee, bottled water, and tea."

Ability to be combined with new scenes

In Wu Sheng's view, ability is only one aspect. In order to be successful, one needs to grasp new scenes, combine ability with scenes, and burst out more energy.

On Double Eleven in 2020, a pet supplies brand called "Stubborn Tail" suddenly emerged and reached the top of this category. Many people thought it was an entrepreneurial brand, but found out that it was a new brand of the listed company Chaoyun Group.

"For a long time, domestic brands on the pet products track are still very rough, and many needs are not met," Wu Sheng said. "First, cat food and dog food are firmly occupied by several major foreign brands. Second, China is also There are no pet solutions in the strict sense, such as antibacterial, epidemic prevention, nursing, bathing, etc., and they are still in the stage of supplementary lessons. The demand for young people to feed cats and dogs has come to a new stage, and the huge demand cannot be met. Chaoyun The group has a wealth of antibacterial technology reserves, and the two hit it off, so it was able to break the circle."

Wu Sheng explained: "This is the combination of the original ability and the new scene, and at the same time caters to the new consumption concept, thus harvesting good market feedback cases. We often say that there is nothing new under the sun, but you have to understand what is behind the Z generation. New way of life, looking for new scenes."

The staff grooms the pets.

Innovation in the supply chain: quick response in small batches

With the ability to discover new scenarios, how to turn them into products?

This is inseparable from the support of the supply chain.

He predicted that flexible supply chain will become one of the mainstream.

Wu Sheng said: "I have done apparel e-commerce and I am familiar with OEMs. In the past, Party A and Party B signed a contract to entrust processing in the textile and apparel supply chain. The supply chain is different. The MOQ can now be 200 pieces, but the replenishment cycle is required to be reduced to seven days."

The reason why it is very different from the past model is the complete full-link digitization.

For example, Wu Sheng said that a clothing brand launched three co-branded limited models in Dubai. At first, I didn't know which sales would be good. So I ordered 200 pieces. As a result, the order exceeded 500 pieces in less than two days, so he quickly replenished the items.

In the traditional model, the cost of proofing and testing is borne by the supply chain enterprise, so there will be many requirements for Party A, but now it is Party A who pays the cost and the suppliers are more willing to cooperate.

Moreover, supply chain finance has also changed. In the past, there was a payment cycle of several days, but now it is directly paid to the supplier in advance.

"With these changes, small batches of orders that respond quickly to the market become possible. We call this in-depth scenario, which means going deep into the industrial chain. This is also an update of the supply chain model."

In addition, Wu Sheng also mentioned that in terms of cross-border e-commerce, the pre-warehouse model of Chinese companies goes deep into the front line of consumption, closer to buyers, responds quickly to demand, and greatly improves efficiency. This is also a Chinese company. Contribution to supply chain innovation.