As part of its efforts to expand global trade networks and strengthen partnerships, the Republic of Uzbekistan, as a new gateway, joined the “World Logistics Passport” (WLP) initiative, during a signing ceremony held in Tashkent in the presence of the Minister of Economy, Abdullah bin Touq Al-Marri, Deputy Prime Minister and Minister of 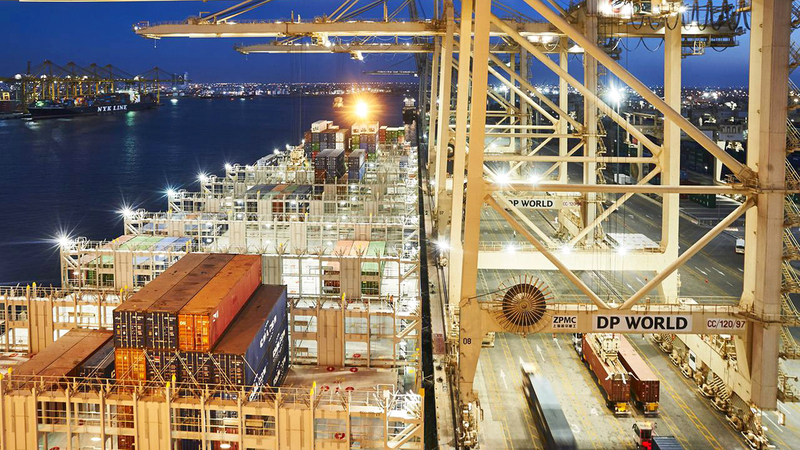 The "Logistics Passport" initiative aims to facilitate the flow of global trade.

As part of its efforts to expand global trade networks and strengthen partnerships, the Republic of Uzbekistan, as a new gateway, joined the “World Logistics Passport” (WLP) initiative, during a signing ceremony held in Tashkent in the presence of the Minister of Economy, Abdullah bin Touq Al-Marri, Deputy Prime Minister and Minister of Investment And Foreign Trade in Uzbekistan, Sardor Umurzakov, Executive Director of Operations at Dubai Trade, and General Director of the Global Logistics Passport initiative, Mahmoud Ahmed Al Bastaki.

The “Global Logistics Passport” initiative, led by the private sector, aims to facilitate the flow of global trade movement, enable access to markets, and provide the necessary economic competencies for member states in the initiative, which enjoys a wide global reach, and provides its members with unique advantages that include priority in handling and speed of clearing transactions, This helps reduce supply chain costs and increase the volume of trade exchanges.

Mahmoud Ahmad Al Bastaki said: “We are pleased to welcome Uzbekistan to the (Global Logistics Passport) initiative, which helps countries in the world to develop their economies and create new job opportunities by enhancing trade and product competitiveness, while enabling their access and spread through more efficient and effective supply chains.”

He added, “Uzbekistan continues its efforts to develop its export-based economic programme.

In this context, Uzbek traders will now be able to expand their trading activities and explore new business opportunities thanks to our network of centers and portals distributed in Latin America, Asia, Africa and the Middle East.”

With the accession of Uzbekistan to the initiative, Uzbek traders will benefit from the increase in commercial traffic and revenues, and Uzbekistan will enhance its presence and spread through the network of the "Global Logistics Passport" initiative, thus expanding its capabilities for commercial communication with various countries of the world, and facilitating access to the Uzbek government to support merchants' transactions It facilitates their activities in Uzbekistan by registering their membership in the initiative.

The First Deputy Minister of Investment and Foreign Trade of the Republic of Uzbekistan, Ziz Kudratov, said: “Uzbekistan’s accession to the (Logistics Passport) initiative represents a great opportunity for merchants and freight forwarders who will benefit from the network of multimodal trading centers in the southern hemisphere, ensuring their cost and time efficiency. to carry out transactions.

We look forward to developing Uzbekistan’s role as a new gateway to the initiative to pave the way for creating new opportunities in the country.”

In light of the World Bank’s expectations, which indicated that the economy in Uzbekistan will grow by 4.8% in 2021, this partnership with the “Global Logistics Passport” initiative is expected to stimulate trade between Uzbekistan and the world, as Uzbekistan is the largest consumer market in Central Asia, And a major exporter of cherries, apricots and carrots.

The business arena in Uzbekistan is also preparing to take advantage of these economic advantages, in light of the increase in domestic consumption, and the expansion of demand for exports from Uzbekistan.

Uzbekistan will reap the benefits of joining the “Global Logistics Passport” initiative by enabling trade exchange across the Emirates, which will allow it to benefit from a wide network that includes many commercial centers and gates extending across the continents of Latin America, Asia, the Middle East and Africa, and includes many countries, such as India, Kazakhstan, Thailand, Brazil, Senegal, South Africa and the UAE.