OAG: 20% growth in the number of national carriers’ flights during July

OAG International, a provider of airport and airline data, revealed that Emirati carriers operated 15,742 flights to various international airports during July 2021, with a growth rate of 20%, compared to the previous month. yo 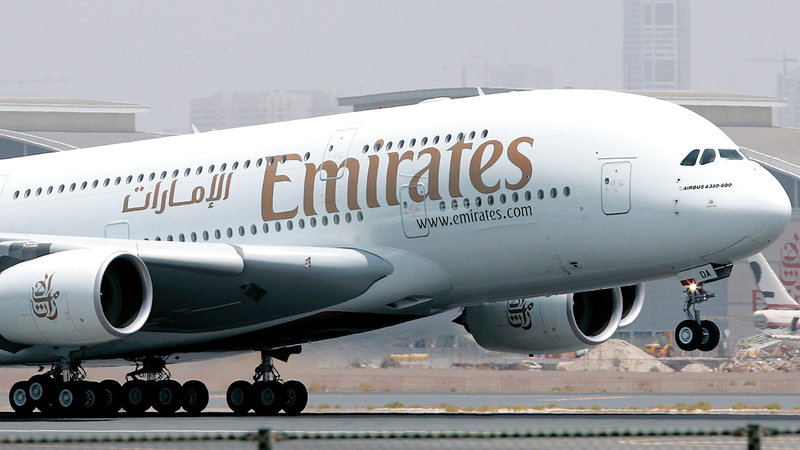 OAG: 20% growth in the number of national carriers’ flights during July

OAG International, a provider of airport and airline data, revealed that Emirati carriers operated 15,742 flights to various international airports during July 2021, with a growth rate of 20%, compared to the previous month.

In detail, the International Corporation, which provides data for airports and airlines "OAG", revealed that the UAE carriers: "Emirates Airlines", "Fly Dubai", "Etihad Airways", "Air Arabia", "Air Arabia Abu Dhabi" operated 15,742 Flights to various international airports during July 2021, compared to 13,111 flights in the previous June, with a growth rate of 20%.

Emirati carriers operated more than 507 flights per day throughout last July, at a time when data showed a continuous increase in the number of flights operated by national carriers since the resumption of air traffic following the “Covid-19” pandemic, to reach high levels during the height of the summer. current.

In addition, Emirates Airlines is gradually rebuilding its global network safely and sustainably, as it has resumed passenger services to more than 120 passenger destinations, allowing customers to travel easily and smoothly from and through Dubai, to the Americas, Europe, Africa, the Middle East, Asia, and the countries of the ocean basin. Pacific Asian.

These destinations represent about 85% of the number of destinations that were operated by the carrier before the “Covid-19” pandemic, while it plans to restore about 70% of the capacity until winter 2021.

In turn, the total number of destinations within the "Fly Dubai" network reached more than 95 destinations in 50 countries within its global network, and "Fly Dubai" announced the strengthening of its network of destinations in the world, by operating more stations during last July throughout Africa and Europe. and Central Asia, the Gulf Cooperation Council, the Middle East and the Indian subcontinent, such as the stations of the Egyptian “Sohag International Airport”, the “Salzburg International Airport” and the “Italy’s Naples Airport”.

flydubai’s expanded partnership with Emirates Airlines provides passengers with smoother connections through Dubai International Airport, which is a global aviation hub that provides flights to more than 200 destinations between Emirates Airlines and the flydubai network, including These include Australia, the Indian Ocean, Japan, South Asia, and the United States.

And confirmed that it will continue to rebuild the air corridors and link them with the capital Abu Dhabi.

During the first half of 2021, Air Arabia succeeded in expanding its network of destinations by launching new flights from its operations centers in the UAE, Egypt and Morocco.

The airline's loyalty program also entered into a partnership agreement with Etihad Guest, the exclusive loyalty program of Etihad Airways, so that members of both programs can benefit from the exchange and spending of points and miles.

Air Arabia Abu Dhabi, the first low-cost airline based in Abu Dhabi, has announced the addition of more destinations to its operations, such as Sarajevo, the capital of Bosnia and Herzegovina, which is the 11th destination for the company since launching its flights from Abu Dhabi International Airport in the third quarter of 2020.