Spanish tourism can breathe for now. The United Kingdom will keep Spain on its amber list of countries at risk for Covid, and will not place it in the red zone, despite the ... 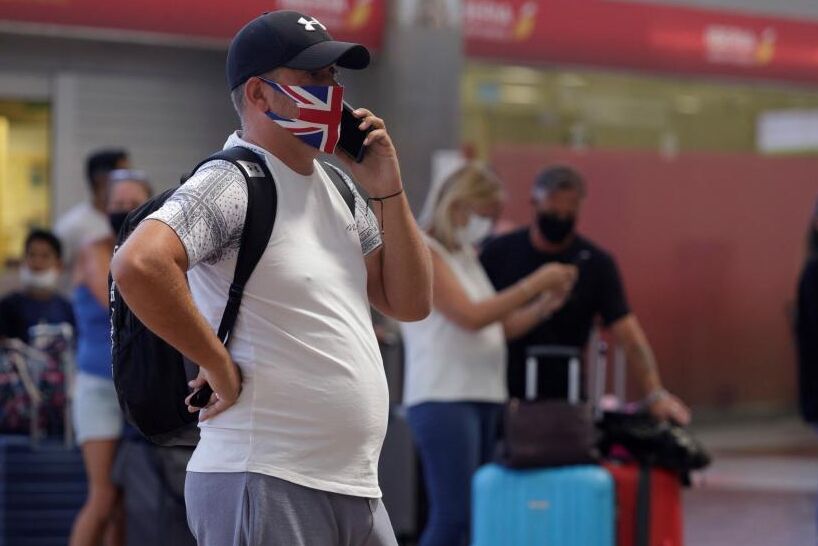 Spanish tourism can breathe for now.

The United Kingdom will keep Spain on its amber list of countries at risk for Covid, and will

not place it in the red zone

, despite the increase in cases, according to The Times newspaper.

The British Government is

going to update its international travel list this Wednesday

, where it places countries in the red, amber or green zone depending on the risk due to Covid.

Spain is in amber, which means that British tourists who are vaccinated and return from our country do not have to do a 10-day quarantine.

Those who return from a country on the red list are obliged to do so, which means that if London revises the status of Spain downwards and places us in a high-risk area, tourists who are in our country would have to return in good shape. hasty if they want to evade quarantine.

It has already happened, for example, with Portugal, which went from amber to red in a few weeks.

According to the aforementioned newspaper, in

the end Spain will not be included in the red zone

due to the fall in cases and concern about the lack of enough hotel rooms to keep British tourists who test positive in quarantine.

The fear existed, due to the increase in infections in our country and

the possible spread of the Beta variant of the virus

In fact, the British Government was considering the possibility of creating a watch list for countries in the amber zone but with incidence of the Delta and Beta variants.

Finally, he decided not to.

Thousands of tourists from the UK are currently on vacation in Spain, the main destination for the British.

One in four tourists who visited us before the pandemic was of this nationality.

Hence the importance of there being no restrictions on mobility in this country.

In the first six months, only 273,333 Britons have arrived in our country

, compared to the more than eight million who visited us in 2019. Even so, since the country lifted the obligation to quarantine for those vaccinated more than two weeks ago the reserves have increased.

, only 30% fewer tickets were booked to fly to our country than in the same month of 2019

, according to data from the consulting firm Forwardkeys based on tickets confirmed in July to fly to Spain (on any date).

In other words, seven out of 10 Britons who bought a plane ticket in July of the pre-pandemic year to visit Spain have also done so now.