Explosion of the port of Beirut: "Lebanese officials knew there was a risk"

The NGO Human Rights Watch (HRW) accuses the Lebanese authorities of criminal negligence, violation of the right to life and blocking the local investigation into the devastating explosion of August 4, 2 ... 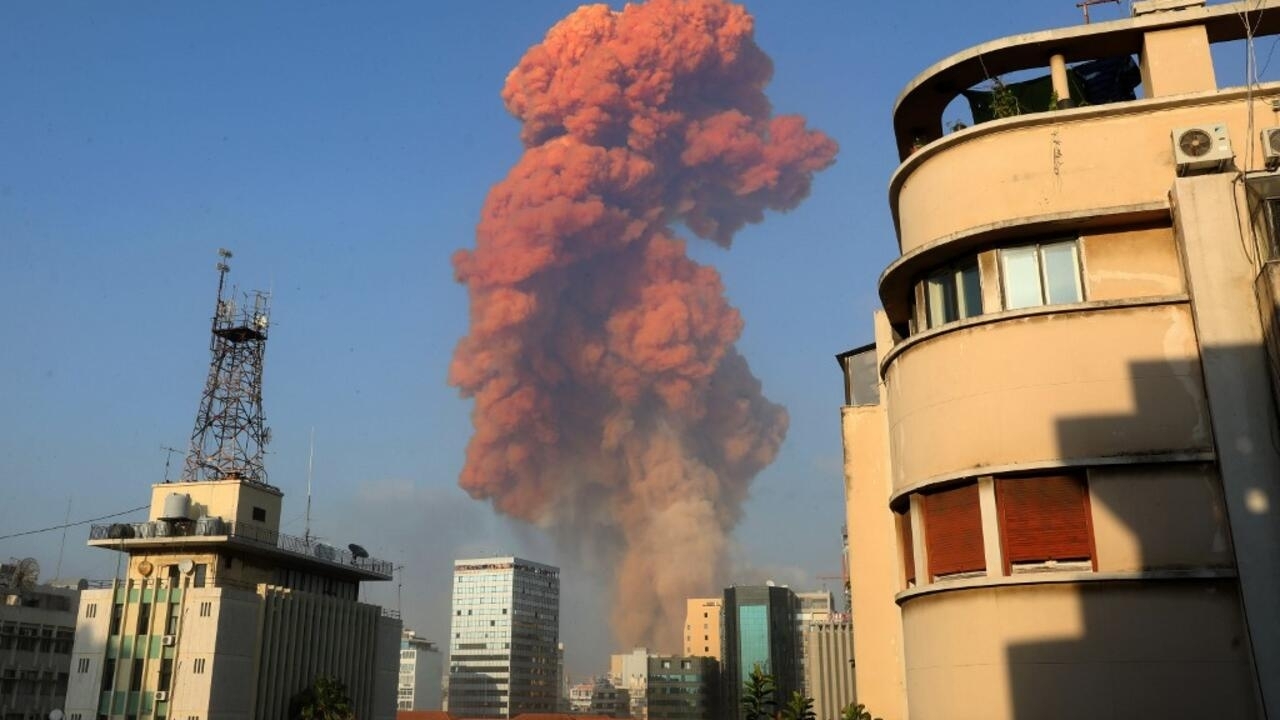 Explosion of the port of Beirut: "Lebanese officials knew there was a risk"

A thick plume of orange smoke rises from the port of Beirut in the late afternoon, August 4, 2020, after the explosion of a warehouse containing ammonium nitrate.

The NGO Human Rights Watch (HRW) accuses the Lebanese authorities of criminal negligence, violation of the right to life and blocking the local investigation into the devastating explosion of August 4, 2020 at the port of Beirut.

The organization recommends the establishment of an independent investigative mission of the UN and international sanctions against senior Lebanese officials.

The gigantic explosion of August 4, 2020

It was triggered by the explosion of several hundred tons of ammonium stored since 2014 in a dilapidated warehouse at the port.

126-page report, the NGO documented the multiple failings of political and security authorities in the management of this stock of hazardous materials from its arrival at the port in 2013 until its explosion.

Interview with Aya Majzoub of Human Rights Watch, one of the report's writers.

RFI: In your report, you come to the conclusion that many senior Lebanese officials as well as the army were aware of the cargo stored in the port and of its danger for the population.

What we were able to show is that the Lebanese officials knew what the risk represented by ammonium nitrate.

By not taking any action to protect the population, they tacitly agreed to take this risk.

In international law, this constitutes a violation of the right to life.

And why has no one acted to warn the population?

It is very difficult to comment on their intention, why they have decided not to do anything to protect the population.

Why did they not act?

By simple negligence, incompetence or for a malicious purpose, it is impossible to say.

Will those responsible be prosecuted?

Based on the information gathered for our report, we call on the international community to set up, through the United Nations Human Rights Council, an independent and impartial commission of inquiry.

This commission must address the human rights violations that led to the explosion and those that were committed following the disaster.

We hope that what our report has brought to light as well as a possible international investigation will enrich the Lebanese investigation and ensure that those responsible for this explosion are brought to justice.

Why is the Lebanese investigation not moving forward?

The Lebanese political class is not used to being accountable. Human Rights Watch and other organizations have documented numerous cases of human rights violations or corruption, but here in Lebanon there is a culture of impunity. This means that senior politicians are not worried about the justice system, especially as the appointment of judges is highly politicized. The government has a lot of leverage in deciding which judge will be appointed to which court. In the past, we have exposed many instances of political interference, precisely in order to prevent senior officials from being prosecuted. And we're seeing that same pattern today, with the port explosion investigation.

: Lebanon: senior officials prosecuted in the investigation into the explosion in the port of Beirut

or simply unwilling to hold senior officials accountable for one of the worst crimes in the country's history and one of the most devastating explosions in the world.

We know that politicians are blocking the investigation and questioning the integrity of judges.

They are doing all they can to avoid accountability and the truth about the origin of the explosion come to light.

To question a Lebanese politician or deputy, Parliament must first lift his immunity. What he refuses to do. But this archaic legislation does not apply to international investigators who could, under the aegis of the United Nations, look into the responsibilities of each other without being blocked by Lebanese procedures. A commission of inquiry mandated by the United Nations does not need permission from local authorities to do its job. And I am sure that Lebanese officials would cooperate with international investigators, because they do not want a report published without mentioning their point of view, their side of the story.

: A year after the explosion in Beirut, the EU is trying to put pressure on the Lebanese leaders