Dubai International Airport ranked first in the world in terms of the average seat capacity available for each flight, according to a recent study issued by OAG International, which provides data for airports and airlines.The organization stated in a study that Emirates Today obtained a copy, that die 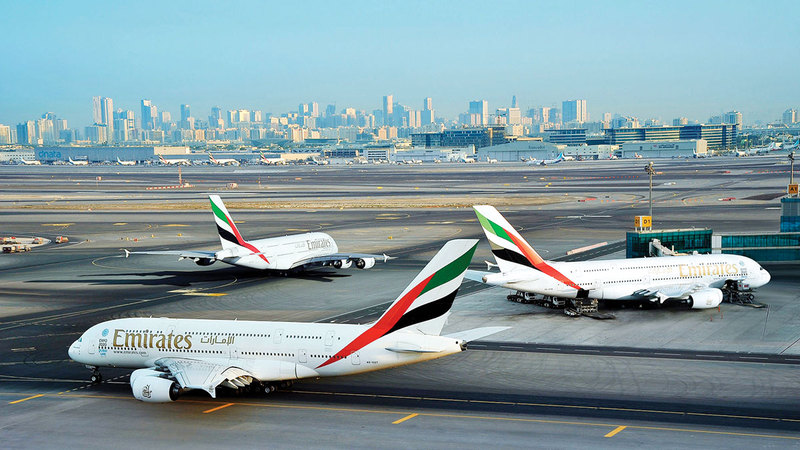 OAG: It reached 270 seats this July

Dubai International Airport ranked first in the world in terms of average seat capacity available per flight, according to a recent study issued by OAG International, a provider of airport and airline data.

The foundation said that the resumption of more services provided by Emirates Airlines, specifically using the giant Airbus A380 aircraft, will push the average capacity to a level close to approximately 300 seats at 2019 levels.

The corporation indicated that aviation's recovery continues, as airlines reshape and re-evaluate their strategies for the next decade, including adjusting their networks, reviewing their fleets and operating models, as well as renegotiating many supplier agreements.

The latest data on the Dubai Airports website showed that the total number of destinations served by airlines operating at Dubai International Airport reached 150, operated by 58 national and international airlines.

According to the latest data of the institution monitored by "Emirates Today", Dubai International Airport currently serves 63% of destinations in 89% of countries, as it deals with 72% of airlines that operated their flights through Dubai Airport before the "Covid-19" pandemic. .

For its part, data from the Dubai Civil Aviation Authority showed that the total number of passengers through Dubai International Airport during the first half of this year reached 10,645,230 passengers.

According to the data obtained by "Emirates Today", the total number of international passengers who used Dubai Airport during June 2021 reached about 1.55 million, compared to 1.47 million passengers in May 2021.