What impact and enlightenment did Henan's extreme rainstorm bring to traffic?

(Economic Observation) What impact and enlightenment does Henan's extreme rainstorm bring to traffic?   China News Service, Beijing, July 24 (Liu Liang and Zou Quan). In the past few days, extreme rainstorms have hit many places in Henan, causing serious waterlogging disasters. Zhengzhou, the capital of Henan Province, once faced a "stop". Although the rain has eased in many places, including Zhe 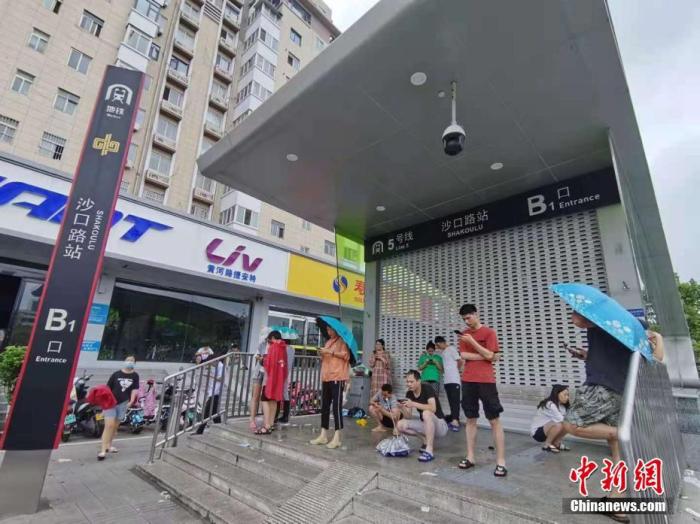 (Economic Observation) What impact and enlightenment does Henan's extreme rainstorm bring to traffic?

Although the rain has eased in many places, including Zhengzhou, the "impact" of this rare torrential rain on the transportation infrastructure is still continuing.

Data map: The picture shows the exit of Shakou Road Station on Zhengzhou Metro Line 5 in danger on the evening of the 20th.

In the past few days, due to the rare and continuous heavy rainfall, Zhengzhou traffic has been widely affected: all subway lines in the city have been suspended, flights have been cancelled on a large scale, many high-speed rail trains have been forced to turn back, and many highway sections have been banned...

In this rare torrential rain in history, the maximum hourly rainfall at the Zhengzhou Meteorological Observatory reached 201.9 mm (16:17 on the 20th), breaking through the historical extreme value of the hourly rainfall in mainland China, which not only caused the traffic in Zhengzhou to be suspended for a time "It also has a greater impact on national transportation.

As for the railway, before the rainstorm, the daily passenger flow of Zhengzhou Station was about 400,000 passengers.

Affected by heavy rains in successive days, all trains at Zhengzhou Station were suspended on July 20, and a large number of passengers were stranded.

At the same time, this will also have a greater impact on passenger transport in nearby places such as Xi'an, Shijiazhuang, and Wuhan.

In terms of aviation, on the 20th, a large number of inbound and outbound flights at Zhengzhou Airport were cancelled.

After the traffic situation in Zhengzhou, its influence spread rapidly.

Many places in China have suspended receiving and sending express delivery to Zhengzhou.

Take delivery from Beijing as an example. According to media reports, Zhongtong Express, Yunda Express, and JD Express stated that they can currently be sent to Zhengzhou, Henan, but the timeliness cannot be guaranteed.

The courier company also claimed that Zhengzhou’s roads were severely damaged after the heavy rains. Many places had water and power cuts, and it would take at least a few days to recover. The time for express delivery from Beijing to Zhengzhou would be delayed.

Talking about the impact of the heavy rain in Zhengzhou on the national traffic, Chen Xiaohong, a professor at the School of Transportation Engineering of Tongji University, said in an interview that this is a short-term. Several highways and railways operate in Zhengzhou.

Chen Xiaohong said that the important enlightenment brought by the Zhengzhou rainstorm is to increase risk pre-control capabilities in future urban transportation planning, "because now the city is getting bigger and bigger, the more efficient, the more concentrated, and the more vulnerable."

Zuo Dajie, an associate professor of Southwest Jiaotong University, also said in an interview with the media that railways and highways are ground transportation methods and are susceptible to weather and geological disasters.

In contrast, civil aviation recovers quickly after severe weather, which can guarantee air traffic connections between the disaster-affected area and other places.

For this reason, the advantages of multiple transportation methods can be fully utilized in the future.