How does Honor and Qualcomm unite? The CEOs of the two companies said this in a dialogue

After Honor and Qualcomm reached a strategic cooperation, the progress of the cooperation between the two parties ushered in new news-Honor Magic3 will be officially released on August 12, equipped with Qualcomm's Snapdragon 888Plus flagship mobile platform.   On July 20, in the Reuters Global CEO Technology Dialogue Program, Honor Terminal Co., Ltd. CEO Ming Zhao and Qualcomm President and CEO 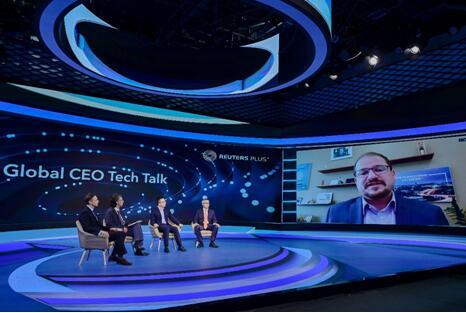 After Honor and Qualcomm reached a strategic cooperation, the progress of the cooperation between the two parties ushered in new news-Honor Magic3 will be officially released on August 12, equipped with Qualcomm's Snapdragon 888Plus flagship mobile platform.

Live connection with Cristiano Amon, President and CEO of Qualcomm

Honor said that it is equipped with Qualcomm's newly released Snapdragon 888Plus flagship mobile platform Honor Magic3, which is an all-round technology flagship that integrates top 5G communication technology and innovative AI applications.

On May 21, when Zhao Ming attended a public event in Beijing, he said that he had reached a strategic cooperation with Qualcomm, signed a comprehensive supply agreement, and will release new products based on the Qualcomm Snapdragon platform in June.

"After Honor became independent, Qualcomm was the first chip manufacturer to reach cooperation and sign a supply agreement with Honor."

Glory said at the time that technological development is changing people’s lives. For the challenges facing 5G popularization, such as energy consumption and signal coverage, Glory and Qualcomm have worked closely to improve the 5G communication experience and accelerate the progress of 5G popularization.

It is understood that on the Honor 50 series, Honor will apply exclusive GPUTurboX and LinkTurbo technologies to the Qualcomm Snapdragon mobile platform for the first time.

GPUTurboX can better release the performance of Qualcomm chips, significantly enhance the gaming experience, and at the same time balance power consumption well.

Honor Magic3 is the second product that Honor and Qualcomm have worked together.

Anmeng said that it is very happy to see Honor becoming one of the first manufacturers to release the flagship chip terminal equipped with the Snapdragon 888Plus.

Zhao Ming said that Honor will continue to deepen the underlying technology and fully release the performance of the Snapdragon 888Plus chip with its top innovative capabilities and exclusive optimization capabilities in communications, power consumption, battery life, and imaging.

Inspired by the "MagicHour" in photography, Honor Magic3 will launch two color schemes: GoldenHour and BlueHour.

In the Reuters Global CEO Technology Dialogue Program, Zhao Ming also stated that in terms of smart interconnection, Honor's vision is to create a new world of wisdom that belongs to everyone.

Glory hopes that everyone can fully enjoy the dividends of technological development, and will use AI technology to help consumers manage 5G smart life in all scenarios.

"In terms of privacy and security, the current multi-platform sharing of smart terminal device data makes life more intelligent and convenient, and also triggers the risk of privacy leakage. Consumers have absolute ownership and control over their private data. Honor's products insist on ' The principle of least privilege guarantees consumers' right to know and uses consumer privileges to the minimum. Honor has specially created the HTEE (Honor Trusted Execution Environment) system, an operating system for privacy and data security."

In terms of sustainable development, Zhao Ming believes that this is a social responsibility that enterprises must assume, and it is also a positive cycle of mutual promotion, helping enterprises to face market competition with better technology and more advanced concepts.