For more than a year and a half, Lebanon has been hit by an unprecedented economic and financial crisis that has plunged more than half of the population into poverty. The situation is even more ... 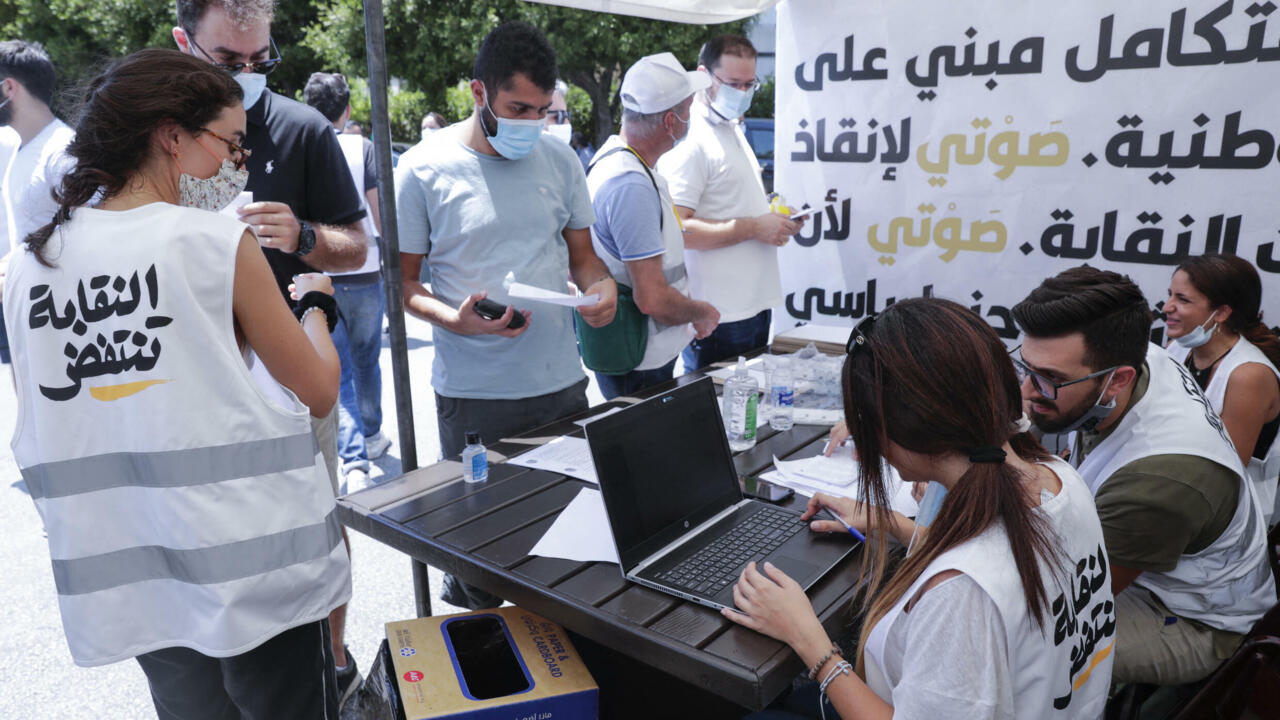 Members of the Order of Engineers voted for a new representative in Beirouth, this Sunday, July 18, 2021. © ANWAR AMRO / AFP

For more than a year and a half, Lebanon has been hit by an unprecedented economic and financial crisis that has plunged more than half of the population into poverty.

The situation is all the more serious as the country of the Cedars is paralyzed by a blockage of institutions which prevents the formation of a new government.

While many Lebanese are losing hope, others continue to fight for change.

Opposition parties allied with civil society movements close to the protest won an important victory on Monday, July 19 against traditional parties in union elections. The victory won by the coalition of the opposition and civil society at the Order of Engineers goes beyond the symbol. This powerful professional body has always been coveted by the traditional parties which have controlled it since the end of the civil war in 1990, with the exception of a short parenthesis.

On Monday, the Sunni Future Current and its Shiite ally, the Amal movement, were beaten down, none of their candidate was elected.

These two parties are respectively led by the

and the Speaker of Parliament Nabih Berry, considered to be the most illustrious representatives of the political class criticized by a majority of Lebanese.

This landslide victory comes three weeks after the first round, where the opposition list close to the October 17, 2019 protest won the day in the election of delegates.

It is therefore a confirmed desire for change.

Other traditional formations undoubtedly felt the tide changing and preferred not to engage in the battle, leaving their supporters the freedom of choice.

One thing is certain, these professional elections are a successful attempt to bring together components of the protest movement whose main weakness was disunity, the absence of a common platform and the inability to bring out leadership.

The alliance which swept away the traditional parties is certainly heterogeneous.

It includes formations of the right, the left and the center.

But it has the merit of bringing together candidates from all religious communities, united by their fierce opposition to the system in place, accused of having led the country to ruin.

The victory at the Order of Engineers is important, but the main stake remains, according to analysts, the legislative elections of 2022. Lebanon is managed by a parliamentary system and there can be no real change without a strong presence in the Bedroom.

In April, a coalition of 16 protest groups called for the formation of a broader political and electoral front.

In their sights, the legislative elections of May 2022, with the hope of snatching the majority from the traditional parties which have controlled Parliament for thirty years.

But there is still a long way to go before we get there.

►Also listen: Today the economy - In Lebanon, shortages are worsening against a backdrop of political deadlock