«Central»: 15 billion dirhams deposits of individuals in banks within 5 months 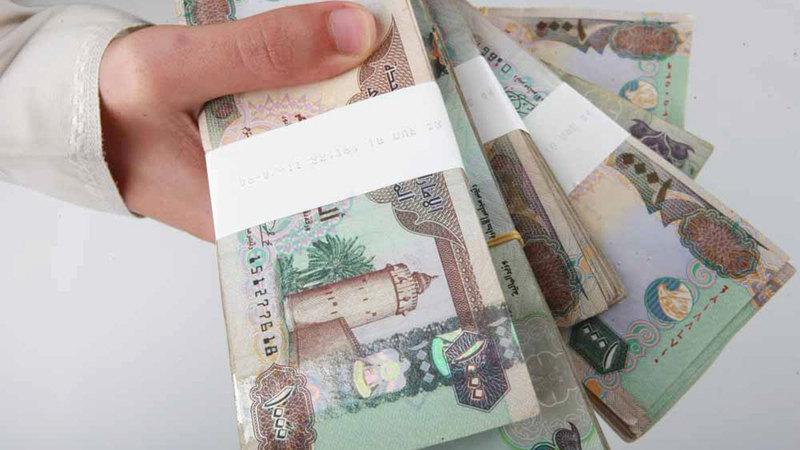 The biggest increase since 2017

«Central»: 15 billion dirhams deposits of individuals in banks within 5 months

Deposits of individuals residing in the country constituted 27.2% of the total bank deposits.

This is the largest increase in individual deposits in a five-month period since 2017.

Deposits of individuals residing in the country (citizens and residents) constituted 27.2% of the total bank deposits amounting to 1.87 trillion dirhams, at the end of last May.

National banks account for the largest percentage of individual deposits and bank deposits in general, with approximately 85%, while the remaining (15%) share goes to their foreign counterparts.

Commenting, the banking expert, Amjad Nasr, told "Emirates Today" that a large segment of individuals went to save and preserve their liquidity by placing them in the form of bank deposits, pending the end of the repercussions of "Corona" on the economy, especially the traditional investment sectors, such as real estate and the stock market. and others.

He added that the consumer behavior of individuals, and the tendency to spend on luxuries also declined, which created an abundance of money for individuals that was kept in their bank accounts, being the safest and most secure of any other savings receptacles.

Nasr explained that the increase in bank deposits in general, means a higher ability of banks to finance, as a result of the abundance of liquidity, as banks rely on deposits to lend and finance their operating activities, pointing out that income levels in the UAE allow for a surplus in many families who prefer to save and keep in the banks they deal with.

He pointed out that the Central Bank sets strong controls for banks with regard to bank deposits through the “know your customer” initiative, so we find that the reputation of the banking sector in the UAE is global, and the banks enjoy very great confidence, both with regard to the services provided or at the level of deposit insurance. Maintaining the privacy of customer data, while observing all controls related to combating money laundering and other legal matters.

Nasr indicated that the banking sector in the country includes a large number of banks, numbering more than 50 local and foreign banks, that compete with each other to provide the best services, and try to attract the largest volume of deposits, so it spends millions of dirhams on its technical infrastructure and provides its services throughout the day, ensuring ease transactions, and then gain the confidence of the customer, who in turn prefers one bank over another in keeping his surplus funds based on the level of those services.

• 85% of individual deposits and bank deposits, in general, are owned by national banks.