The trans law and the Child Protection Law have been approved, and with a change in the Ministry of Transport that convinces the purple people regarding the future Law of ... 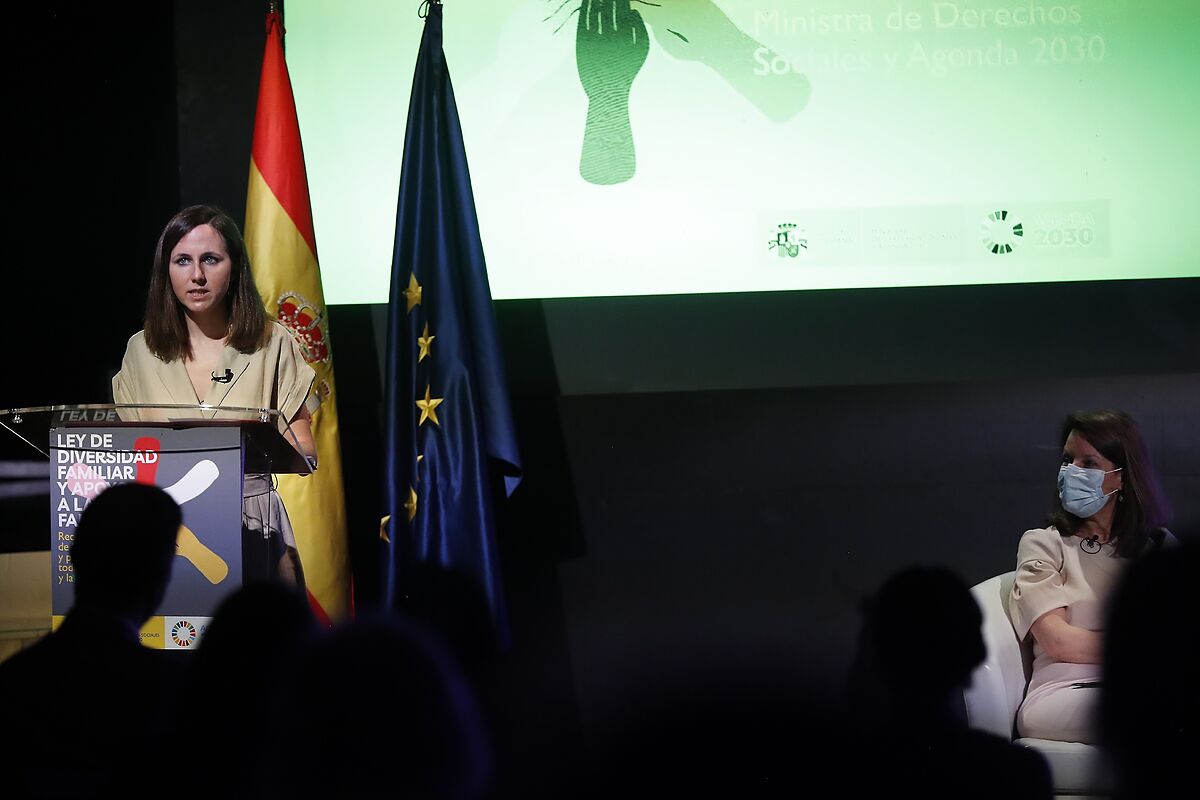 Once the trans law and the Child Protection Law have been approved, and with a change in the Ministry of Transport that convinces the residents of the future Housing Law, Podemos is already working on another important pillar of its social commitment from the Government:

A project that foresees, as one of its key measures, the creation of

The text has been in the works for months and is in the process of internal analysis with experts after consultation with civil society.

For the Minister of Social Rights,

the law will make it possible to pay off the "debt" with families and especially with children.

This endowment, Belarra explained, will serve to "tackle" child poverty rates and educate children "with dignity."

In the same way, it has emphasized the need for it to be a "universal" benefit so that it can reach all families and that it depends on factors other than the contributions of the parents.

In addition, the future law

provides for extending paternity and maternity leave to six months

and creating a public network of nursery schools.

Thus, and as announced by the minister this Wednesday, this reform aims to extend paternity and maternity leave for up to half a year.

This is a part of the law that, in coordination with the Ministry of Equality, will seek to improve the conditions of families who have a newborn.

"I am aware of how enormously difficult it is for many families to reconcile parenting with work," admitted Belarra.

Therefore, in addition to the extension of paternity and maternity leave, the new law is expected to promote the creation of a public network of nursery schools to guarantee the right to education in the period from zero to three years.

The Family Diversity Law is expected to reach the Council of Ministers at the end of this year at the earliest.

In addition to what was announced on Wednesday, the law plans to consider single-parent families with two children as numerous, according to Belarra a few weeks ago.

Politics Belarra tightens the nuts of the Government pact: "We are not going to renounce any of the measures signed with the PSOE"

Politics The departure of Carmen Calvo leaves the way free in Equality to Podemos, which does not see a risk in the young mayors

Politics The bleeding by the left of the Government: unfulfilled agenda in housing, electricity, education, immigration, childhood, trans and poverty