The FIFA World Cup to be held in 2022 in Qatar continues to generate a lot of ink. In a new report published this Wednesday, July 14, the British association Business &amp; Hu… 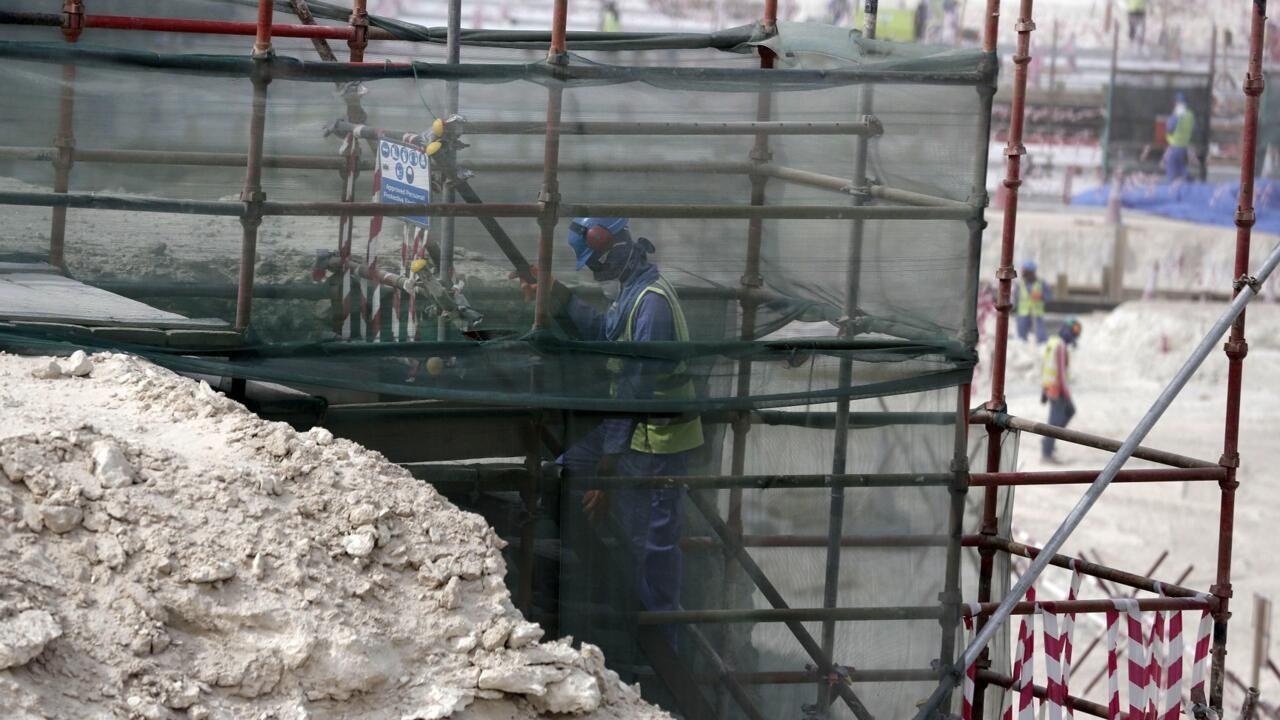 Worker at one of the 2022 World Cup stadiums in Doha, Qatar (Image illustration).

The FIFA World Cup to be held in 2022 in Qatar continues to generate a lot of ink.

In a new report published this Wednesday, July 14, the British association Business & Human Rights Resource Center accuses the large hotel groups, including two French, of not sufficiently protecting the rights of foreign workers in the small gas emirate.

These hotels will welcome the vast majority of supporters and national teams at the next FIFA World Cup in Qatar.

According to the Business & Human Rights Resource Center,

To arrive at these conclusions, the British association investigated about twenty hotel groups present in the small gas emirate.

Among them, the Accor and Louvre Hotels groups, whose head offices are located in France.

The rest are mostly from Europe or North America.

The report published this Wednesday

points in particular to the lack of checks and controls of these luxury hotels on their subcontractors.

It is essential that hotels recognize their responsibility for the well-being of all those working for them - especially the most vulnerable, such as those employed by external providers in the areas of security and cleaning,

During its investigation, the association found that some migrant workers still pay exorbitant fees to these intermediary agencies responsible for recruiting hotel staff.

I still have not repaid the loan in full ... Nobody asked or offered to pay the cost, while the world is silent

reports an anonymous Kenyan employee quoted in the report.

The conclusions of this survey also underline wage discrimination linked to nationality and the difficulties encountered by workers in changing jobs in this sector of activity.

The hotel does not say no directly (to change jobs).

But they are frustrated and there is the threat of deportation with the CID (Department of Criminal Investigations),

”said an anonymous Ugandan employee, excerpted from the report.

Last summer, however, the authorities announced the dismantling of the kafala, a controversial system for sponsoring foreign workers. In principle, immigrant workers no longer have to provide a certificate of no objection from their employer if they want to change jobs before the end of their contract. A non-discriminatory minimum wage for all employees

regardless of nationality or job

has also been put in place. The International Labor Organization - whose first office in the capital Doha was inaugurated in April 2018 - described this advance as “

This reform of Qatari labor law is indeed a small step forward for migrant workers who represent 95% of the country's workforce. But on the ground, the implementation of these measures still seems complicated. For Nasser Al Khater, it's a matter of time.

In an interview with CNN

Since the attribution of this event in 2010, the small but nevertheless extremely rich gas emirate is regularly in the crosshairs of international observers. The NGO Amnesty International describes this World Cup as “shame” on its website. A boycott campaign also denounces the treatment of migrant workers in the country. The British daily

had meanwhile revealed in February that

more than 6,500 migrant workers would have died

in 10 years and in particular on the construction sites of the World Cup.

For the Qatari authorities, however, this information is misleading.

Because if these figures are placed in their context, "

they are within the expected range

", was justified Sheikh Thamer bin Hamad Al Thani, the deputy director of communication of the government.