[Friendly economy] Investment settlement in the first half… Which asset has risen the most?

Friendly economy time. Today, I will be with reporter Kim Hye-min. It's soon July. Come to think of it, almost half of this year has passed. Did you say that there was a part in the investment field with the highest return in the first half? That's stock. 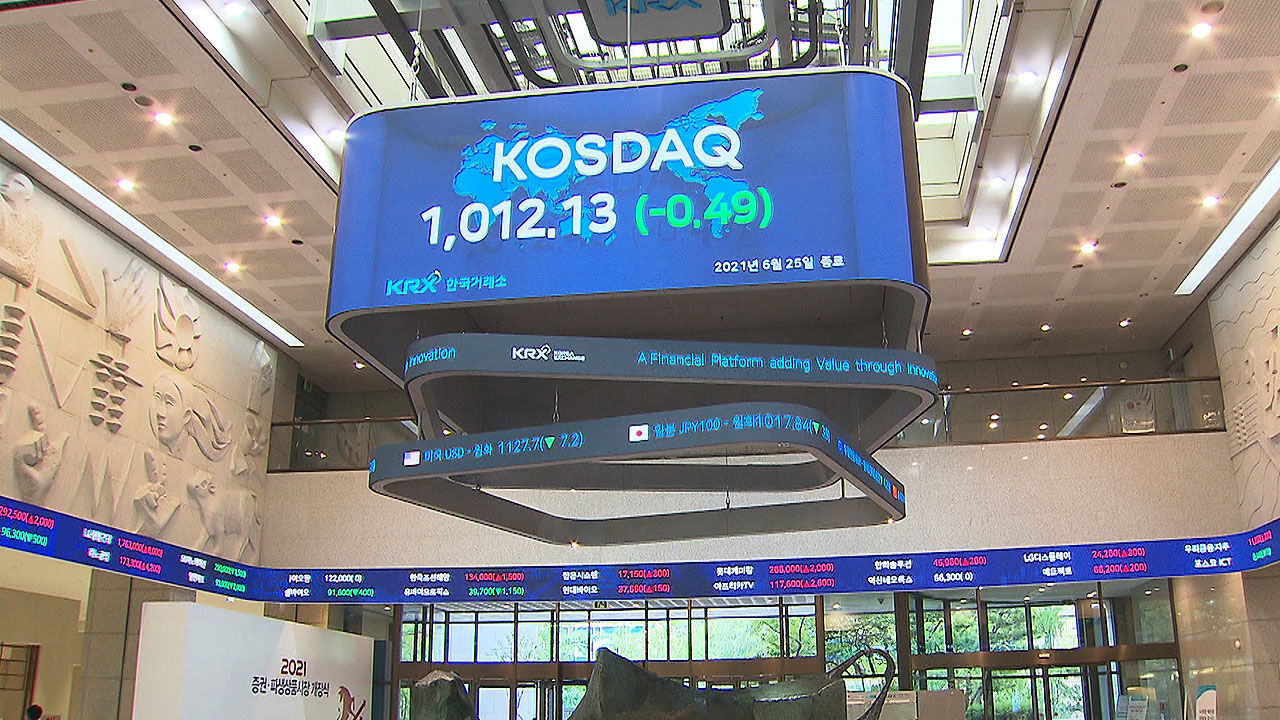 friendly economic time. Today (28th) I will be with reporter Kim Hye-min. It's soon July. Come to think of it, almost half of this year has passed. Did you say that there was a part in the investment field with the highest return in the first half?

In fact, the range of fluctuations in individual stocks and real estate, etc. varies widely. So, I looked at the average by asset. First, the KOSPI rose 14.94%. On the 25th, it broke the 3300 line for the first time ever.

After the Corona 19 crisis last year, many countries around the world poured fiscal stimulus policies, and major countries, including Korea, recovered their exports as their economies recovered, and the stock market performed well.

So, in the end, you are saying that the return on investment in the Korean stock market would have been a little higher? But these days, there are a lot of foreign stocks as well as Korean stocks. So, have Korean stocks risen much compared to overseas?

Korean stocks were ranked in the upper-middle range compared to stocks of major countries in the world. Since the beginning of this year, the KOSPI has risen to the 7th highest among representative stock indices of 20 major countries.

Although it rose less than the European Union, Saudi Arabia, and Argentina, it outperformed the US stocks, which are the most heavily invested by Western ants.

In addition, the Chinese and Hong Kong stocks are the second-largest foreign stocks invested by domestic investors. Both the Shanghai Composite Index and the Hang Seng Index fell short of the KOSPI.

By the way, while hearing this news, I also stocked, but I think some of you might think that the yield in the first half was not that good, but this is what it is. So, when you have it all the way through the first half, you don't buy or sell it, you assume that. So, which assets have the second highest returns after stocks?

next highest was the dollar. Based on the Seoul Foreign Exchange Notice, the won-dollar exchange rate has risen 4.39% since the beginning of this year.

It fell below 1,100 per dollar earlier this year, but has since risen modestly as the US Federal Reserve raises the possibility of an early halt to stimulus.

'Gold' rose the third most, with the domestic gold wholesale price rising by 3.51% based on the Korea Gold Exchange.

Gold is considered a representative safe-haven asset. As prices rise, many investors are concerned about inflation.

And real estate is the fourth, and I'm not just looking at apartment prices in the metropolitan area, which have risen sharply recently. Comparing with the national average rate of return, the rise was relatively low compared to other asset classes.

According to the Korea Real Estate Agency's nationwide housing sales price index, which includes apartments, single-family homes, and row houses, it rose 3.08% from 107.1 in January to 110.4 in May, the most recent one.

So far, if you've seen how the first half was, you're probably wondering how to invest in the future, but I think the biggest variable in the second half is probably an interest rate hike. Will it affect the stock market, or what?

Recently, Bank of Korea Governor Lee Ju-yeol announced that he would raise the benchmark interest rate within the year. Nevertheless, the next day, the KOSPI crossed the 3300 line.

Experts believe that even if the base rate is raised, this will not have a significant impact on the stock market in the 'short-term'.

But in the long run, things are a little different. If interest rates rise above inflation, the stock market is likely to suffer.

When the base interest rate rises, the bank's funding rate also rises, which is analyzed to have an impact on companies' ability to raise funds with corporate bonds.

About that time, there were quite a few companies in a hurry to issue bonds because concerns about interest rate hikes had long since emerged.

Therefore, it is predicted by the stock market that the rate hike will be affected in earnest from next year rather than this year, and the stock price may also go down due to the influence from this point on.

However, this is a macro-prediction. Individually, each company is different, so you should consider all of these factors before investing.

Business 2021-06-28T06:41:16.021Z
[Friendly economy] Investment settlement in the first half… Which asset has risen the most?
Business 2021-08-01T21:48:47.248Z
Increased scale of foreign debt and optimized structure of RMB assets show attractiveness
Business 2021-07-14T16:34:40.418Z
Expert: A comprehensive reduction in RRR will promote stable economic development
ADS
Business 2021-05-12T22:36:58.776Z
Why was the non-ferrous metal industry "being happy" in the first quarter
Business 2021-07-09T10:11:31.171Z
The outstanding performance of public funds in the first half of the year promoted incremental expansion of direct financing
Business 2021-08-16T14:09:27.160Z
The growth rate of industrial investment has surpassed that of Guangdong, a major manufacturing province, and a new phenomenon has emerged in the economy of Guangdong
Business 2021-07-12T14:03:18.102Z
The report said that the second quarter may be the high point of the world economic recovery.
Business 2021-08-20T09:20:59.341Z
State Administration of Foreign Exchange: my country's foreign exchange market basically balances supply and demand in July
Business 2021-09-03T15:09:17.327Z
Semi-annual reports of listed companies demonstrate development resilience