According to official figures, 48.8% of the 59 million Iranians participated in the poll. In Tehran and in the provincial towns, supporters of President-elect Ebrahim RaÏssi descended on… 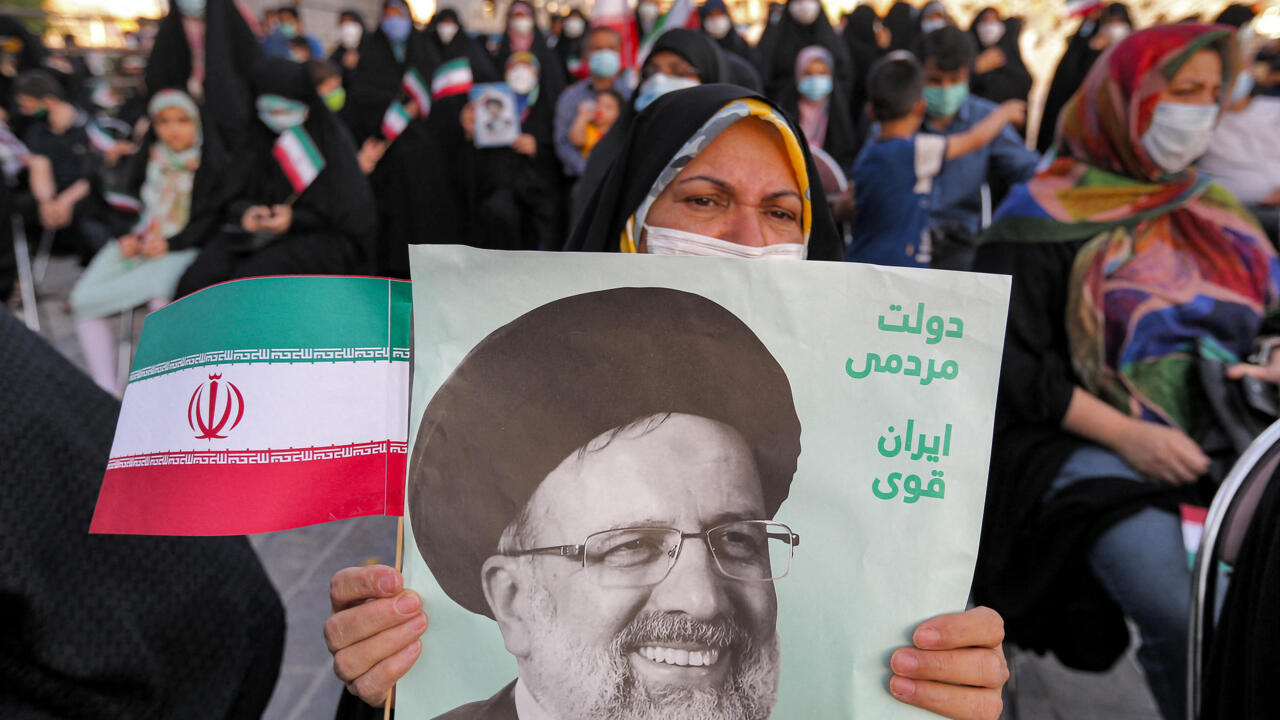 A woman holds up a poster of newly elected Iranian President Ebrahim Raisi, with a Persian text "people's government, strong Iran", as her supporters celebrate his victory in Imam Hussein Square in the capital Tehran on June 19, 2021. AFP - ATTA KENARE

According to official figures, 48.8% of the 59 million Iranians participated in the poll.

In Tehran and in the provincial towns, supporters of President-elect Ebrahim RaÏssi took to the streets on Saturday evening, June 19 to celebrate his victory.

The participation rate is much higher than the figures of the polls of the last weeks which had spoken of 33%.

With about 49% of participation, the capacity can be satisfied vis-a-vis all those which had called the voters to boycott the poll.

In addition, Ebrahim Raïssi, supported by all power, obtained nearly 18 million votes, or 62%.

This figure is a surprise.

He could have been threatened by the moderate candidate Abdolnasser Hemati, who had been very combative during the televised debates.

But the latter only obtained 8% of the vote, failing to mobilize the moderate electorate disappointed by President Rouhani's record.

The task promises to be difficult for Ebrahim Raïssi

Elected with 62% of the vote, the task of the new president will however be very difficult.

First, 51% of voters did not participate in the ballot.

This is the lowest turnout since the advent of the Islamic Republic 42 years ago.

Then, nearly four million voters out of the 29 million who took part in the ballot slipped a blank or blank ballot into the ballot box, a sign of the dissatisfaction of a large part of society.

Inflation exceeds 50% and the value of the currency has fallen sharply in recent years.

In his first statement, Ebrahim Raissi promised to fight corruption and give priority to the most disadvantaged layers.

Still, the state coffers are empty.

Iran is struggling to export its oil and especially to recover its petrodollars because of US sanctions.

Now, the conservatives control all the levers of power and the moderates are preparing for a long crossing of the desert.

Ebrahim Raissi will give priority to the underprivileged classes by increasing social assistance and reviving domestic production.

Ebrahim Raissi said he was in favor of negotiations to revive the 2015 nuclear agreement. Such an agreement, which could take place in the coming weeks, would allow the lifting of American sanctions and revive the economy.

Externally, he is in favor of the nuclear agreement, but he will be firmer against the Americans in the negotiations conducted in Vienna.

Moreover, the head of diplomacy said he will be informed of the details of the negotiations.

Unlike the moderates who looked towards the West, the new president will undoubtedly give priority to Russia and China.

In fact, Vladimir Putin was the first president to congratulate him.