Calviño: "There will be no problem with the Spanish plan" at the Eurogroup

The European Commission on Wednesday gave its approval to the reform plan with which our country aspires to achieve up to 69,500 million euros between now and 2026. It was the most ... 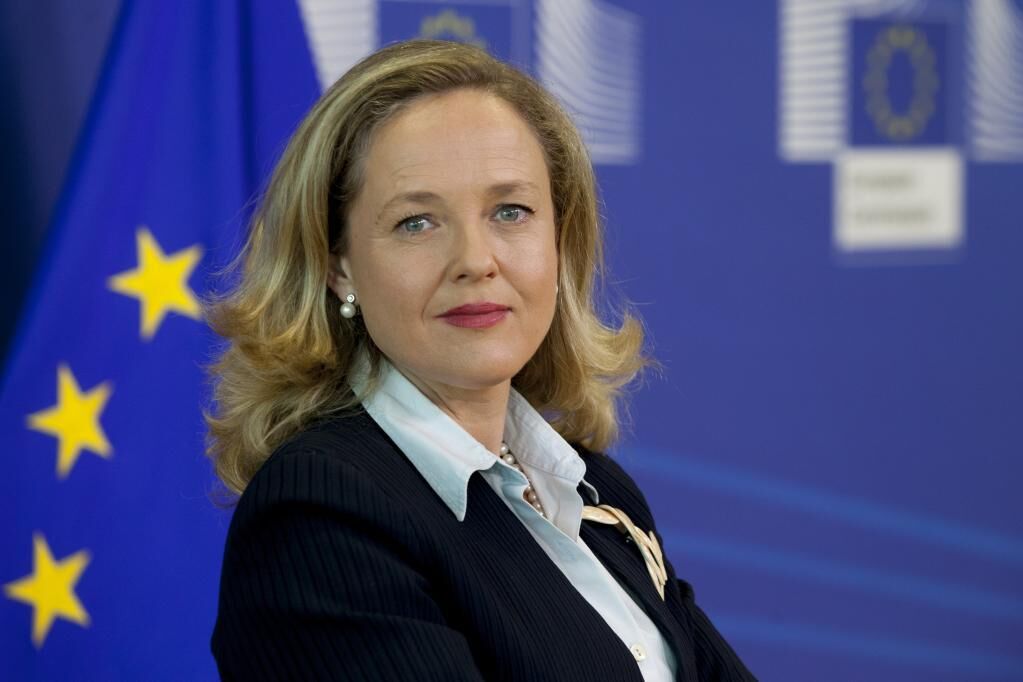 on Wednesday gave its approval to the reform plan with which our country aspires to achieve up to 69,500 million euros between now and 2026. It was the most important step, but not the last. The Council, that is, the governments of the 27, now have a month to pronounce on the evaluations, and although they do not formally have a veto power, they can complicate, slow down and even postpone the decision that will serve to disburse the first 9,000 million euros before August. Vice President

believes that there will be no problem, that there are no reasons to think about it or elements of doubt among her colleagues, but she is still taking advantage of these days to lobby as much as possible among the potentially most critical.

in July," said Calviño this Thursday from Luxembourg, where the ministers of the sector have met formally for the first time in many months. . Asked if she was taking the opportunity to resolve doubts, the vice president added that she is having "constant meetings with all" her colleagues. "I have actually just had a meeting with some of them. I am sure that these two days we will have the opportunity to take the pulse of the situation," he added.

The regulation agreed last summer establishes that now there should be two more analyzes. On the one hand, the

, whose functions are well detailed in the Treaty on the Functioning of the EU. It is an advisory body (whose members come from the technical teams of the countries and the central banks) in charge of

of the policies of the States and that will issue a necessary opinion for disbursements. In addition, the so-called financial advisers will do a preparatory work so that the

can address the issue on 13 July next.

"There is a great level of commitment to tackle the evaluations right away. We are already working with the Slovenian presidency and we are all very focused so that it can be done effectively in mid-July. I do not want to prejudge what other ministers say, or about the content of the evaluations. plans themselves, but I can say two things. First, my complete confidence that the Commission's assessment will be seen by colleagues as very credible. And second, that all ministers are aware of the importance of disbursements. I do not want to prejudge What others say, I reiterate, but I trust that we have a correct balance between a good discussion and the calendar. There are many citizens, companies, who depend on these funds to recover ", said the president of the Eurogroup,

to questions from this newspaper about the possibility of unwanted delays or unforeseen problems.

Spain opts for a maximum of 19,000 million euros during this year, 8,000 million less than what the Government included in the

The first batch could arrive in weeks, since it is what is known as 'pre-financing' and covers 13% of the total 70,000 million to which the Government can aspire, and they are linked to the reforms already made since February 2020. But To qualify for the remaining 10,000 million, which in the best of cases would arrive in December, reforms must be approved, reaching milestones.

The eyes of many in Brussels are, in any case, on the next section.

It would be disbursed at the end of spring,

but only if the agreement for the end of this 2021 is fulfilled. And there are already significant labor market issues. The European Commission has been very understanding in the aspects that remain open in labor or pension matters, since they accept that negotiation with the social agents is fundamental, but they

expect concrete results in the next six months.

"The labor reform is undoubtedly one of the most urgent from the structural point of view. We need to have this new framework that gives legal certainty to companies and improves the quality of employment that will be created in this expansive phase that is now beginning" , has admitted the vice president. "That is why we have established that our goal is to reach that framework of labor standards by the end of 2021."

The consulted sources expect some noise, pressure, but not serious problems.

The frugal and orthodox countries do not have specific problems with the measures adopted by Spain and Portugal last year, and they understand that it helps to pay for the reforms and investments and expenses that have been incurred.

Their recurring complaint is with the European Commission, which they consider too lax, permissive.

And being tough now with your evaluation would be the way to set a precedent and change years of work dynamics that you deplore.

"The plan is for it to be done in July. The Spanish evaluation is already being analyzed and, honestly, I would be surprised if there were any problems," says a diplomatic source.

MacroeconomicsGreen light to Brussels to go to the markets

Examination of Spain "Hard, constructive, rigorous, feared ...": these are the six judges who examine the Spanish Recovery Plan