[Friendly economy] 'Lotto' subscription... Only the rich are full of money? 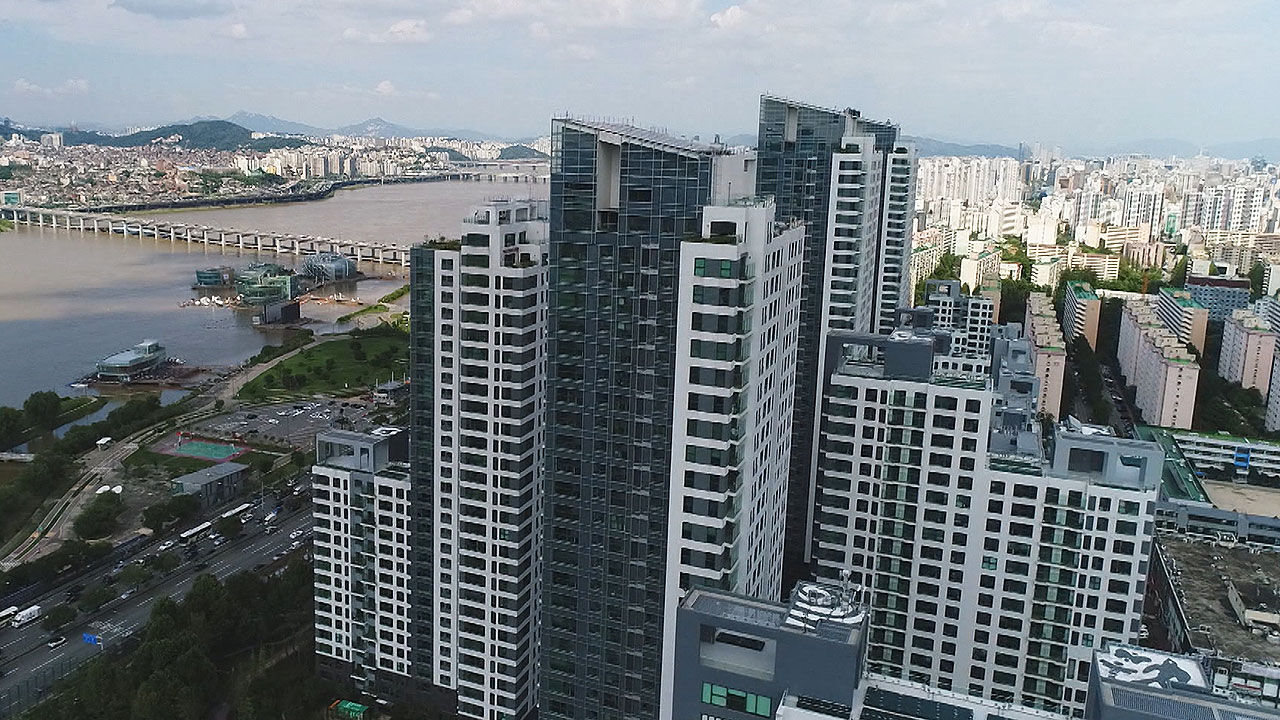 friendly economic time. Today (17th), I will be with reporter Kim Hye-min. The apartment called One Bailey in Gangnam says that the subscription starts today, but this apartment is called a lottery subscription?

Raemian One Bailey Apartment is entering the 1st place subscription starting today. Since it is a super-high-priced apartment located in Gangnam, various real estate regulations are complicated and intertwined, so today I am going to talk about these regulations.

First of all, the biggest reason One Bailey is called 'lottery subscription' is because of 'price'. This apartment has an average price of 56.53 million won per square meter, or 3.3 square meters.

Among the nearby apartments, Acro River Park, called Arripak, averages more than 100 million won per 3.3 square meters, and the price of One Bailey is only 60% of this.

The reason for this is because of the 'upper sale price system', which refers to regulating the sale price below a certain level in order to stabilize apartment prices.

According to the decision of the Seocho-gu Presale Price Review Committee earlier this year, the sale price of One Bailey was set at 60% of the surrounding market price.

However, once you move in, the house price will rise according to the surrounding market price. There are even rumors that you can see a profit margin of at least 1 billion won.

I can understand why people are talking about lottery subscriptions. However, there was a three-year real residence requirement for this apartment, but it was deleted. There is a story like this, why is it like that?

After winning the subscription at a low price, it is to prevent gap investment without actually living.

So, if you apply for occupancy approval after February of this year, you will be subject to the compulsory residency requirement. One Bailey applied for resident recruitment approval to Seocho-gu Office in December last year.

However, since there are so many real estate regulations and they change often, the construction company and the local government caused a mistake by the fact that this apartment was subject to the compulsory residency requirement.

So, you mean you can rent a charter? Even if you don't live in real life, you get a sale. Then, you can pay the down payment and some of the interim payment and the rest with the deposit. Are you talking about this?

First of all, if you look at the price of this apartment, the mid-payment loan does not come out first, because even the smallest acreage is over 900 million won.

Also, if the market price exceeds 1.5 billion won at the time of moving in, mortgage loans are prohibited, so the balance cannot be paid out as a loan.

So, originally, the entire sale price had to be paid in cash, but now part of it can be replaced with a deposit for Jeonse.

Let's compare it to the prices of neighboring apartments. The total rent for a 59-square-meter house in Acro River Park ranges from 1.6 billion won to 1.7 billion won. The price of One Bailey of the same size ranges from 1.3 billion to 1.4 billion won.

Still, 20% of the sale price, down payment, and a part of the payment must be paid in advance before receiving the deposit, so hundreds of millions of won to 1 billion won are needed in cash. So there is talk of a feast for the cash rich.

Loan regulation is of course intended to stabilize the real estate market, but this is the reason why it is said that only the rich with such cash become richer because of the loan regulation. But you said that you have to have a high subscription score to be able to enter?

That's right. This apartment can only be entered with subscription points.

There is no special supply or lottery system for newlyweds, households with multiple children, etc. This is because the Ministry of Land, Infrastructure and Transport changed the subscription system in 2018 and excluded houses with a sale price of 900 million won or more in the speculative overheated district from the special supply.

So, how much should the subscription score be? The real estate industry expects that to get this apartment for sale, you will need to score at least 70 points.

To score over 70, you must complete the subscription account subscription period and the period of no home with full marks, and be a household of 5 or more. Those in their 30s and 40s can be seen as difficult. It is advantageous for homeless people in their 50s and 60s.

In particular, the smallest area of ​​this apartment is 46 square meters, and according to the expected cut-off of winning the subscription, it means that a family of five should live in this small space.

So, experts are pointing out that the subscription system needs to be reorganized, and they advised that the standard for high-priced housing should be increased from 900 million won to 1.2 billion won and that each household should be able to compete for subscription.

As the government's real estate regulations continue to be added, 'lottery subscriptions' where only people with cash can earn more money are coming out one after another.