Brussels raises 20,000 million in its first issue for recovery funds

With a maximum credit rating and with the backing of 27 Member States and the European Commission, the first issue to attract the money from the recovery funds has been a ... 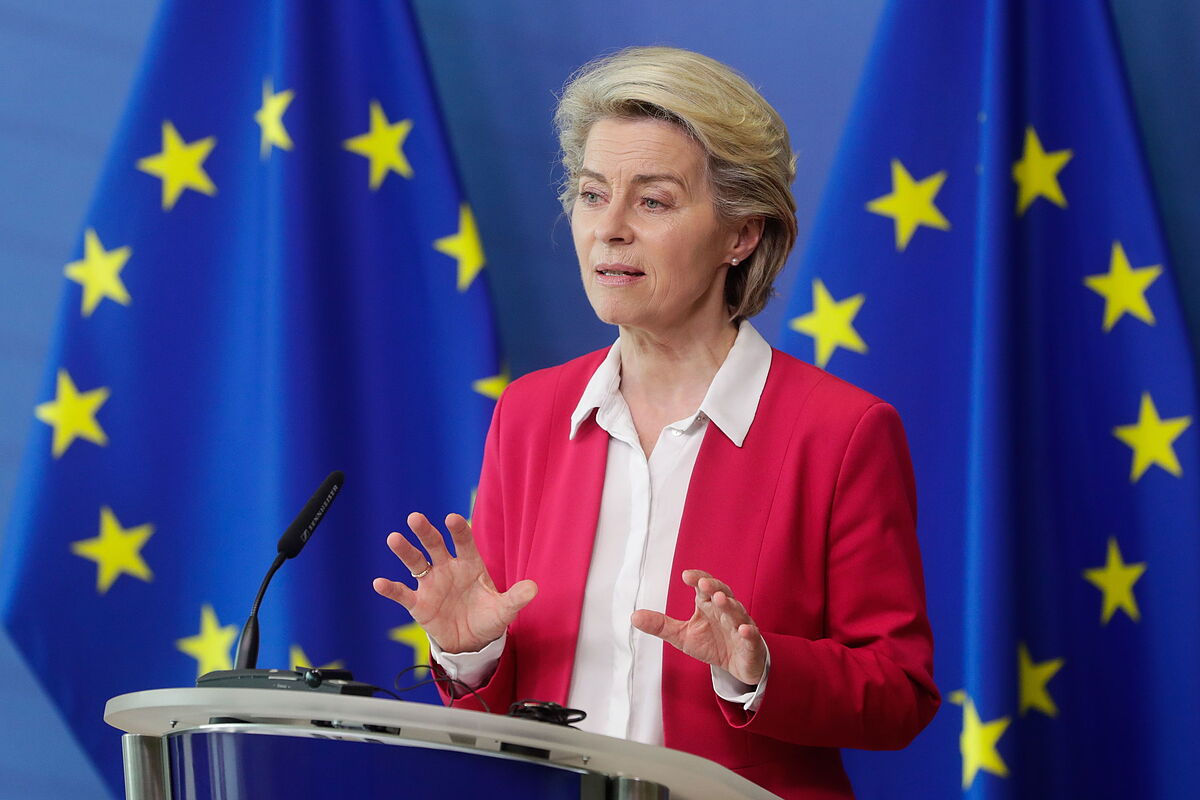 With a maximum credit rating and with the backing of 27 Member States and the European Commission, the first issue to attract the money from the recovery funds has been an overwhelming success.

In its first launch on the market, Brussels has been able to

, with a demand seven times higher than that obtained.

The claims, according to

have been the leading managers of this first large operation, while BNP Paribas, DZ Bank, HSBC, Banca Intesa Sanpaolo and Morgan Stanley have acted as 'bookrunners'. If big names like JPMorgan Chase, Citigroup or Bank of America are missing, it is no coincidence. Neither are UBS, UniCredit and Nomura, who were fined 370 million euros last month for participating in the worst of the last financial crisis in a cartel in the government bond market in the Eurozone.

"Today we have passed a very important milestone in the implementation of Next GeneationEU, a program that will provide 800,000 million euros at today's prices to transform the continent for decades. Today we have successfully achieved the first issuance. The Commission has raised 20,000 million in the capital markets with a 10-year bond, and in very attractive terms, with less than 0.1% interest. Europe is attractive ", the President of the Commission

It is not the first time that the Commission goes out to the markets to finance certain programs, nor is it the most important broadcast in its history, but almost.

And with the objective of achieving around 80,000 million more this year, the community debt becomes a rival to take into account for the North American Treasury securities.

The Commission has a schedule with at least two more issues in the coming weeks, with which it could cope with the first disbursements. Not all countries have yet sent their recovery plans to Brussels, because they have not formed a government, like the Netherlands, or for other reasons. Those who complied with the procedures first, such as

, will receive the go-ahead tomorrow, with an express visit from the president of the Commission, Ursula Von der Leyen. On Thursday, the German will also travel to Greece and Denmark to formalize the go-ahead.

It is not, however, the last step. After the green light from the Commission, the ball goes to the Council, to the governments, who will have a month to examine the Commission's evaluations themselves. Not so much national plans, but judging whether Von der Leyen's team has done its job conscientiously. The most orthodox countries do not want this process to be lax, and have demanded since the July negotiation last year that there be sufficient controls to avoid transfers without truly transformative reforms. For this reason, the disbursements will be made in stages, as the promise is fulfilled, the reforms are made and if the agreed milestones and schedules are respected.

The market was very prepared for this first issue, which ended up placing much more than expected. It was a first contact, but those of the past year, to finance programs such as SURE, which has helped the countries most affected by the pandemic to cover employment programs such as ERTE, have already worked well.

The first fully green issuance is expected in autumn,

given that 30% of the debt placed, more than a quarter of a trillion euros, will have to have that adjective, since one of the two main engines of recovery and transformation funds it is the fight against climate change.

The community strategy will include, in addition to the auctions, syndicated issues and short-term bills, playing with the calendars to obtain the most advantageous returns and not interfere as much as possible with the operations of each of the 27 national treasuries.