Basis for growth: the Central Bank announced the return of the Russian economy to pre-crisis levels

According to the head of the Central Bank Elvira Nabiullina, the Russian economy has recovered to pre-crisis levels. At the same time, in many industries, the indicators have already exceeded the values ​​that were recorded before the pandemic, the chairman of the Central Bank emphasized. Experts in many respects associate the revival of economic activity with the abolition of most quarantine restrictions, as well as the measures of the authorities to support business and the population. In addition, in 2020, significant assistance to Russians and companies was provided by the reduction of the key rate by the Bank of Russia. Meanwhile, in 2021, the regulator was forced to change its policy and began to increase the interest on borrowings as part of the fight against inflation. How bank rates on loans and deposits can change in these conditions - in the material RT. 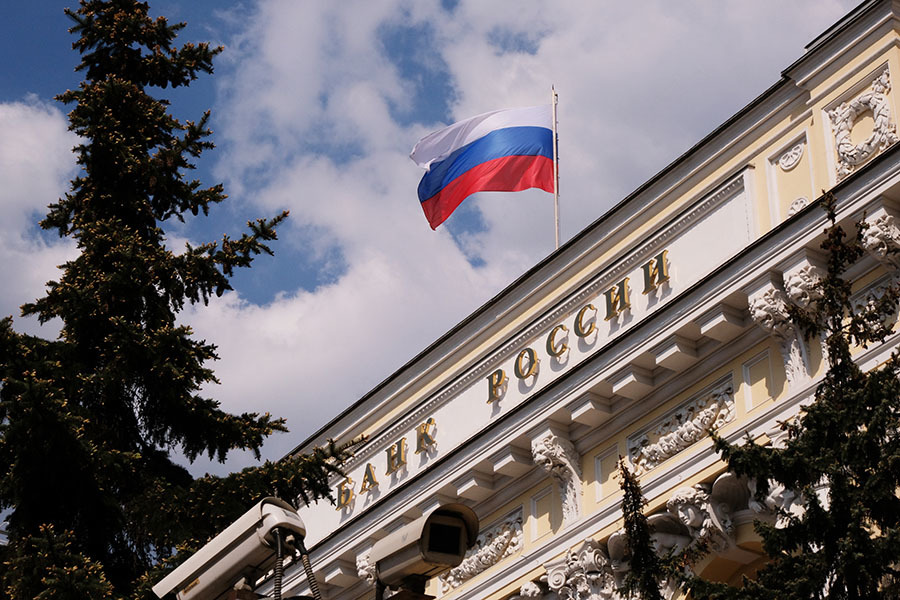 The Russian economy has returned to values ​​that were before the coronavirus pandemic.

This was announced on Tuesday, June 15, by the chairman of the Central Bank Elvira Nabiullina during a speech in the State Duma.

“The economy has recovered to the pre-crisis level, and in many industries - and exceeded it, and continues to grow,” - said the head of the Central Bank.

According to Rosstat, due to the consequences of COVID-19 in 2020, Russia's GDP decreased by 3%.

However, according to the latest estimates by the Central Bank, in 2021 the indicator may grow by 3-4%.

Moreover, as Elvira Nabiullina previously stated, the regulator may improve its forecast in July.

One of the main reasons for the observed economic recovery was the abolition of most of the quarantine restrictions in the country.

This point of view in a conversation with RT was expressed by Georgy Ostapkovich, director of the Center for Market Research at the Institute for Statistical Studies and Economics of Knowledge, NRU HSE.

“Once again, such industries as the service sector, the tourism sector, transport, as well as industry, which account for 30% of the GDP, have started working.

Agriculture has come out of the state of stagnation, and now the yield has favorable forecasts, ”said the expert.

According to him, in the future, more active vaccination of Russians against coronavirus will allow to accelerate the recovery processes in the economy.

In addition, experts interviewed by RT note the positive role of government measures to support the population and business during a pandemic.

In particular, we are talking about providing credit holidays to citizens and enterprises in 2020, direct payments to families with children, soft loans to companies to pay salaries to employees, as well as tax deferrals and other regulatory exemptions for businesses.

As Russian President Vladimir Putin said earlier, about 4.6 trillion rubles, or about 4.5% of GDP, were allocated to combat the consequences of COVID-19.

According to Georgy Ostapkovich, financial assistance to families helped many Russians to survive a difficult period and at the same time stimulated consumer demand.

At the same time, business support had a positive effect on the state of the Russian labor market.

Alexander Abramov, head of the laboratory for the analysis of institutions and financial markets at the Institute for Applied Economic Research, RANEPA, spoke about this in a conversation with RT.

“Companies did not have to lay off a large number of workers, which helped to contain the rise in unemployment.

In addition, thanks to the privileges for rent and lending in small and medium-sized businesses, there have been far fewer bankruptcies than it could have been, ”Abramov emphasized.

In addition, an important factor for the economy was the prompt recovery of world prices for oil, gas and metals, said Alexander Abramov.

As a result, revenues from the export of raw materials began to grow and the filling of the budget improved.

As Elvira Nabiullina recalled, amid the crisis in 2020, the Bank of Russia was actively reducing the key rate.

So, the regulator lowered it from 6.25% to 4.25% per annum - the minimum level for the entire post-Soviet period.

The actions of the regulator also provided support to entrepreneurs and the economy as a whole, the head of the Central Bank is confident.

“The soft monetary policy enabled companies to obtain low-cost loans and supported the return of the economy to growth.

Last year, loans to enterprises grew by almost 10%, which is twice as much as in 2019, ”Nabiullina explained.

However, already in 2021, the Central Bank began to confidently raise the key rate and in June raised it to 5.5% per annum.

Such a change in policy in the Central Bank is explained by the need to restrain the acceleration of inflation in Russia.

At the same time, the actions of the regulator should not interfere with economic growth, Elvira Nabiullina believes.

“We have kept rates low for quite some time to make sure we don't clip the wings of a recovering economy.

But now we have no doubt that our decisions are not an obstacle to growth, ”the head of the Bank of Russia emphasized.

Note that back in February 2020, the inflation rate in Russia was near a two-year low and amounted to 2.3%.

The value was the highest since September 2016.

“The acceleration of inflation in Russia is due to the general rise in prices on world markets.

This is a temporary factor - companies are getting out of the crisis and at first shift their production costs to consumers.

Perhaps, in the future, when the enterprises reach their full capacity, the inflation pressure will decrease, ”said Alexander Abramov.

At the same time, as the specialist emphasized, the increase in the key rate of the Central Bank should cool down consumer demand and also slow down the rise in prices.

In these conditions, the Central Bank predicts a return of inflation to the target level (4%) in the second half of 2022.

With an eye on the rate

According to Elvira Nabiullina, following the increase in the key rate of the Central Bank, Russian banks will also raise interest on deposits.

Thus, the negative impact of inflation on the savings of citizens should be reduced.

Recall that traditionally banks closely monitor changes in the key rate of the Central Bank and, on the basis of decisions made by the regulator, determine the level of their long-term deposit and lending rates.

So, in 2020, a decrease in the key rate of the Central Bank led to a drop in the profitability of bank deposits.

From January to December, the maximum rate on deposits in the ten largest banks dropped from 6% to 4.49% per annum.

However, in June 2021, against the background of changes in the Central Bank's policy, the indicator again exceeded 5%.

“It is already clear that part of the savings that people kept in stock markets, for example, in bonds, are being transferred back to bank deposits.

That is, if in recent years people have been shifting money from deposits to securities, now the reverse process has begun, ”said Alexander Abramov.

The decrease in the key rate by the Bank of Russia in 2020 resulted in a noticeable reduction in the cost of mortgages.

So, from January to December, the average interest on housing loans in Russia fell from 9.05% to 7.36% per annum.

At the same time, the observed tightening of the Central Bank's policy should not lead to a noticeable jump in mortgage rates, Elvira Nabiullina believes.

“A mortgage is a long loan, for 10, 15 and even 30 years, and the rate on it depends on inflation much more than on the key rate.

And I would like to draw your attention to this.

Realizing that inflation will be close to the target, banks will not raise the mortgage rate, ”the Central Bank chairman emphasized.

According to him, Russian banks are focused on competition and therefore are not interested in a sharp increase in lending rates.

“Loans are a very profitable field of activity. Against this background, banks will raise interest rates on loans simultaneously and gradually. At the same time, there will be no leap in lending rates, ”the specialist is sure.