Al Ansari Exchange expected that, at the end of this year, remittances in the country will record growth rates that exceed their global counterparts estimated by the World Bank, according to the current indicators of remittances, with the support of the “Expo 2020 Dubai” exhibition and the start of implementing foreign ownership decisions for companies 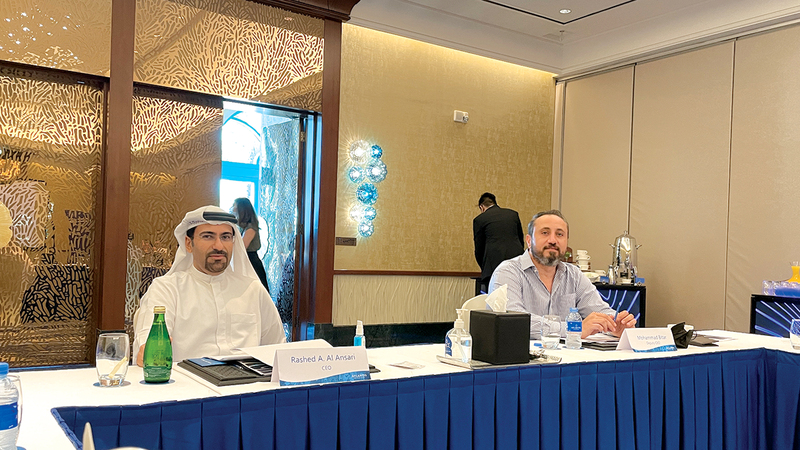 Al Ansari: The company achieved financial transfers during the year 2020, with a total of 40.2 billion dirhams.

Al Ansari Exchange expected that, at the end of this year, remittances in the country will record growth rates that exceed their global counterparts estimated by the World Bank, according to the current indicators of remittances, with the support of Expo 2020 Dubai and the start of implementing 100% foreign ownership decisions for companies.

She explained in press statements in Dubai yesterday that the growth rate of remittances in the UAE is estimated to exceed 2.6% by the end of this year, compared to 1.5% estimated by the World Bank for the growth of remittances globally, pointing out that the company intends to launch automatic teller machines (ATMs). It operates around the clock to self-remit, during an expected date in the third quarter of 2021.

In detail, the CEO of Al Ansari Exchange, Rashid Ali Al Ansari, expected that remittances in the country would record growth rates at rates that exceed the global rates estimated by the World Bank, according to the current growth indicators of remittances, and with the support of motivating factors with the approach of the Expo 2020 Dubai And the implementation of 100% foreign ownership decisions for companies.

He added that the estimates of the World Bank experts indicate a growth in the rate of remittances by 1.5%, at the end of this year, while the local growth rates are expected to exceed 2.6%, especially with the rapid recovery recorded by the state in various economic sectors from the effects that It was imposed by the “Covid-19” pandemic, the vaccination campaign, and the return of air traffic from multiple international destinations.

He explained that, according to the World Bank as well, the average money transfer rate globally, in the first quarter of this year, amounted to 6.38%, while in the UAE it was 3%, and Al-Ansari revealed that, according to the Central Bank data related to money transfers in the country, during the year 2020, the 113 billion dirhams of remittances in the country were carried out through exchange companies, while 43.8 billion dirhams were transferred through banks.

Al-Ansari said: “Although the global epidemic is not over yet, we are optimistic about the currency exchange sector, as we expect it to achieve a growth of 2.4% during the current year, as a result of several factors, including the gradual lifting of restrictions on movement, and the expansion of vaccinations. In the country, the return of spending levels to normal, and the growing economic activities that are fueled by the implementation of major local projects and investment initiatives,” noting that these new projects and investments will lead to an increase in the demand for labor, and thus increase the need for remittance services.

Al Ansari stated that, “According to the latest report issued by the Central Bank of the Emirates, India ranked first in terms of the volume of money transfers made by individuals from the UAE abroad, accounting for 33.6% of the total of these transfers, while Pakistan ranked second with 11.9%, It is followed by the Philippines with 6.7%.

He added that the company achieved remittances during the year 2020, totaling 40.2 billion dirhams, taking a market share of 36% in the exchange market.

Al-Ansari revealed that the company intends to launch a new initiative for an ATM that allows automatic money transfers around the clock, pointing out that these machines are currently undergoing experimental operations, in preparation for launching them during an expected period during the third quarter or before the end of this year, and in a manner that supports the growth of remittances through The company’s digital services, which recorded a growth of 212% over the past year.

The Executive Vice President of Al Ansari Exchange, Muhammad Bitar, said that the percentage of remittances through digital channels in the company is currently 14%, while it is targeted to reach 20% by the end of 2021.

He pointed out that the company will raise the number of its outlets to 210 branches by the end of this year, compared to 199 outlets currently, in order to keep pace with the growth in demand for remittances expected during the coming periods.

• It is expected that remittances in the country will record growth rates of 2.6%, which exceeds the estimate of the World Bank.