"Gas filling works are starting": the operator announced the completion of the offshore section of the first string of Nord Stream 2

The construction of the offshore section of the first string of the Nord Stream 2 gas pipeline is technically completed. This was reported by the press service of the project operator, Nord Stream 2 AG. They added that start-up and adjustment work on filling the gas pipeline with gas will begin on June 11. The company also noted that pipe-laying work on the second string of Nord Stream 2 continues in accordance with all the necessary permits. 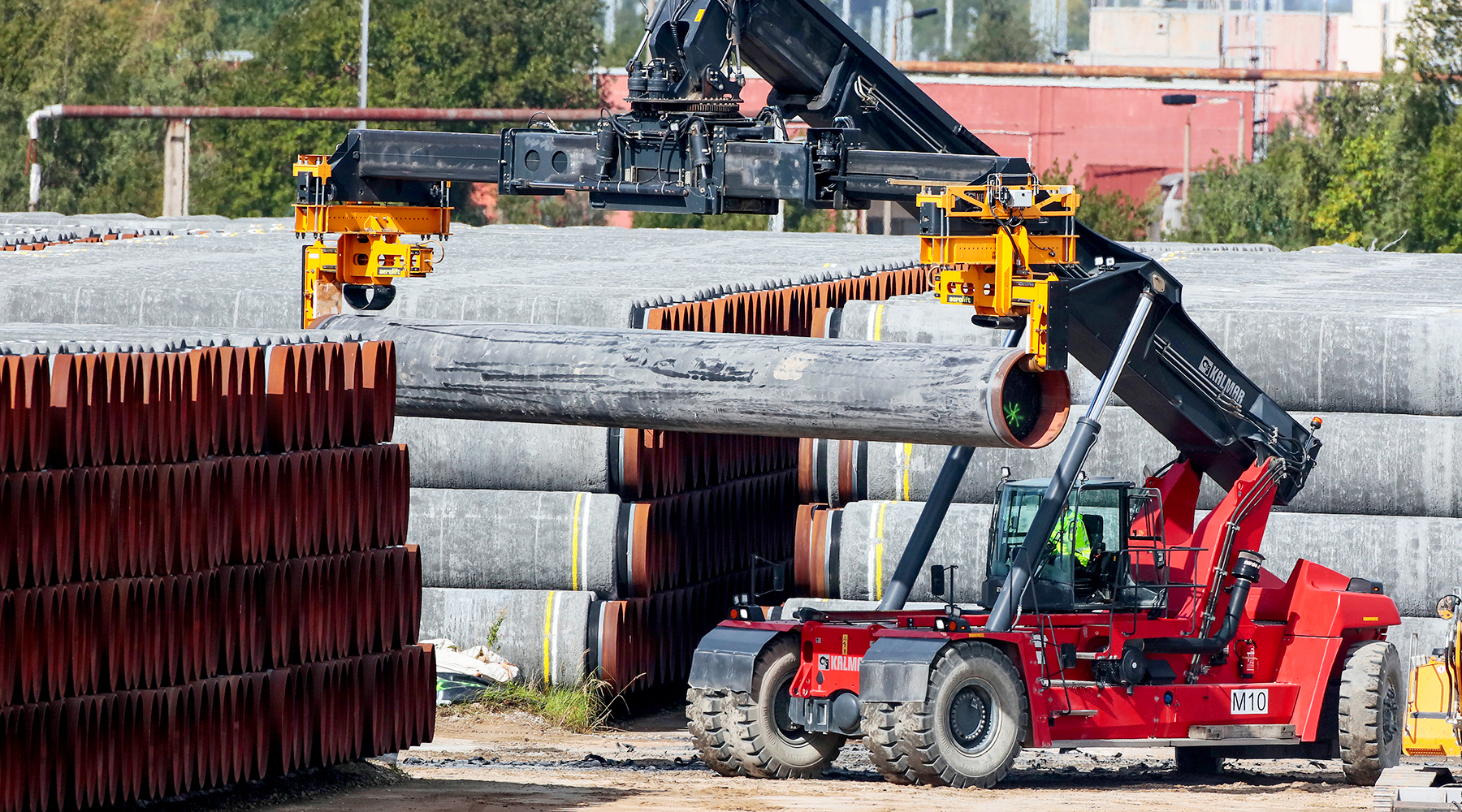 “The offshore section of the first string of Nord Stream 2 is technically completed.

On June 4, the pipe-laying was completed, today the overflow was carried out - the offshore sections of the gas pipeline laid from the Russian and German sides are interconnected, ”the release says.

The company added that starting June 11 will begin commissioning work to fill Nord Stream 2 with gas.

It is noted that the process can take several months.

“Pipe-laying work on the offshore section of the second string continues.

All operations are carried out in accordance with all required permits, ”the statement said.

The second string of the gas pipeline involves the Akademik Chersky pipelayer and support vessels.

Russian President Vladimir Putin was the first to announce the completion of pipe-laying of the first string of the Nord Stream 2 gas pipeline, speaking on June 4 at the St. Petersburg International Economic Forum.

“This route will directly connect the gas transportation systems of Russia and the Federal Republic of Germany and, like Nord Stream 1, will serve the energy security of Europe and a reliable supply of European consumers in general,” Putin stressed.

"This project is economically highly efficient and fully complies with the most stringent environmental standards and technical requirements."

At the same time, the head of the Austrian oil and gas company OMV - one of Gazprom's financial partners in the project - Rainer Seele said that the second string of the gas pipeline was also close to completion, about 50 km remained to be laid along it.

Recall that the Nord Stream 2 pipeline is laid from Russia to Germany along the bottom of the Baltic Sea, it passes through the exclusive economic zones and territorial waters of five countries - Germany, Denmark, Sweden, Finland and the Russian Federation. The authorities of several states oppose its construction, claiming that the gas pipeline allegedly threatens the energy security of Europe. Russia has repeatedly stated that Nord Stream 2 is an exclusively commercial project in which Europe is primarily interested.

Washington has repeatedly imposed sanctions on the ships and companies involved in the construction.

In particular, in December 2019, then-President of the United States, Donald Trump, signed the country's defense budget, which provided for restrictions against the gas pipeline.

For this reason, the Swiss company Allseas, which was laying the pipes, curtailed the work, saying that it did not plan to return to the construction of the pipeline.

In December 2020, the US Congress agreed to expand sanctions on the Nord Stream 2 and Turkish Stream projects.

In May 2021, the United States included in the sanctions list two Russian companies and a fund associated with the construction of the gas pipeline.

Later, US President Joe Biden said that sanctions against Nord Stream 2 were unproductive and would not stop the project, since the gas pipeline was almost completed.

In turn, Russian Permanent Representative to the EU Vladimir Chizhov noted that Moscow and Russia, as well as Nord Stream 2 AG, are ready for the project to start creating new problems at the certification stage.

“We are ready for anything.

And "Nord Stream 2" itself needs Europe no less than we do.

As you know, the participants in this project are not only our Gazprom, but also several large European energy companies.

I'm not even talking about the position of the FRG government, ”said Chizhov, answering a question about possible difficulties after the launch of the gas pipeline.

On the eve of Vladimir Putin in an interview with the host of the Moscow.

Putin ”to Pavel Zarubin on the Russia 1 TV channel stated that US actions against the project were contrary to European interests and were beneficial only to Washington.

“We have more or less dealt with Nord Stream 2, but everything that has been done so far clearly contradicted the interests of European countries and Germany.

The States did it because it is so profitable for them, ”he stressed.

The head of state expressed the opinion that the Joe Biden administration had abandoned the sanctions pressure on the project due to the fact that it was actually completed: completely ignoring the interests of other participants in international communication ”.

At the same time, on Thursday, June 10, US State Department spokesman Ned Price said that the American side will continue to take action against individuals and companies that are involved in "activities subject to sanctions."

Price added that Washington continues to view the trans-Baltic gas pipeline as a "bad deal" for Europe.