Citizens has filed a complaint with the Court of Accounts so that those responsible for the rescue of Plus Ultra pay in the event that it is found that there was ... 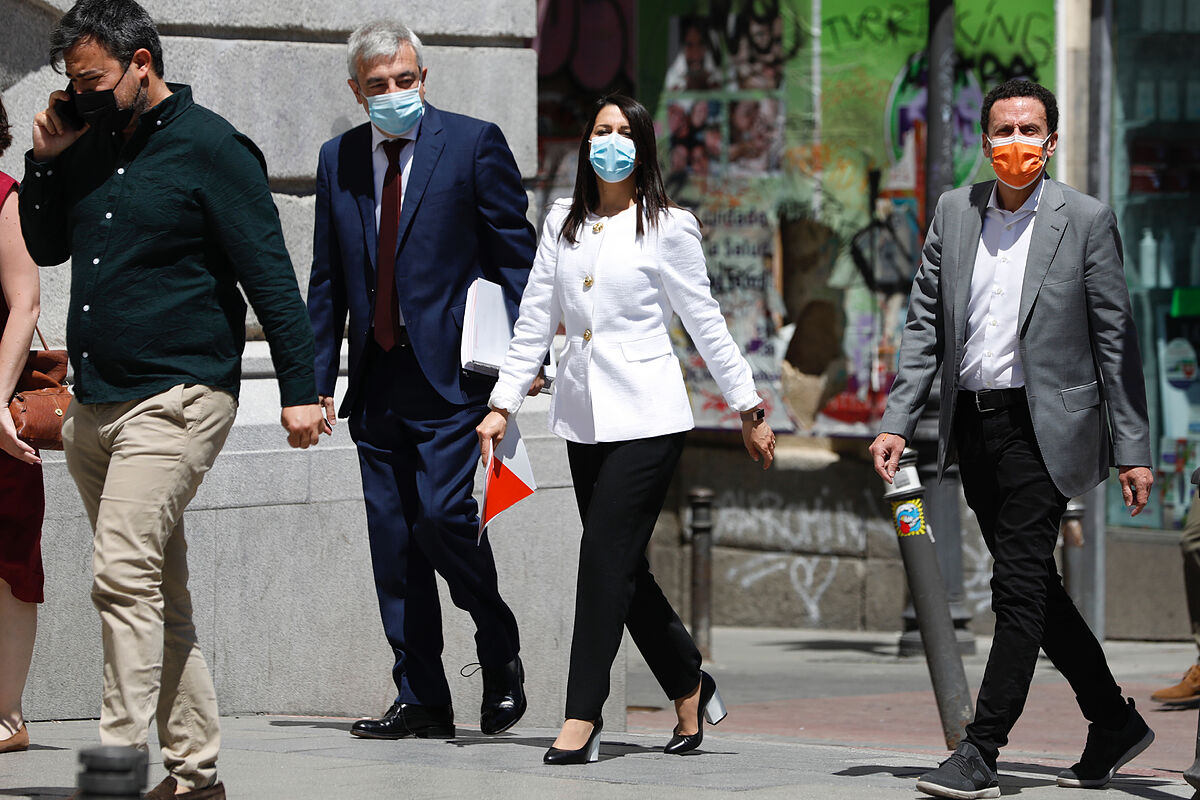 Ciudadanos has filed a complaint with the Court of Accounts so that those responsible for the rescue of Plus Ultra pay in the event that it is found that there was "negligence" in the aid of 53 million euros that the airline received. It was delivered this Monday by the president of the training, Inés Arrimadas; the

and spokesman for Cs,

; and the head of the Cs delegation in Brussels,

In this way, he wants to open the way of "accounting responsibility" against the authorities and individuals who blessed the operation to recover the money. Saving the differences, it is the same judicial channel that led Artur Mas and other charges of the Generalitat to have to pay almost five million for the 9-N consultation.

Ciudadanos warns that the rescue of Plus Ultra was "illegal" and "unjustified" and has also been reported to the institutions of the European Union for considering that it was given to a company that "was neither viable, solvent nor strategic ", and therefore, that it did not fulfill the requirements demanded by Europe to inject that money.

In parallel to this front, Cs is now going to the Court of Accounts to investigate the responsibilities of all the authorities that endorsed the rescue: from SEPI, the managers of the Fund for Support to the Solvency of Strategic Companies and even the Council of Ministers that he is the one who ultimately approved the aid.

The intention of the initiative is that, once the Court of Accounts has accredited the irregular facts reported by Citizens, it initiates a lawsuit for accounting liability against the authorities and individuals who have participated in a rescue and that for Citizens it was managed in a "negligent manner ". This opens the door to the fact that if, indeed, there were irregularities, the participants could have to respond with their own "personal assets", as Bal has explained.

In statements to the media, Arrimadas stressed that we are facing a "scandal of a magnitude that we had not seen."

Thus, he has ensured that with this type of complaint, "the next time they want to hand out 53 million euros they will think about it."

The president of Ciudadanos has been conspired to "stop it" to prevent this type of case from being repeated when European funds arrive.

For his part, Garicano has stressed that the millionaire aid to the airline does not comply with the conditions of the Fund to Help the Solvency of Strategic Companies, as he has denounced before the European Commission in a procedure by which Spain already had to give the first explanations before the community institutions.

Politics The new "Liberal" Citizens already has a date of birth: July 18

Politics Citizens seek ideas in Europe for their "liberal" relaunch