The 9 best towers for rent in “Jumeirah Lakes” in Dubai

A recent report by Bayut and Dubizzle for real estate services identified nine towers in the “Jumeirah Lakes” area in Dubai, which it considered the best for rent for housing purposes, according to searches on the site.The nine towers came as follows: 1- “New Dubai Gate” issues the best list Residential buildings in 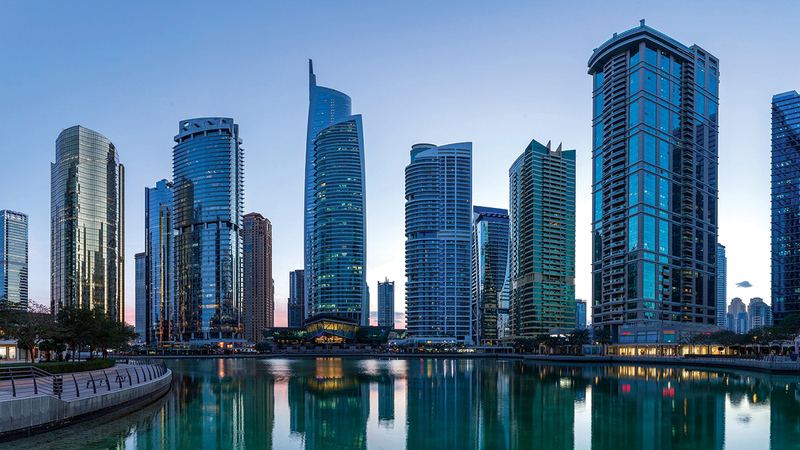 According to Home and Dubizzle,

The 9 best towers for rent in “Jumeirah Lakes” in Dubai

All the towers in the area provide various facilities for the residents.

A recent report by Bayut and Dubizzle for real estate services identified nine towers in the “Jumeirah Lakes” area of ​​Dubai, which it considered the best for rent for housing purposes, according to searches on the site.

The nine constellations are as follows:

It tops the list of the best residential buildings in the region, which includes apartments for rent.

This residential project consists of two towers: "Dubai Gate 1" and "Dubai Gate 2" tower. Both towers provide various services that cover all the needs of the residents, and it consists of 588 apartments.

The building also consists of two towers, "Icon 1" and "Icon 2".

“Icon 1” includes 43 floors, with a height of 151 meters, 40 floors of which are residential, comprising a total of 400 apartments, and three basement floors dedicated to parking. The same applies to “Icon Tower 2”, where both towers provide various facilities for residents, such as A dedicated children's play area, a barbecue area, and the rest of the recreational facilities common in Dubai buildings.

The tower is about 184 meters high and includes more than 400 apartments, as well as a multitude of shops and restaurants in the nearby neighborhoods.

The apartments in this tower are distinguished by their luxurious finishes and views of the Dubai skyline.

It consists of two towers “Gold Crest Views 1” and “Gold Crest Views 2”, where the first building includes 350 apartments for rent spread over 40 floors, the vast majority of which overlook the region’s lakes, while the average rent for a studio in this project is 33,000 dirhams, and the two rooms are 67 thousand dirhams.

It offers a range of the most luxurious facilities and service means, and enjoys its privileged location opposite the Dubai Metro station, in addition to its views of the lakes and Sheikh Zayed Road, especially on the upper floors, where the height of the 36-storey tower reaches 152 meters, and includes a total of 400 housing units. .

It is characterized by a wide range of international restaurants and supermarkets.

The apartments for rent in this tower are characterized by their large areas in general, and their luxurious finishes. The average annual rent is about 33,000 dirhams for studios, and 47,000 for “room and lounge” apartments.

This tower consists of 40 floors, all of which include the basic amenities for the residents, in addition to many recreational facilities.

The average annual rent in Concorde for a one-room apartment is 49,000 dirhams.